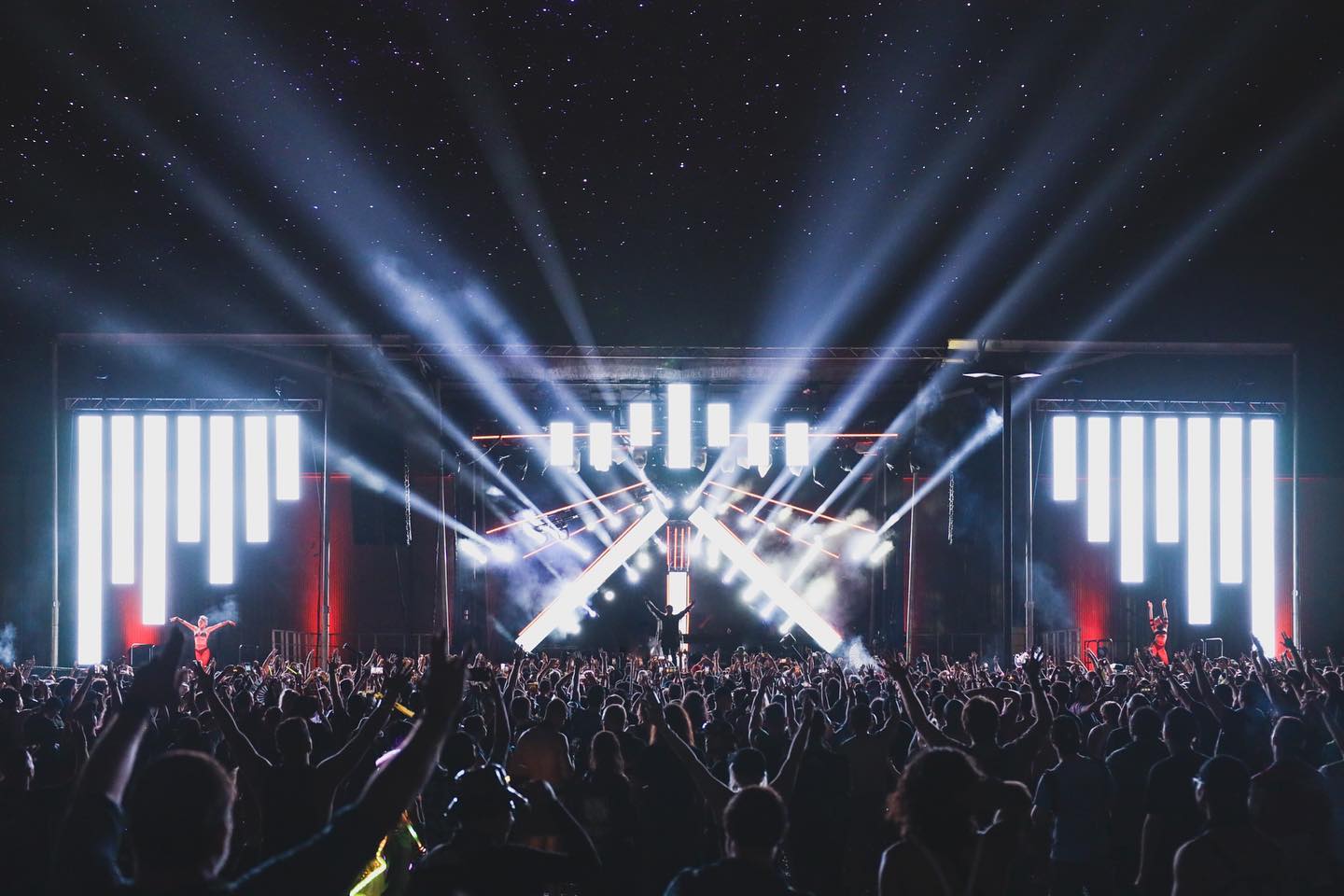 After what felt like an eternity, we can’t believe music festivals are a thing of the present now, and there was no better way of getting back in the game than by being a part of the phenomenal production that was Seismic Dance Event 3.3. The weather forecast might not have been the brightest last weekend, but this edition of Seismic Dance Event sure kept Austin shining with its pure house and techno bliss all weekend long. No matter what obstacles came in the way (and there were plenty), the Seismic team and the festival’s wonderful array of attendees still managed to serve nothing but immaculate vibes all weekend long.

Just a few days before the festival was supposed to take place, there were a few minor setbacks in regards to the original lineup, but Real Music Events worked their magic as per usual. In just a few hours, Seismic revealed Blacklizt (ZHU’s techno alias) and Deborah De Luca to replace Charlotte De Witte and Enrico Sangiuliano after announcing their inability to travel. Impressive? Yes. Day one of the festival finally came about and we could just feel the intensity of the spirited energy in the air from the moment we walked through the gates. While it was predicted to rain throughout all three days, Friday attendees brought nothing but sunshine and smiles to the festival grounds. It was the perfect “welcome back” gift from the universe to finally encounter like-minded music lovers and extraordinary artists happy to be back doing what we love most in this world under the same clear, sunny blue sky.

Highlights of day one included being able to socialize with strangers and make new friends now that everyone on-site was either fully vaccinated or submitted a negative Covid test, and of course, all the music. Every single set was phenomenal to say the least, and the energy in the air was simply unmatched. Westend and John Summit had the Tsunami stage lit up during the blazing hot daytime, while Lee Foss and Claude Vonstroke took the lead and had the crowd going wild for hours on end once the sun went down. Spencer Brown played the most breathtaking sundown set as he intertwined stunning progressive house and melodic techno sound elements at the Volcano stage, a set so beautiful that even a rainbow appeared once the quick sunshower came to an end. Iconic duo Deep Dish closed out night one with a striking blend of their nostalgic 2000s throwbacks and fresh techno-heavy ensembles. What a day Friday was, and it was only the beginning.

Day two was a bit of a different story, as the festival ended up being cancelled entirely after announcing the gates were going to open up at 5 PM instead of 1PM to wait for the rain to clear out. Sadly, it rained so heavily all morning that the festival grounds were completely flooded and declared unsafe for attendees. Comments on Seismic’s social media platforms were going off and everyone was extremely agitated with the situation, but Real Music Events came to the rescue with a pretty brilliant plan B later that evening. The event team announced parties at various clubs throughout Austin featuring headliners that were already in town such as SIDEPIECE, Walker & Royce, BLOND:ISH, Bob Moses, ARTBAT and The Martinez Brothers. With all these last-minute soirees and the already anticipated Nicole Moudaber afterparty at Mala Santa on the festival grounds, staying optimistic and confiding in the Seismic crew sure resulted in our favor. Seeing everyone make the best out of the situation and keep the party going until sunrise was such a noteworthy memory to be a part of, and it’s almost as if the Saturday festival cancellation didn’t even happen.

The rain kept pouring down on Austin all the way through day three, but we were ecstatic to receive the news that the festival would actually live on that day. Not even the muddy festival grounds could stop attendees from dancing their worries away on the final day, and it was a blast dancing in the rain with our ponchos on and umbrellas in the air until the rain finally cleared out around 6 PM. I guess it’s true what they say, you can’t have a rainbow without any rain, and the remainder of day three consisted of pure sonic magic with all of the amazing live music we got to experience on-site. Once dusk emerged and the moon began to shine as bright as ever, Phantoms dominated the Tsunami stage with their unparalleled mixing skills with tracks full of recurring vocal-focused melodies. Immediately after, future-house pioneer Tchami transported everyone in the crowd straight to church as he played his most electrifying set to date full of the most ethereal, deep house sounds we’ve ever witnessed. To close out one of the most spellbinding music festival experiences we’ve been a part of, Blacklizt absolutely snatched attendees’ souls from the moment his dynamic visuals and dominant artistic aura hit the Volcano stage once midnight rolled around. Listening to him intertwine heavy techno soundscapes and hypnotizing drops with his dream-like ZHU vocals felt like we literally entered another dimension, and it still feels like we haven’t fully returned to Earth after witnessing such a visionary moment in live music.

As the only house and techno festival in the South, Seismic Dance Event 3.3 truly lived up to its name with its jaw-dropping lineup of artists, stage design, art installations, vendors and just an overall heavenly production. Keeping us attendees as their number one priority throughout all the inevitable hiccups along the way, the masterminds behind it all reminded us why we love attending dance music festivals in the first place. Being able to co-exist as one under the same magnetic sky and getting to share genuine smiles with strangers on the same wavelength after so long was an indescribable, heartwarming feeling difficult to even put into words. Thank you Seismic Dance Event for drawing such an incredible crowd of beautiful humans and uniting us all on the dancefloor once again. Can’t wait until the next edition in November.