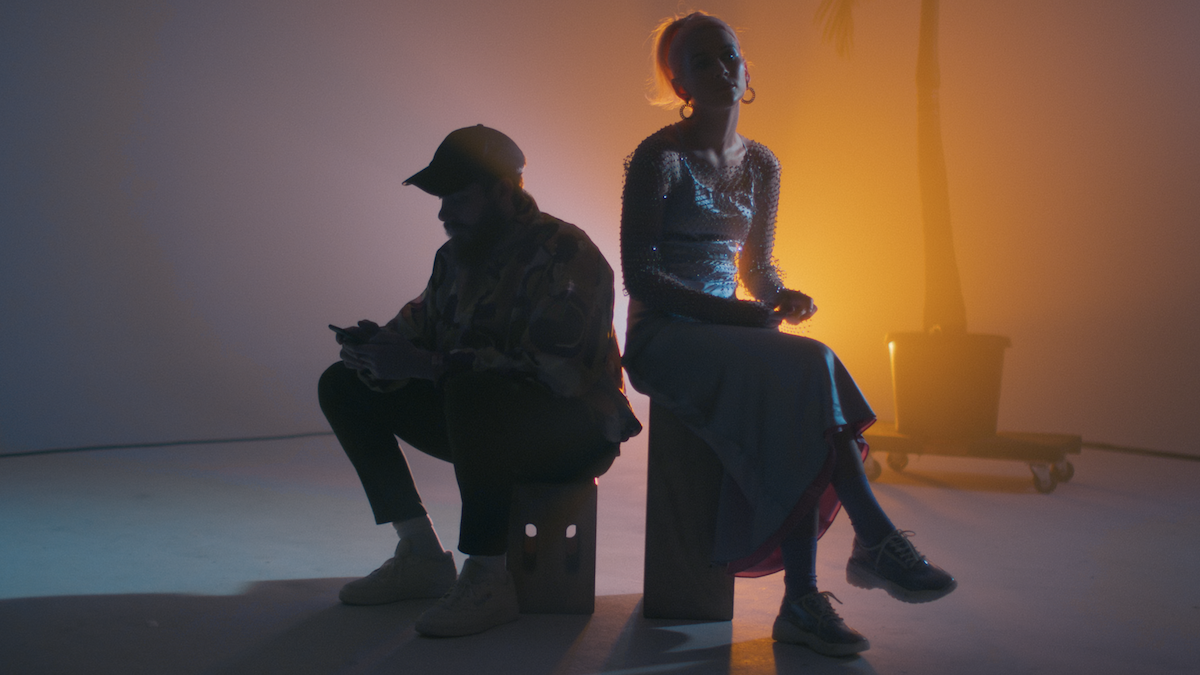 Vibrant Dutch artist and producer, San Holo, has released his highly anticipated single “Honest” featuring the alternative duo, Broods, out now via bitbird and Astralwerks. The track encompasses themes of keeping high spirits and positivity in one’s interactions, making us all feel 100% blessed to be hearing such an uplifting track to end this long month of January.

Although San Holo originally created “Honest,” it turned into a collaborative project with Georgia Nott from Broods and San Holo’s co-writers, Kyle Shearer and Nate Campany. The official video, directed by Mason Thorne (Koda, Ian Wellman), showcases San Holo and Georgia Nott while paralleling the sincerity of the song with exaggerated surroundings.

“‘Honest’ is a song I wrote a few years back about being honest in every aspect of your life. It delves into the idea of being as genuine as possible when you meet someone, even if nothing comes of it. I would rather be transparent from the start than create a false sense of who I am or what I expect.” – San Holo

San Holo plans to debut his live band with an extra special one-off show on March 21st at San Francisco’s massive Bill Graham Auditorium with other festival performances lined up right before at M3F and Okeechobee. In the spring, he will be making stops in locations like South America and Asia for more internationally renowned festivals.

By consistently showing us his transcending blend between guitar and vocals, the Dutch producer and artist has created a signature style that makes him one of the biggest creative influencers in electronic music. With huge milestones in the earlier stages of his career such as his remix of Dr. Dre’s “The Next Episode” which garnered more than 200 million streams on YouTube, and his 2016 hit single, “Light” which holds more than 150 million digital streams, he continued to evolve his sound as he released his full-length debut album on his own record label, bitbird, album1, in 2018. This album premiered at No. 7 on the Billboard Dance/Electronic Album chart and sparked a global tour across North America, Europe, Asia, and Australia. San Holo previously performed at festivals globally including Coachella, EDC Las Vegas, Lowlands, and more. The lively producer is at work on his sophomore album and will no doubt continue to stay true to his art.

New Zealand-born siblings, Georgia and Caleb Nott, AKA Broods are a dynamic duo that first had their stardom with their 2014 full-length album Evergreen and their prominent single, “Bridges.” The band’s 2016 follow up, Conscious put out the Platinum-selling hit single, “Free” with Lorde having co-penned, “Heartlines.” The pair has touring internationally under their belt along with performing at major festivals such as Coachella, Lollapalooza, and Outside Lands. Broods has shared stages with notable artists like Ellie Goulding, Sam Smith, and most recently, Taylor Swift. Their third studio album, Don’t Feed The Pop Monster, won critical acclaim which contained major single, “Peach.” Broods will be accompanying Tove Lo for a couple of West Coast show dates in February.