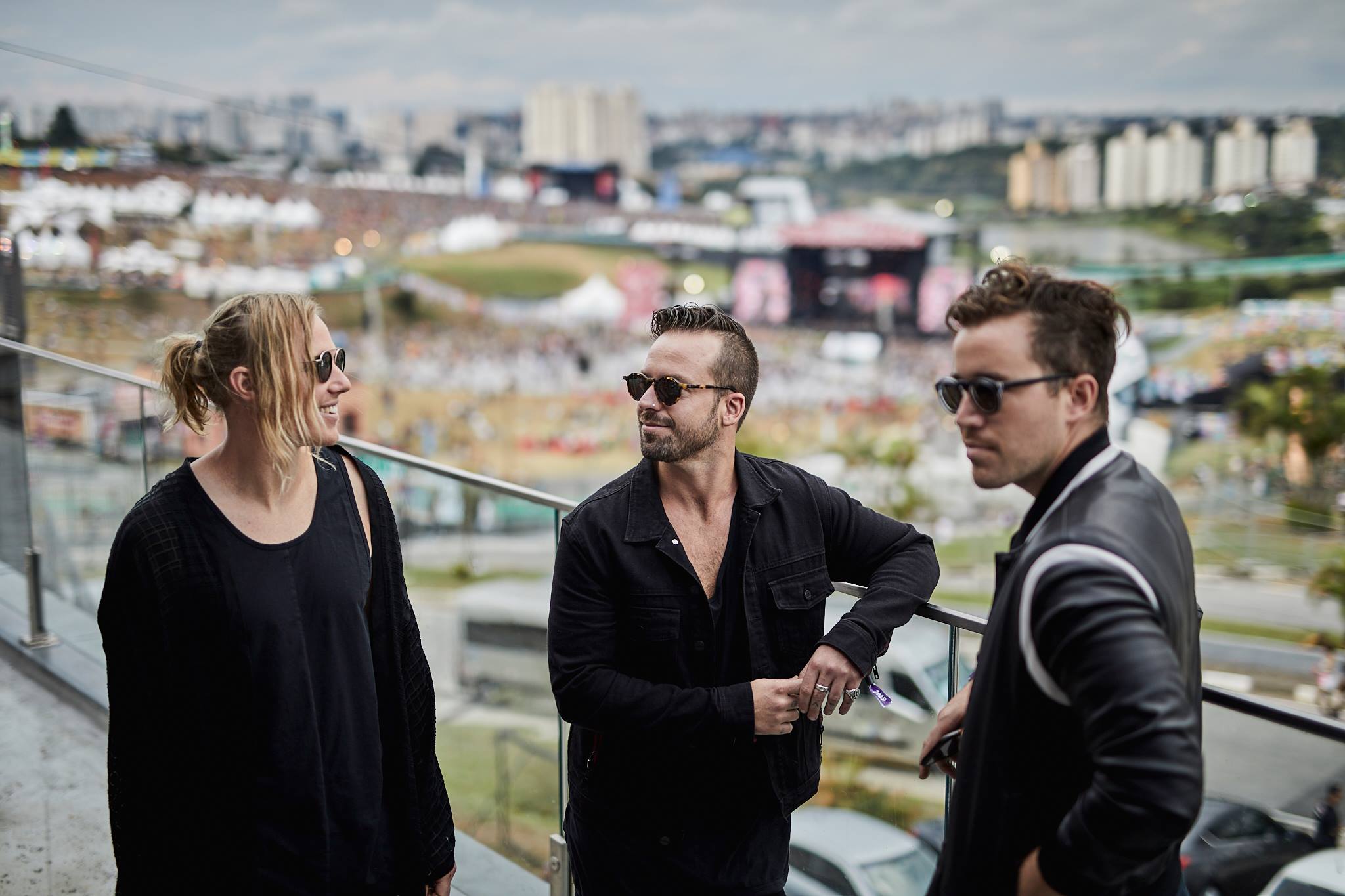 The GRAMMY-nominated Australian trio, RÜFÜS DU SOL has delivered an enchanting remix of “No Time” from electronic sibling duo, Lastlings out now on Astralwerks.

Both musical acts have a history of working together since the band discovered the rising duo early in their careers in 2018. They ended up signing them to their exclusive label Rose Avenue, and since then RÜFÜS DU SOL has played a defining part as mentors to Lastlings. Back in 2019, they were invited to the SOLACE World Tour and have now provided a beautiful foundation for an exciting rework of their single, “No time.”

This release marks RÜFÜS DU SOL’s third remix as it follows their previous renditions of “The Runner” by Foal and “It’s Only” from ODESZA. The group has made a return after a long period spent during quarantine isolated in Joshua Tree. They took some time to relax and work in the studio on their potential next project.

“A few years ago when we first met Josh and Amy, they played us the demo for ‘No Time’ among others – we loved it – that bunch of demos was one of the things that pushed us to start the label we’d been talking about for a long time. We’re stoked to be able to put our spin on an already incredible track!” -RÜFÜS DU SOL

RÜFÜS DU SOL’s remix of “No Time” represents the exponential growth and achievement that Lastlings has earned over the last year. After the duo signed to Astralwerks, they landed additional reworks of their hit single, “Take My Hand” from Totally Enormous Extinct Dinosaurs and Torren Foot. Lastlings’ Japanese heritage influenced both “No Time” and “Take My Hand” as they brought in elements of Kazuo Ishiguro’s dystopian novel Never Let Me Go and their favorite anime series Your Name by Makoto Shinkai. They intertwined these inspirations with their clean pop songwriting and glorious visuals. Lastlings also provided the album-title remix for RÜFÜS DU SOL’s “Solace” last summer, and earlier this summer, were brought on deck again by the band to launch their debut Rose Ave Radio show on SiriusXM.

“‘No Time’ is one of our favourite songs from our upcoming album, so when we heard our friends and mentors RÜFÜS DU SOL were going to remix it, we were so excited about what they would create. The remix is an amazing journey and we absolutely love it! Eagerly waiting for the moment we’re back together moving to it on a packed dance floor.” -Lastlings