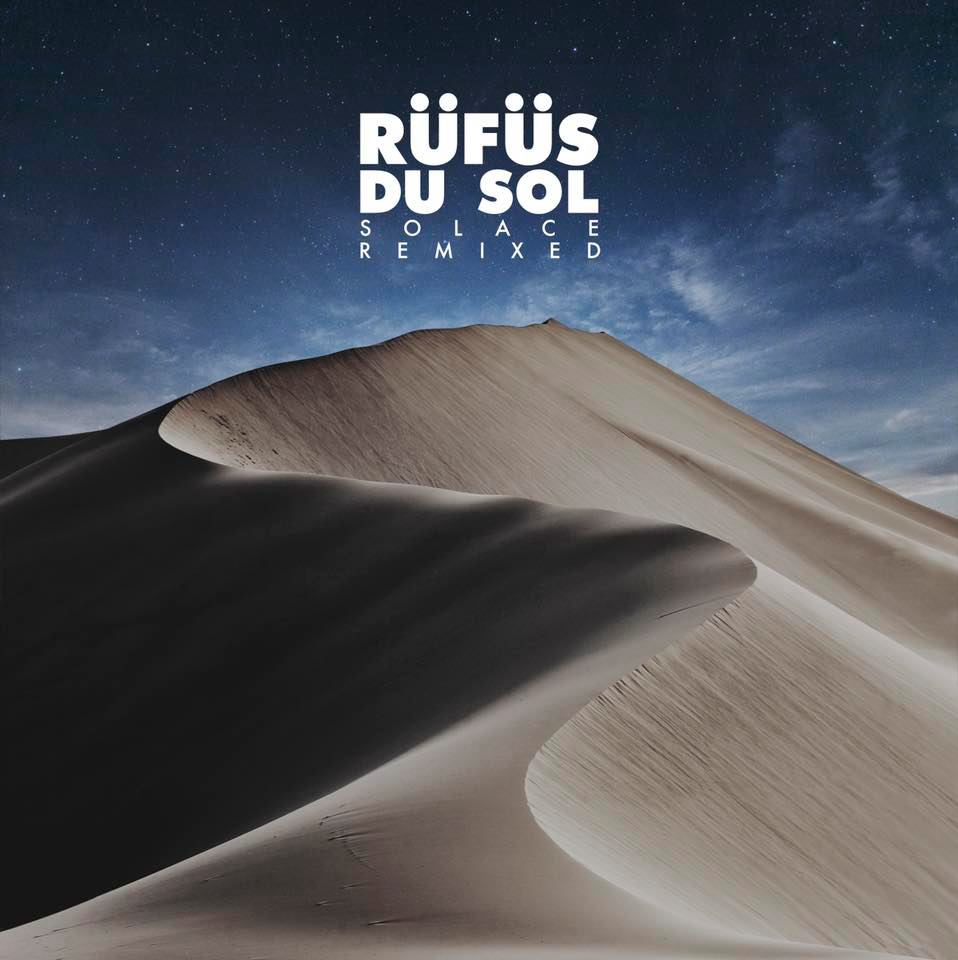 Marking nearly one year since the release of their highly-celebrated third studio album SOLACE, RÜFÜS DU SOL return with an 18-track remix collection, released on their own Rose Avenue imprint and Reprise Records. The band meticulously selected producers from around the world to craft their SOLACE originals into unique renditions for the club space. Bringing a whole new soundscape to favorites like “Underwater,” “Treat You Better,” and “Lost in My Mind,” the album features house and techno heavy hitters like Adam Port, Audiofly, Edu Imbernon, Gerd Janson, Hot Since 82, Justin Martin and Will Clarke, along with rising stars like Mathame, Willaris. K, Made In Paris, Cassian, and Lastlings.

Over the course of the year, RÜFÜS DU SOL have treated fans to half of the remixes on the album, including an “Underwater” edit from Keinemusik’s Adam Port, a brassy rendition of “No Place,” from Dirtybird’s Will Clarke and a blissful atmospheric version of “Treat You Better” from label kin Cassian. Recently the band debuted three reworks from a contrasting group of artists which include a shadowy remix of “Solace” from edgy electronic duo Lastlings, a celestial take on “All I’ve Got” from Italian brothers Mathame, and a cinematic rendition of “No Place” from composer Eelke Kleijn. Now they deliver nine new forward-thinking remixes from selectors and scene shapers like Hot Since 82, Justin Martin, Gerd Janson, Edu Imbernon.

SOLACE REMIXED serves as a testament to RÜFÜS DU SOL’s rich history within club culture and their newfound roles as global curators within the space. In re-telling the story of SOLACE through the voices of so many diverse creators, the trio reveals their own eclectic palate and a look inside the tracklist that’s been distinguished with their DJ sets. The band reflects on the people and places that have influenced them within the underground, creating an everlasting journey through nostalgia and sentiment.

RÜFÜS DU SOL continues along their massive SOLACE World Tour this month, seeing them next across two sold-out nights at the iconic Red Rocks Amphitheatre and their largest headline show to date at Los Angeles State Historic Park. The band also just announced headlining performances at preeminent festivals including Beyond The Valley in Lardner, Australia, Lost Paradise in Glenworth Valley, Australia and Envision Festival in Uvita, Costa Rica.

Broken Back & Alle Farben Unite for “One By One”