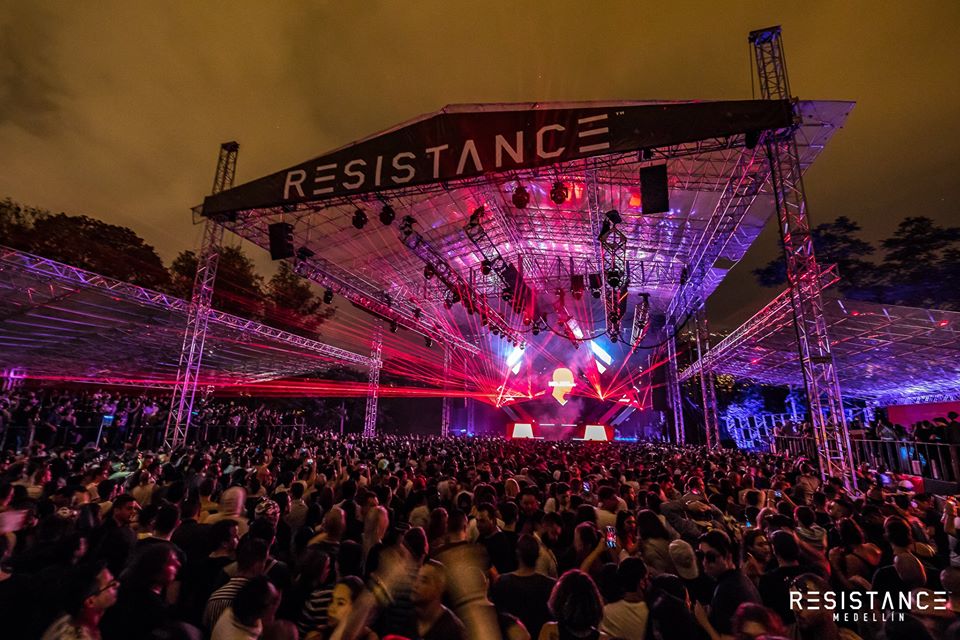 Following an extraordinary debut of the instantly-popular RESISTANCE Island on Virginia Key last March, ULTRA Worldwide’s revered house and techno brand RESISTANCE will return to Bayfront Park on March 20 – 22, 2020, with a very strong roster of talent and brand-new staging format that has its heart set on mesmerizing concert goers.

Global brand ambassador Carl Cox will expand his staple Carl Cox Megastructure to run all three days of the festival for the first time ever at Bayfront Park to celebrate 20 years of Carl headlining Ultra Music Festival. Carl Cox will perform three times across the weekend; his own solo set, a world B3B debut alongside house heavyweight Jamie Jones and New York-based tech-house group The Martinez Brothers, and finally his first-ever American back-to-back appearance with techno architect Maceo Plex.

RESISTANCE is definitely getting bigger and better, in 2020 featuring a new stage, extended hours, and a world-class lineup. Belgian techno artist Amelie Lens will make her Ultra Music Festival debut showcasing her illustrious mixing prowess and her comprehensive arsenal of tech records. This year’s headliners include Richie Hawtin, Nic Fanciulli, Pan-Pot, ANNA, and Eats Everything will all deliver beautifully crafted underground sounds that enchanted more than 50,000 techno and house fans during RESISTANCE’s third annual nine-week Ibiza residency this summer at the world’s biggest nightclub, Privilege.

Lastly, RESISTANCE Miami will be located on the northern perimeter of the newly revamped festival layout and will feature several areas including the debut of The Cove. The new area has earned the name The Cove because of its unique waterfront positioning featuring the Biscayne Bay to the east and Biscayne Boulevard to the west. This great new stage is tucked snugly under the palm trees in the heart of downtown Miami and will capture the vibe and spirit of RESISTANCE Island.

Dance music fanatics from far and wide are ecstatic to return to Bayfront, and RESISTANCE is waiting for you all. Learn more and get your tickets here.