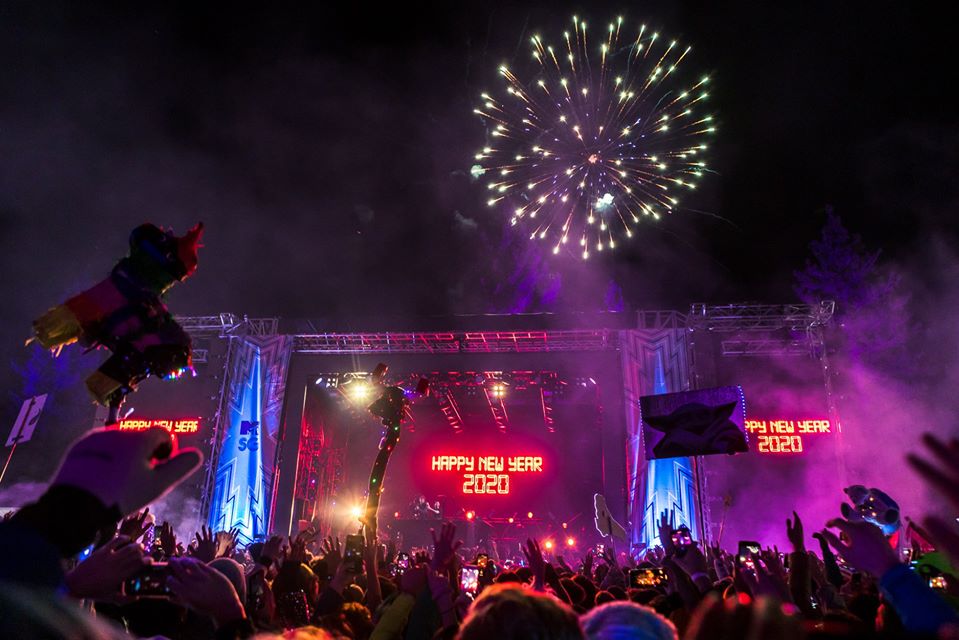 Returning for its 9th consecutive year, MTV’s SnowGlobe Music Festival welcomed 2020 with three full days of festivities, giving this year’s attendees the opportunity to welcome the new decade with some of the hottest artists in music, while involved in a fully immersive winter experience.

SnowGlobe Music Festival differentiates itself from other festivals, taking place in the snowy winter wonderland, as the treasured event is held in beautiful South Lake Tahoe. The setting emerged to be a picture perfect snowy wonderland, catering with 3 unique stages, professional snow stunts, a blended palette of food and beverage options, and more.

Celebrating the end of the decade, MTV hosted some of the hottest artists in the scene, providing an assortment of genres on its 2019 lineup. Artists such as Louis the Child, E-40, CloZee, Fisher, Kyle, Vince Staples, GIGANTIC NGHTMRE, GRiZ, Tchami B2B Malaa, and Zhu had blessed the mainstage, with electronic veteran Skrillex bringing in the new decade. Adjacent to the mainstage, MTV instilled a snow ramp and brought a professional team of fire dancers as well as snow athletes who performed a variety of flips, turns, and stunts on their skiis and snowboards as fiery torches would light up, wowing and energizing the crowd.

Highly popular artists Doja Cat and Kah-lo melted the ice with their hot vocal performances held in the Igloo Stage; this year’s only covered-tented stage. Accompanying the 2019 Igloo stage lineup, SG Lewis, SNBRN, PLS & TY, and a number of other musicians kept the crowd knitted together, catching glimpses of the disco covered walls. With the amount of body heat and fun that everyone had dancing in their snowsuits, festival goers were able to stay toasty in the enclosed tent.

Artists such as Midnight Kids, Pax Impera, Elohim, MadeinTYO, and many more graced the beauty of the Sierra Stage, lit up by colorful LED block-formations and enclosed by the natural trees of the forest. As a returning stage of previous SnowGlobe Music Festivals, this stage served its purpose, showcasing a variety of eclectic artist performances, while also being conveniently located near drink & food stations, souvenir shops, and the restroom pitstops. The stage held experimental and engaging sets while also possessing a vivid visual aesthetic, as the color changing lights amongst the forests’ pine trees created a fantasy-like setting, and the snowfall from the dreamlike environment appeared as glittering confetti.

The festival’s artist lineup was superb, with Louis the Child, Zhu, and a number of other acts bringing their refreshing and playful sounds, while the stages allowed them to showcase their skills on live instruments, accompanied by their electronic backgrounds. SnowGlobe’s 2019 roster brought extraordinary experiences to life, gracing the grounds with chanting excitement and memories that will last a lifetime. As the 9th successful year comes to a close, SnowGlobe 2020 is sure to be one weekend fanatics shouldn’t dare to miss, celebrating a decade of memories in beautiful South Lake Tahoe.