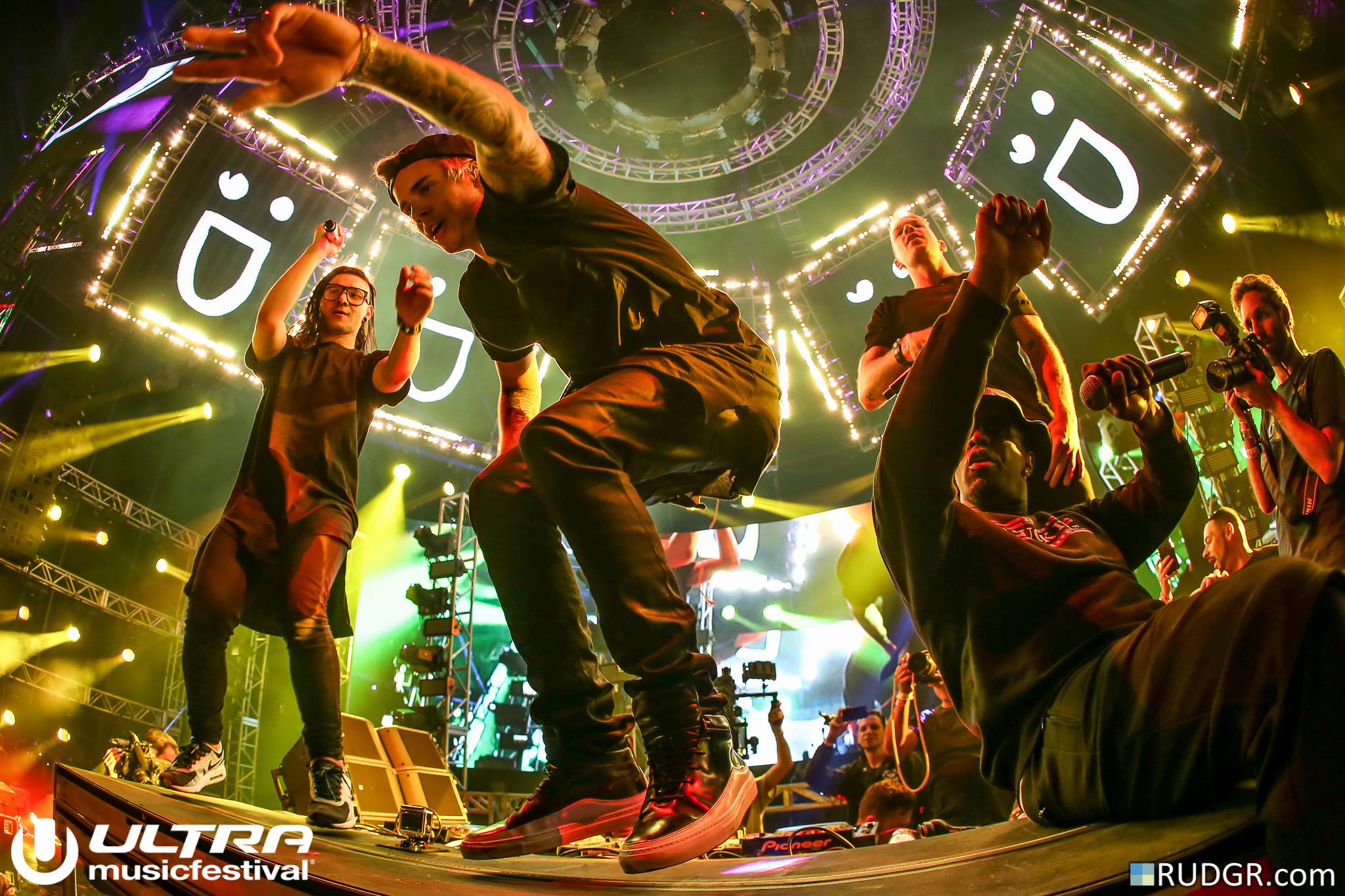 The closing at the Ultra Music Festival main stage was one to remember this year with a slew of special guest performances, a visual experience, fireworks and pyrotechnics, and thousands of likeminded partygoers.

Skrillex, who was slated to perform at the main stage from 10-11 p.m. on Sunday, March 29, brought along his friend and collaborate Diplo for a full-on Jack Ü closing extravaganza. The hour-long live set was filled with surprise guests and performances. Jack Ü music included their remix of Beyonce “711,” “Febreze” with 2 Chainz, “Get Free,” and their latest monster release “Jungle Bae” featuring Bunji Garlin.

The 40+-track ensemble showcased new material from Sonny Moore including “Make It Bun Dem” with Damian Marley, “Cinema,” “Kyoto” featuring Sirah, “The Devils Den” with Wolfgang Gartner, “All I Ask Of You” featuring Penny, “Breakin’ A Sweat” with The Doors, “Stranger” with KillaGraham and Sam Drew, and “Bangarang,” among others.