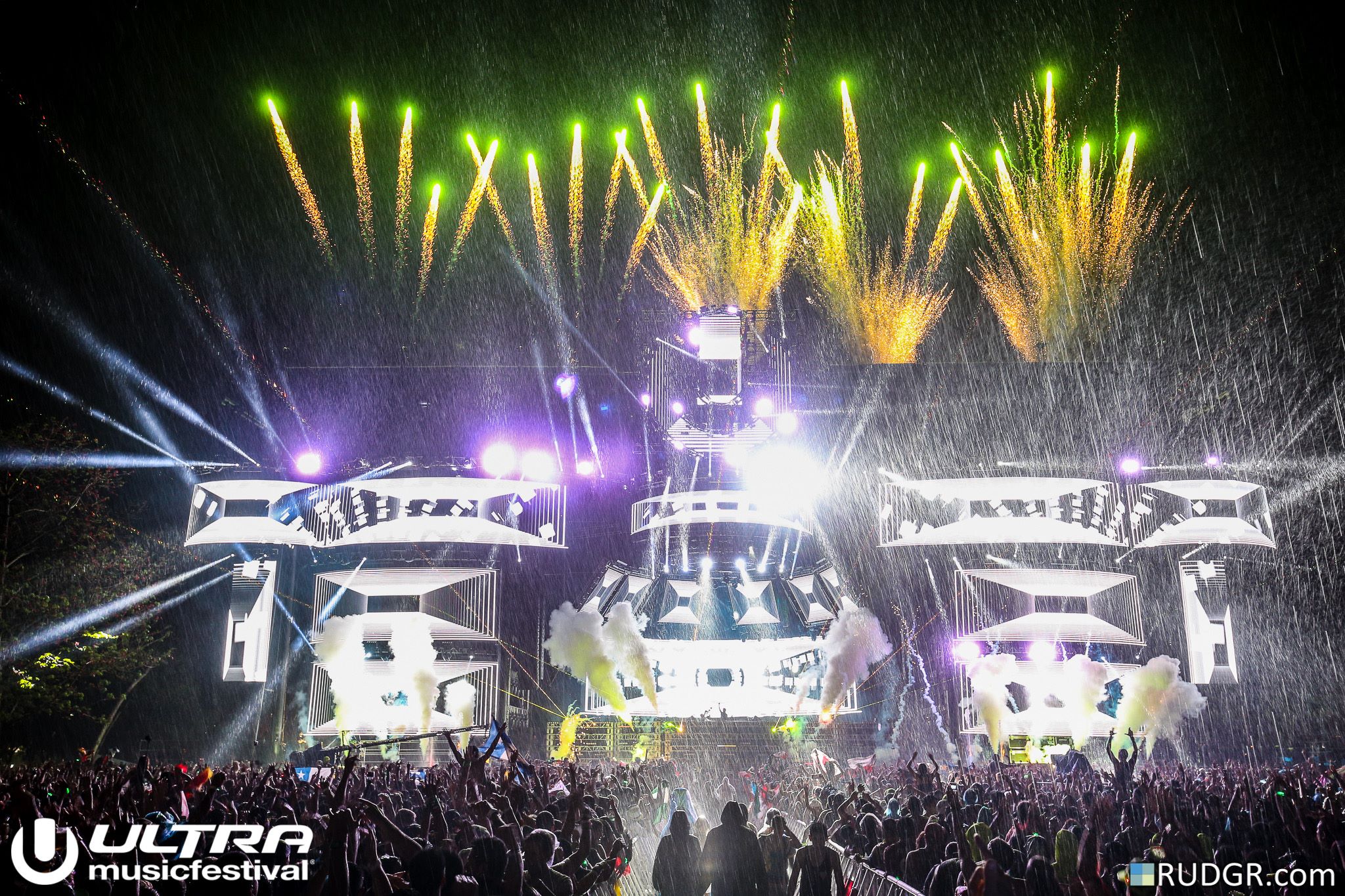 It may have been raining during Afrojack’s showcase at Ultra Music Festival on Friday, March 27, but that didn’t stop his fans from flocking to the main stage. The hour-long showcase from the Dutch DJ and producer remained high energy throughout its course, incorporating more than twenty tracks.

Nick van de Wall—better known to fans as Afrojack—returned to the Ultra main stage for another action-packed set to kick off festival season.

Beginning with his traditional “Bangduck” Intro Edit and “Take Over Control” featuring Eva Simons, “Pacha On Acid,” and “Ten Feet Fall,” Nick also brought Twista on stage for a live performance of “OraOra.” Showcasing new material, his remix of “Hey Mama” by David Guetta feat. Nicki Minaj, and “No Beef” with Steve Aoki feat. Miss Palmer, Afrojack closed with his 30 Seconds To Mars “Do Or Die” collaboration with DubVision “Turn It Around” and “Take Over Control.”