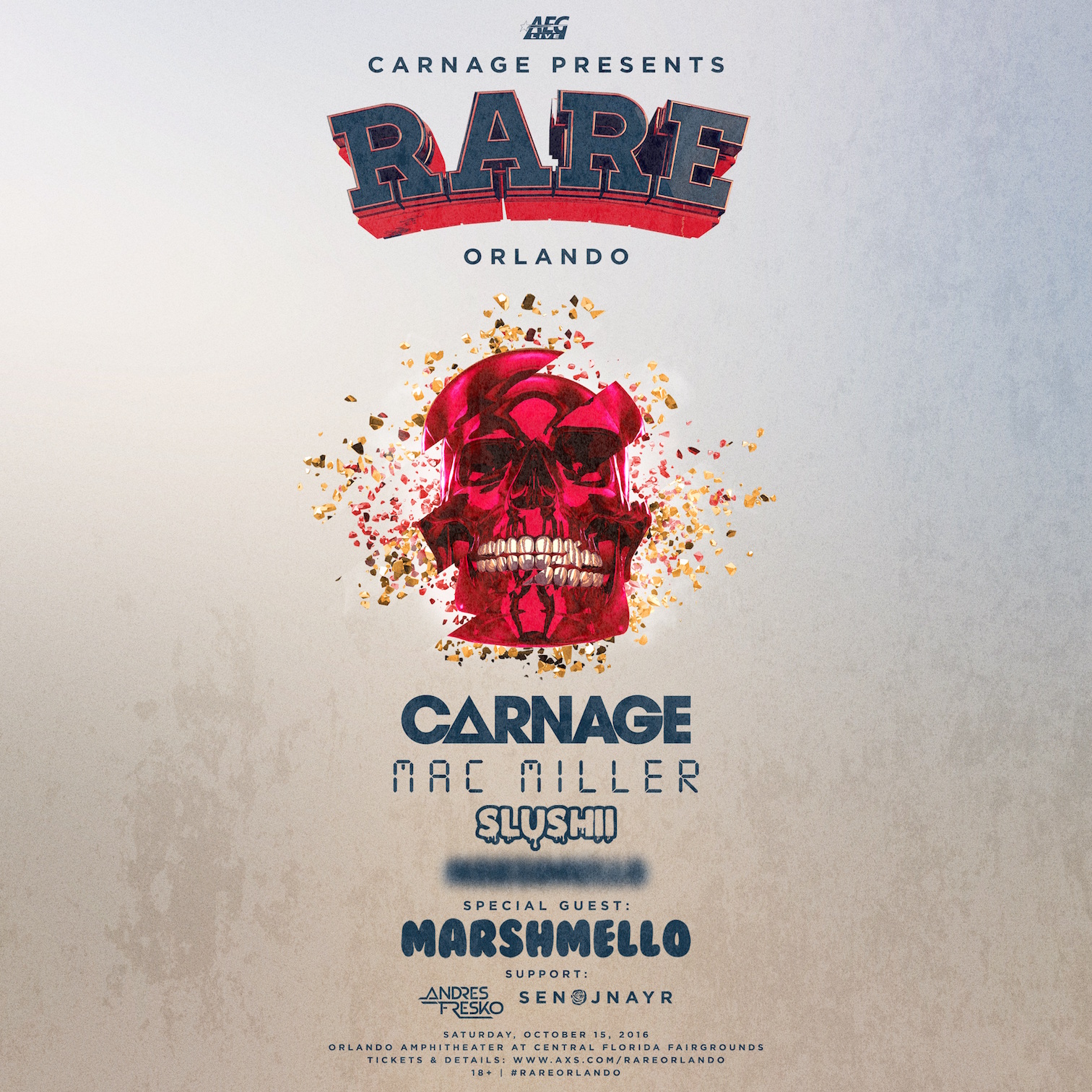 Marshmello has been taking over social media on his worldwide ‘Ritual” tour, along with Slushii, Ookay, and Speaker of the House. He will stop to throw down at RARE with Slushii, and Mac Miller who has also made headlines with the recent release of his album, The Divine Feminine.

The Central Florida Fairgrounds has hosted a wide range of events and talents of various genres. Some of these include Life in Color, reggae and country fests, the Florida gun show, and various livestock and agricultural fairs.

Tickets are on sale and can be purchased HERE. The event is for patrons ages 18+ and begins at 3 p.m. on Saturday, October 15. Don’t miss out on this one as tickets are selling fast.