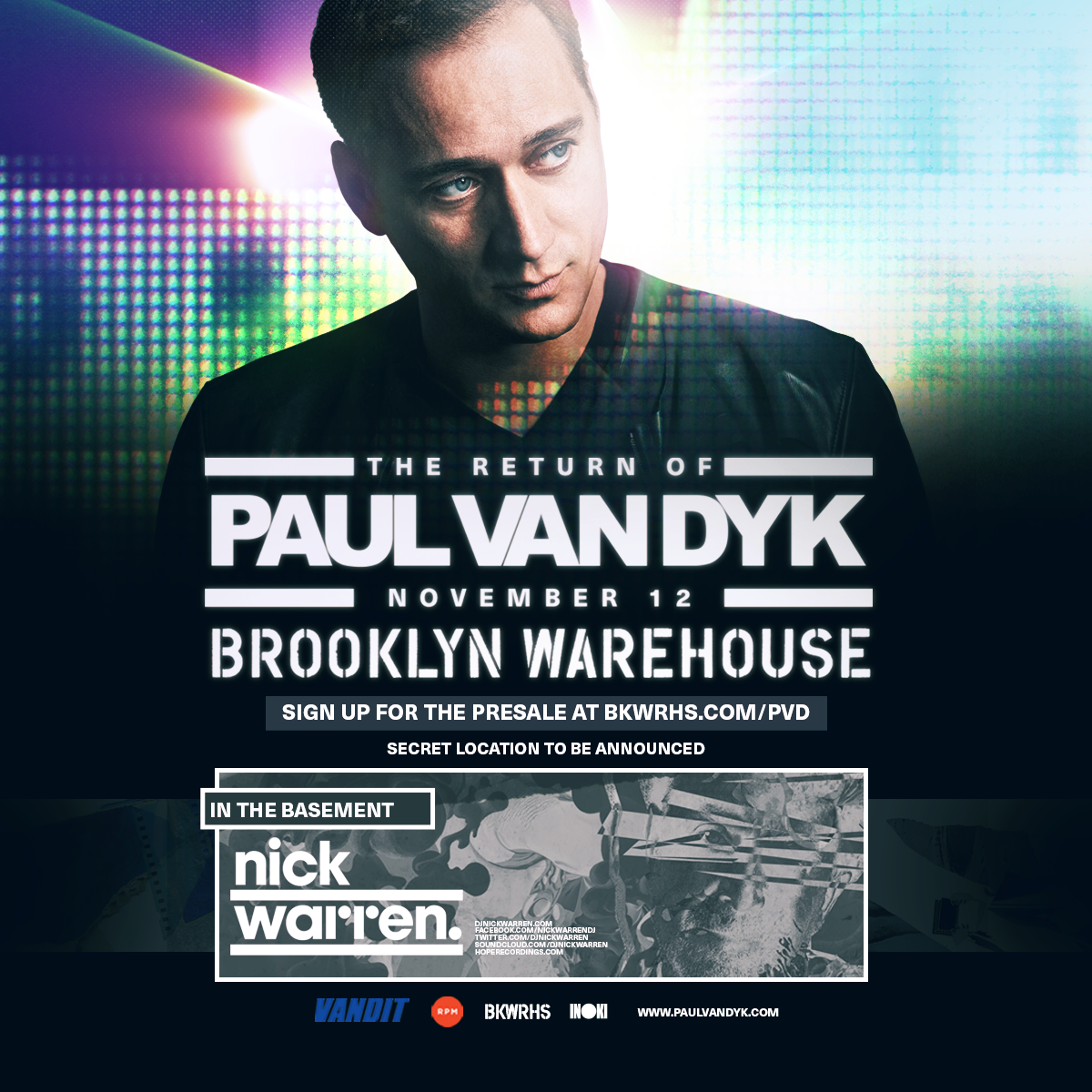 Paul van Dyk is making his New York City return on Nov. 12th with Nick Warren and we’re giving away complimentary tickets and a signed vinyl

On Sat., Nov. 12, trance icon Paul van Dyk returns to the Big Apple—and this time, he’s coming to a Brooklyn warehouse. RPM Presents’ latest installment in their notorious BKWRHS series, along with Inoki Party, which brings PvD along with Nick Warren in the basement, with secret location to be announced at a later date. Enter to win a pair of complimentary tickets and a vinyl signed by the trance legend himself, below:

The “For An Angel” legend has garnered an unforgettable trance discography, including studio albums Politics Of Dancing, In Between, Reflections, Out There and Back, and Evolution. He’s been called upon on the biggest names in the industry to remix their creations, he’s released countless singles and collaborations, and crafted many compilation albums. In addition to his uplifting tunes, Paul has also become known for his Vandit Records imprint, which has become an industry staple that consistently releases quality, euphoric trance productions.