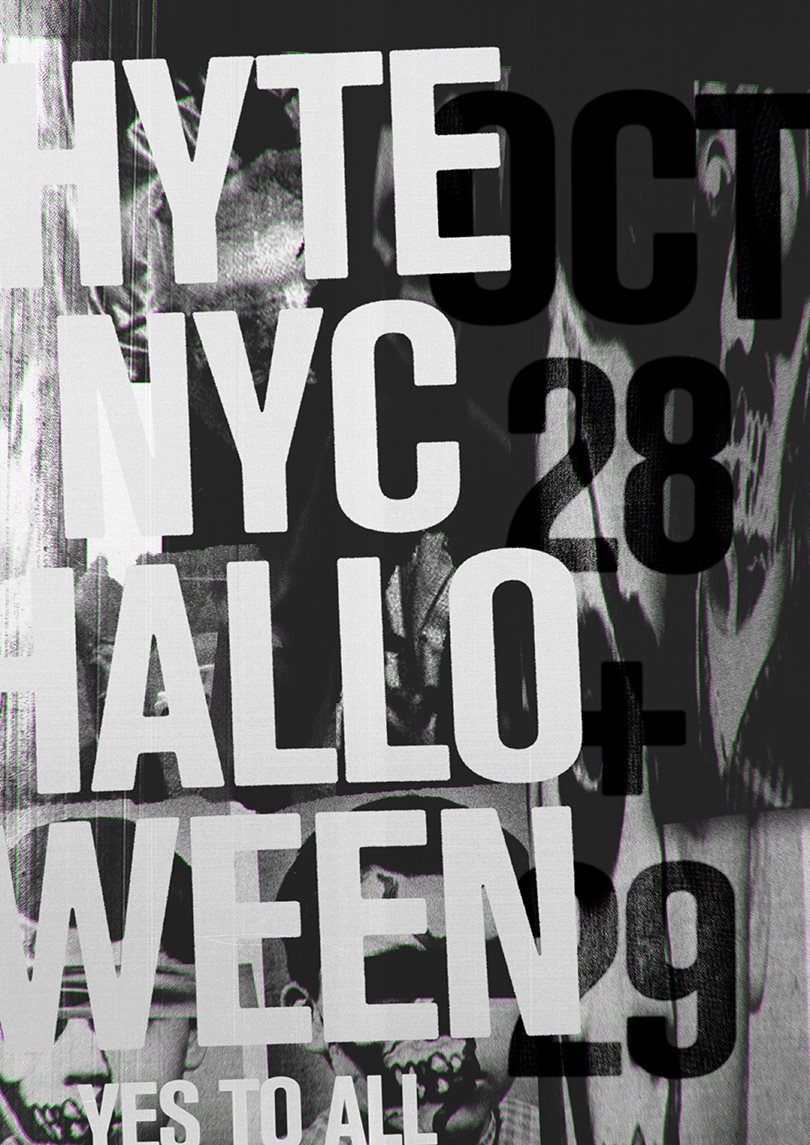 HYTE is a global event series that hosts international DJ headliners, upcoming talent and various music labels and brands. For techno fans looking for Halloween weekend plans, this is a festival with world renowned headliners that cannot be missed. Other HYTE locations in the world are Amsterdam, Beirut, Berlin, Croatia, Ibiza, and Italy.

After a massive two-day warehouse event for Independence Day this past summer, HYTE is back for an epic Halloween weekender taking place October 28th and 29th. The event is fittingly labeled Creeping It Real, and so far, the lineup consists of Chris Leibing, Paco Osuna, Drumcell for Friday and Loco Dice, Derrick Carter, Guti (live), Culoe De Song with more to be announced. The location is still to be announced, and the last HYTE event took place at Brooklyn Hangar. The Friday headliner, Chris Leibing, is a German techno DJ and producer, known for his labels CLR and Spinclub recordings, and his Cocoon Ibiza residency alongside Carl Cox. Spanish DJ Paco Osuna will bring the dark, pure techno beats that the true techno fans will appreciate and which will set the mood perfectly for Halloween. Osuna has a loyal fan base following, and was named Top Techno DJ and DJ of the year for Spanish Vicious Music awards.

Saturday’s headliner and the main attraction, Loco Dice, is a master of mixing creative techno melodies that the crowd gets lost in, with hip-hop and house as his roots—giving him a unique and distinct sound. Loco Dice is very talented and respected for his ability to tell a story within the multiple loops that techno constitutes of, with each and every one of his sets being expertly thought out. Loco Dice is a staple in Ibiza summers and HYTE parties all over the globe. While the headliners have 10-20 years of experience behind the decks, the up-and-coming producers will be showcasing their talents to you first, along with more to be announced! With a VIP ticket option offering prime seating, VIP bar, and separate bathroom, this two-day international festival will be one for the books and not to be missed by the NYC techno fans this Halloween!