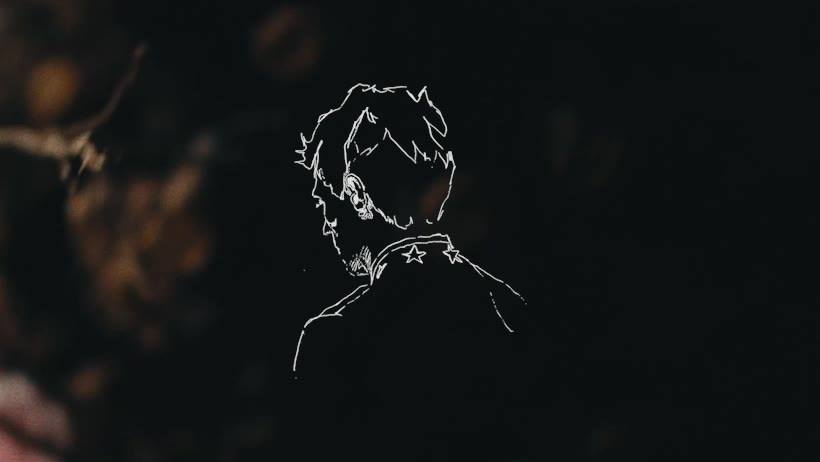 German creative Christian Löffler finally set foot in NYC and showcased his stunning music production and live mixing skills during this year’s highly-anticipated Cityfox Live Experience. An artist both in the studio and on paper, Christian Löffler continues to prove his extensive mastery in all spectrums of the art world.

With only three months in, 2020 has already exposed a tremendous amount of success for Christian Löffler, and the rest of the year is bound to be a hit with the release of his newest album project titled Lys, out yesterday, March 20, and all the touring ventures set to accompany its highly-awaited release once things settle back down. This time around, he’s even been responsible for the album’s artwork. Every track is accompanied by a particular painting of his own, making the entire project even that much more inspiringly beautiful. A few tracks from Lys such as “Noah”, “The End”, and “Versailles(Hold)” had been leaked prior for listeners to get a slight feel of what the rest of the album would consist of, and in due time, we finally get to bask in the beauty of its entirety.

Löffler’s downtempo house and ambient techno sounds have always set him apart from the rest, and we’re thrilled to have been a part of his grand debut at the Cityfox Live Experience, which is honestly the most perfect live music event for his particular sound style. Cityfox Live is meant to unite house and techno enthusiasts in an underground setting full of some of the most renowned electronic sounds that exist today, and allow attendees to get a feel of what these incredible artists constantly do in the studio while performing on stage.

The Cityfox Live Experience took place at the prodigious Avant Gardner venue in East Williamsburg, in which Christian Löffler played at its cutting-edge and exotically designed Lost Circus. We got to talking with him ourselves before he took over the stage and completely mesmerized us all with his entirely live performance, as he shared details on his upcoming Lys album release, future tour announcements, and stories about those little moments in life that tend to spark his creativity constantly. Make sure to check out our official Nocturnal Times Interview with Christian Löffler during his grand Cityfox Live debut below!

Nocturnal Times: How does it feel to be a part of the Cityfox Live Experience and lineup for the first time here in New York City tonight?

Christian Löffler: It’s very exciting, I’ve recognized these Cityfox events for years so it feels really good to come here and finally get to play! Im super excited since its an entirely live event and a few of my favorite artists/friends are also playing and I cant wait to check out their talents on stage.

Nocturnal Times: What should we expect from your Cityfox Live Experience set? Will you be experimenting with any new instruments/sounds on stage that you normally wouldn’t put on during a live show?

Christian Löffler: Yes, its all kind of a pretty open concept so that I can improvise during my set. I’m using a keyboard to create most of the melodies with while mixing everything live with the computer, along with all the controllers that come with that and live drums as well. I don’t normally use the keyboard so much so that’ll be a bit of a challenge but I’m excited

Nocturnal Times: Can you tell us more about your album Lys that will be released pretty soon? What’s the story behind what inspired the creative process for it?

Christian Löffler: Lys will be coming out on March 20th, which is very soon wow! I just released one of its tracks titled ‘Noah’, which will be the last track release before the entire album is out. The whole album is basically inspired by picking up painting again. I recently got back into it and its helped with my creativity a lot. I stopped the whole art and painting part of it all once I got super into the musical aspect of my career, and all the touring really wore me out a lot so I decided to get back into drawing and painting and take a break from music. But in return, it actually inspired me to create new music and thats where the album came from.

Nocturnal Times: Lys is a special album because you’re the artist behind all the music and its artwork. Would you say that painting always inspires your music first or does producing music sometimes inspire your art as well?

Christian Löffler: You know, it depends on whats going on in my life at the moment or how I choose to view things. Looking at art and creating it is always inspiring, so most of the time it just makes it so easy to create music. But if I hear a melody I think of a painting I saw at a gallery or something, and it makes me want to re-create it and paint as well. They work hand in hand though for sure.

Nocturnal Times: Does each song on the album have its own story and unique artwork to go with it or is it just one cohesive background story?

Christian Löffler: There are a few paintings that are meant for one specific song. I don’t have a painting for every single song on the album, but for the singles I do, they’re the cover photos on Spotify and I’ve posted a few on my social media as well as each track has been released. The cover art for ‘Noah’ was actually one of the first paintings I did, which is the one that originally inspired the entire album so its directly connected to that track specifically.

Nocturnal Times: Why the name Lys for the album? What does that title mean to you?

Christian Löffler: I take a lot of trips to Scandinavia since I live in the northeast part of Germany which is pretty close to Denmark. From time to time I go there and to Copenhagen to record tracks with artists who I want to collaborate with who are also in these areas. I was in Denmark when I chose to get back into painting so the city is very special to me since it sparked the album’s creative process. Lys actually means light in Danish, and I thought it was the perfect title for the album since my music production light turned back on in Denmark.

Nocturnal Times: You mentioned touring was pretty exhausting at one point, have you figured out the right balance and knowing when its time to take a break and focus solely on creating?

Christian Löffler: Yes, touring is definitely exhausting after a while but I do enjoy it. I think that once you start feeling drained its time to stop and take a break to just reflect and focus on life because if not it’ll affect your artistic abilities in the long run. I’m excited to begin touring now that I’ve relaxed and focused on this album for some time now. I’m ready to play in new cities outside of Europe like here in the U.S, later this year!