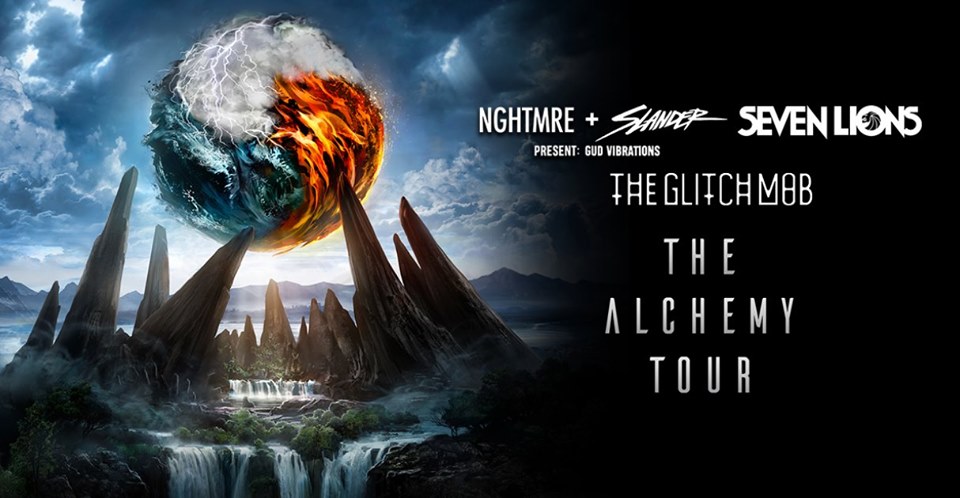 The Alchemy Tour has been going full force since its start last month and will be making a hometown return for NGHTMRE next Tuesday, September 17th at the Red Hat Amphitheater in Raleigh, NC. He will not be taking the stage on his own, however, but will be performing with SLANDER in their famous trio known as Gud Vibrations along with Seven Lions and The Glitch Mob, as well as support from Huxley Anne.

Each of these artists has curated their own unique style, and this tour will bring these mystifyingly heavy sounds in electronic music to life. The audience can expect Gud Vibrations to bring the bass, Seven Lions to deliver whimsical and melodic tunes to their ears, and for The Glitch Mob to perform a groundbreaking live synth performance.

It is no surprise that this group has come together to create an epic tour since they are some of the most respected names in the industry. Gud Vibrations performs as a trio, unlike the live set styling of the trio in The Glitch Mob, but also releases their music under a record label of the same name, Gud Vibrations. Seven Lions also founded his own record label, Ophelia, in 2018. By doing so, he has been able to take his own creative liberty with his music, and fans hope he will unveil some new releases during this tour.  After a massive success this Labor Day Weekend at New York City’s Electric Zoo festival, Ophelia Records continues to pave the way for its growing roster of budding talent. The label took over the Riverside Stage on day three of the Zoo and hosted label head Seven Lions along with friends and collaborators Said The Sky, Dabin, Crystal Skies, and more.

With this stacked lineup, tickets have been selling fast in each city. Be on the lookout for additional tour dates here.