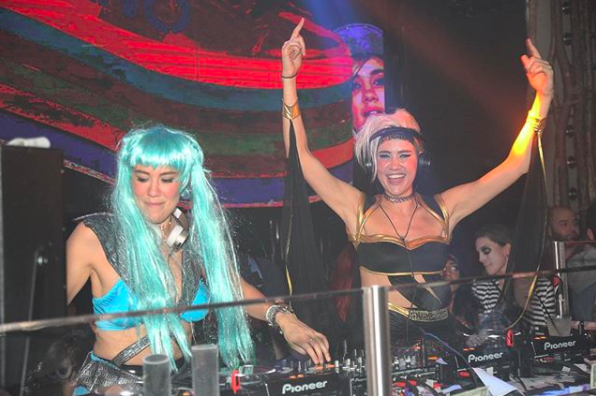 Haven Nightclub took on a Stranger Things motif on Saturday night, as the nightclub’s name appeared throughout the venue in the same font as the Netflix series — which just made its season 2 premiere on Friday. The club also sported hanging lights, similar to those that appear in the Stranger Things series. It’s safe to say that things got a little strange at Haven for Halloween 2017. Former Cover Girl models, Mim and Olivia Nervo, brought their signature sound to the space, which progressively filled over the course of the night.

NERVO placed at number 42 on this year’s controversial DJ Mag Top 100 DJs poll, which is voted upon by millions of dance music enthusiasts, annually. Rising three spots from last year, NERVO shows no signs of slowing down anytime soon. The ladies are best known for their original productions “The Way We See The World” with Afrojack and Dimitri Vegas & Like Mike, “You’re Gonna Love Again,” “Reason” with Hook N Sling, and “Like Home” with Nicky Romero. NERVO released their debut studio album, Collateral, in July 2015 through Ultra Music.