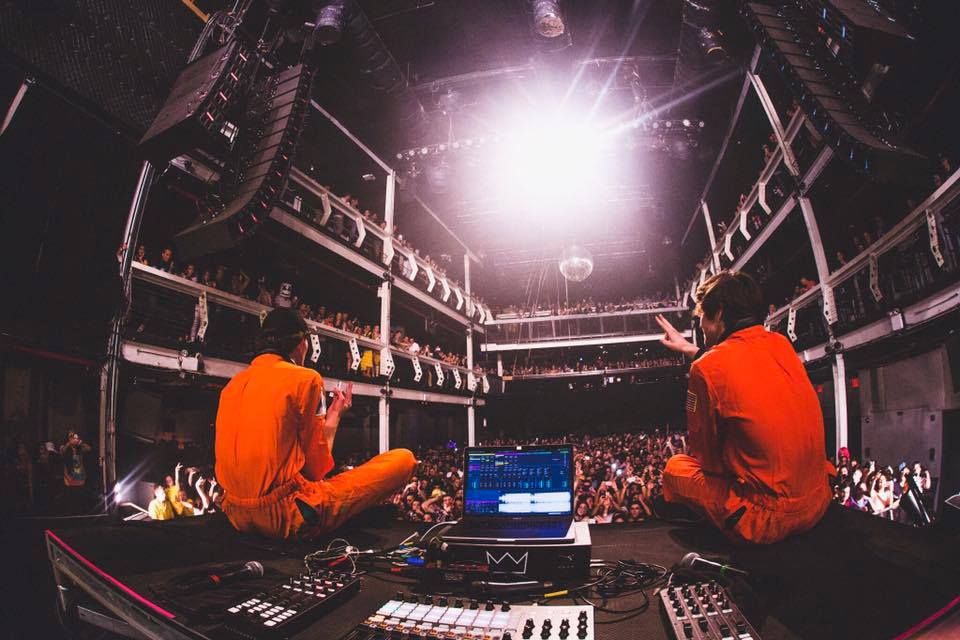 Electronic duo Louis The Child made their New York City return this past weekend with a show at Terminal 5. On Saturday, October 28, LTC brought their Last To Leave tour to the Big Apple for a 1.5-hour ensemble which showcased their biggest tracks.

Following the closure of some of the New York’s most successful nightclubs, Terminal 5 has become one of Manhattan’s leading performance venues. Prince Fox warmed up the city crowd before the guys took the stage in costumed attire. The show, which was more like a Louis The Child concert than a nightclub DJ set, wrapped up before 11pm. Donned in all orange jumpsuits, Robby Hauldren and Freddy Kennett — who make up Louis The Child — were decked out in Halloween attire for their Oct. 28th tour stop.

Thousands filled the three-story venue for the Last To Leave event; soundtracked by Louis The Child. Among the tracks on the evening’s bill was “Love Is Alive” feat. Elohim; their break-out single, “It’s Strange” feat. K.Flay, “Fire” feat. Evalyn; and their newly released “Right To It.”

The popular Chicago-based duo released their latest single, “Right To It” feat. Ashe, on October 2 through Interscope Records.

Listen to “Right To It”: