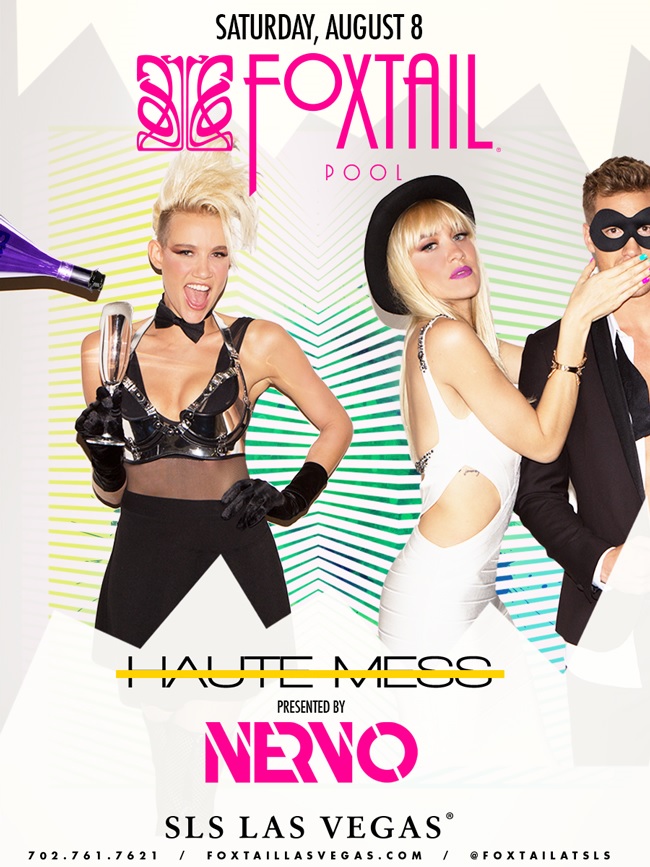 Dance music’s hottest female DJs, NERVO, are slated to take over the SLS Las Vegas with their electrifying poolside performances beginning August 8. Coinciding with the recent release of their “Haute Mess” single, their pool party residency series, of the same name, will encompass poolside performances throughout August and September. Promising the close out the summer with their signature sounds, animated visuals, high-energy tunes, and an unprecedented atmosphere at one of Sin City’s hottest new venues.

The “Haute Mess” event series, which is inspired by their hit single, includes four shows on the Las Vegas Strip. The ladies will release their debut artist album “Collateral” on July 24 through Ultra Music.

For cabana or daybed reservations and other inquiries, email foxtailpoolclub@slslasvegas.com.