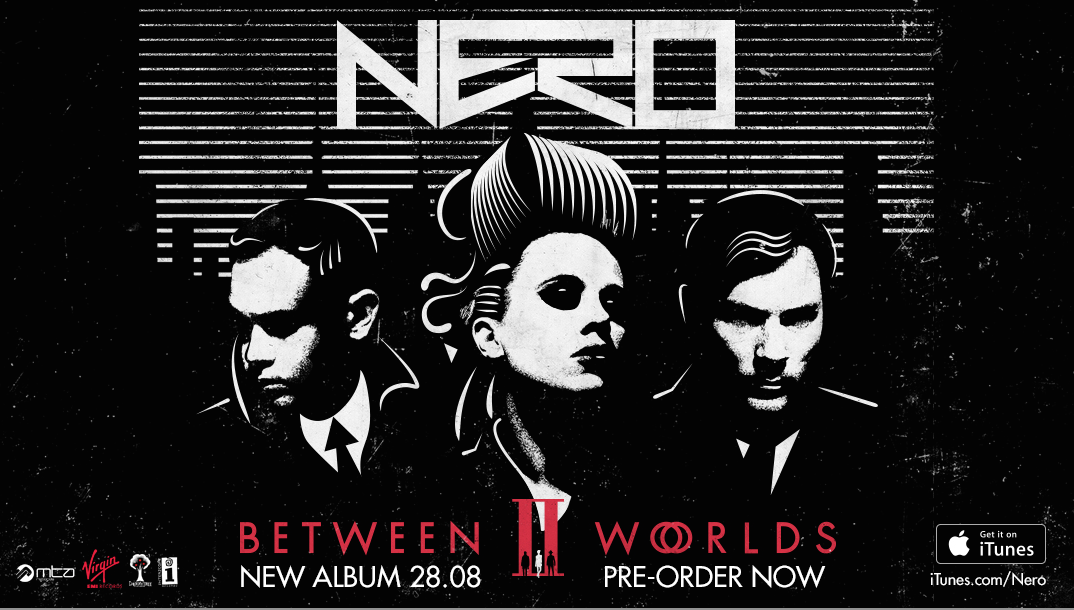 Following their Coachella performance this past weekend on at the Outdoor stage, NERO debuted new music from the LP, including the album’s thematic title track. Wowing festivalgoers with their live showcase, Dan Stephens, Joe Ray, and Alana Watson, provided a high-energy ensemble in Indio, California.

Keeping with the “Between Two Worlds” theme, NERO’s “Satisfy” was released last year, which simply created an even bigger buzz around the long-awaited follow-up to their “Welcome Reality” album.

“Between Two Worlds” is available for pre-order here. Fans can purchase now and immediately receive “Satisfy” along with the album’s title track.