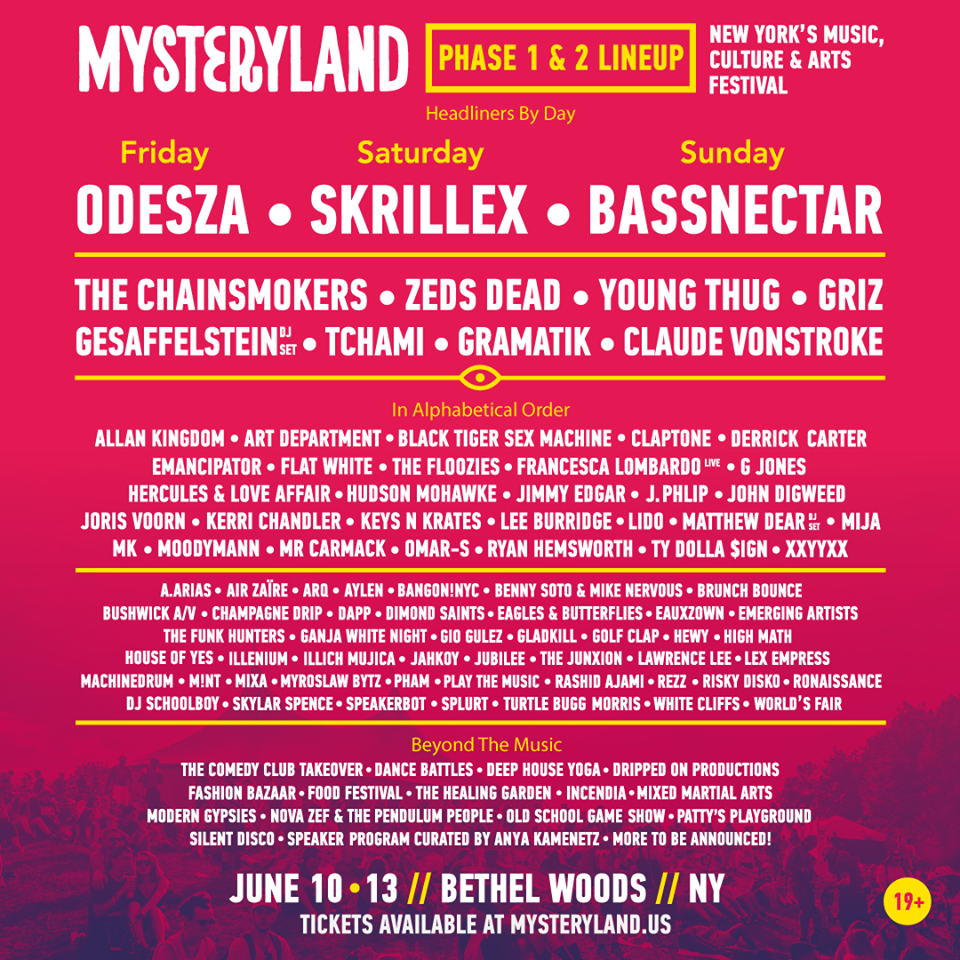 Odesza, Skrillex, Bassnectar are among the Mysteryland USA 2016 phase 1 and 2 headliners

This year marks the first year that Mysteryland USA will be open to festival-goers ages 19 and over, whereas it was 21+ in its first installments.

Holy Ground Camping is available for patrons ages 21+ and those under 21 have the Lander’s River Camping option.

Track packages for Mysteryland 2016 are available for non-camping attendees with a Catskill Mountains resort stay only 10 miles from Bethel Woods. More information on travel packages can be found here.