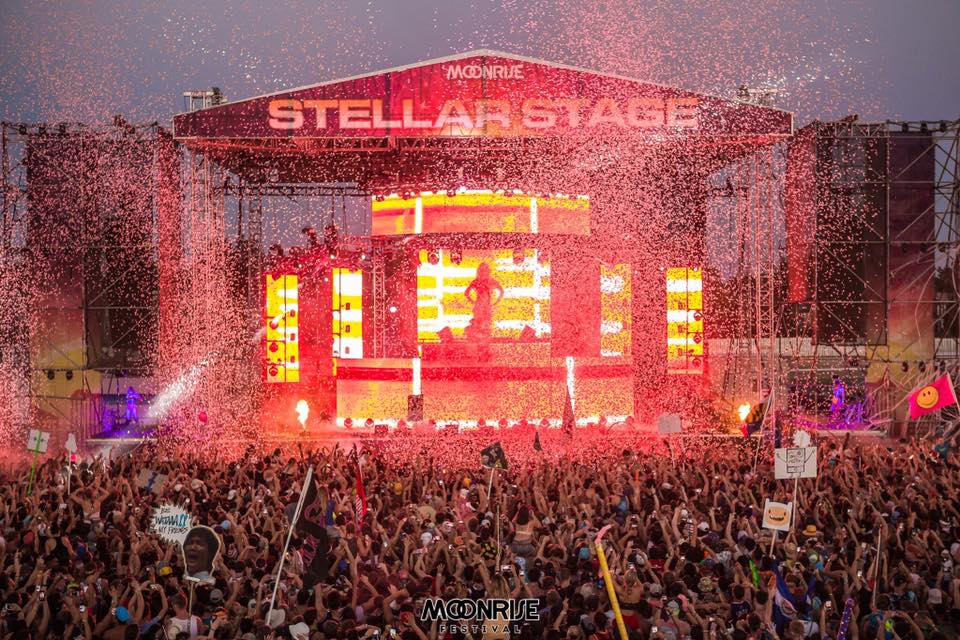 Baltimore’s Moonrise Festival will be returning to Pimlico Race Course in Maryland, this summer on Saturday, August 12th and Sunday, August 13th.

It’s safe to say that Moonrise is becoming one of the most popular dance festivals on the East Coast and this year’s event promises to be the best one yet. Moonrise is being presented by local festival organizers, Glow DC and Steez Promo, and will include new stages, art installations, vendors and more. The three day event covers almost all sub-genres of EDM, drawing a diverse population of party goers from all over the US and around the world to the gargantuan Pimlico grounds.

After an extremely successful 2016 installment, with more than 34,000 fans in attendance each day, festival goers are highly anticipating this year’s lineup. Last year’s extravaganza included heavy hitter performers, Bassnectar, Flosstradamus, STS9 and Claude Vonstroke, who have returned every year since the festival began. Other superstar DJs, such as, Marshmello, Gareth Emery, Flux Pavilion, Yellow Claw, Tiesto, Zed, Griz, Ghastly, The Chainsmokers, Green Velvet, Tchami, Caspa and Rusko, Jauz and Oliver Heldens, also graced the stages with some of their most unforgettable performances.

If you ask anyone about their favorite highlights from last year’s Moonrise, you’d probably hear about how Ghastly drew hundreds of people to the Solar Stage as he opened up with the Pokémon Go theme song, or how everyone lost their minds when Flux Pavilion dropped his famous “I Can’t Stop,” at Stellar Stage. They’d also probably tell you how The Chainsmokers dominated the with their chart-topping hits, “Roses,” “Don’t Let Me Down,” and “Closer,” or how Bassnectar attracted the biggest, most energetic gathering of the day to Lunar Stage. Marshmello was another unforgettable act at last year’s event. After exploding onto the scene over the past year, his set was one of the most anticipated of the weekend. Mellogang members packed out the Solar Stage for an extraordinary set featuring a live collaboration with A$AP Mob.

Those are just a few from the long list of noteworthy moments at Moonrise 2016, prompting people to wonder, how can they top that? We’ll just have to wait for the phase 1 lineup!

Tickets for Moonrise Festival at Pimlico Race Course festival are on sale now at moonrisefestival.com.