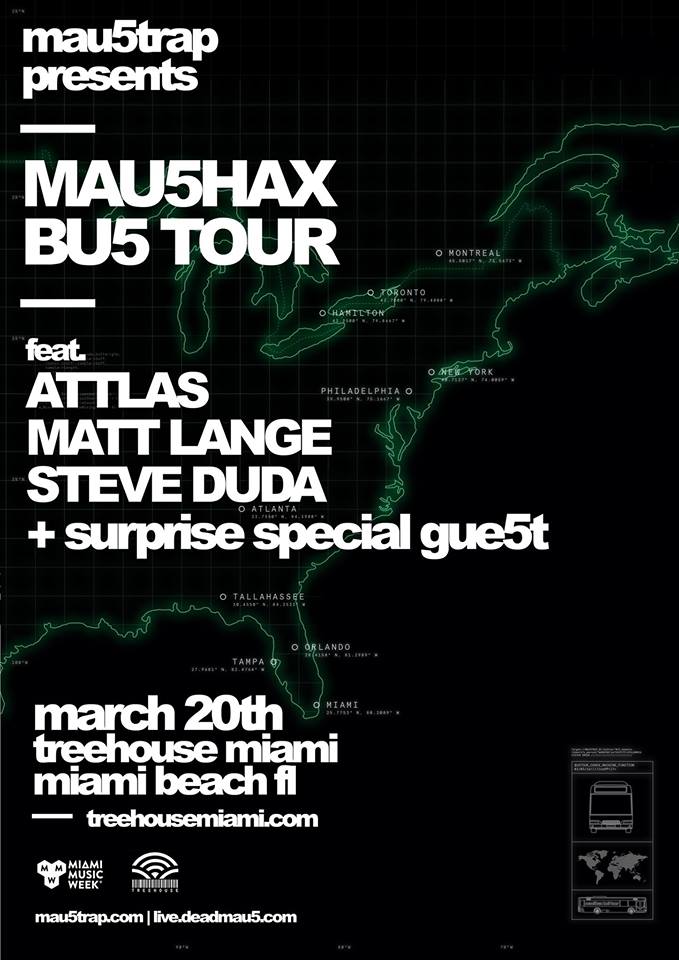 Following its kick-off in on Monday, February 25 in Toronto, the MAU5HAX BU5 TOUR, which is presented by Mau5trap, will make stops in Hamilton, Montreal, New York, Philadelphia, Atlanta, Miami, Orlando, Tampa, Tallahassee, and a closing event for Winter Music Conference/Miami Music Week.

Matt Lange—one of the label’s finest DJ/producers—graces the tour, which includes the Miami stop. Following the release of his critically acclaimed debut album release, Ephemera on mau5trap, the eclectic and diverse talent always wows crowds with his signature sound and unique mixing style.

Earlier that evening, Zimmerman makes his grand return to Ultra Music Festival, where he will perform at the Megastructure as part of Armin van Buuren’s annual A State of Trance festivities. In addition to van Buuren, Deadmau5 will perform alongside Eric Prydz, Aly & Fila, Andrew Rayel, MaRLo, Ben Gold, and KhoMha on Sunday (March 20) for I’m In A State of Trance, which celebrates ASOT 750.

Tickets for the MAU5HAX BU5 TOUR on March 20, 2016 at Treehouse Miami are available HERE.