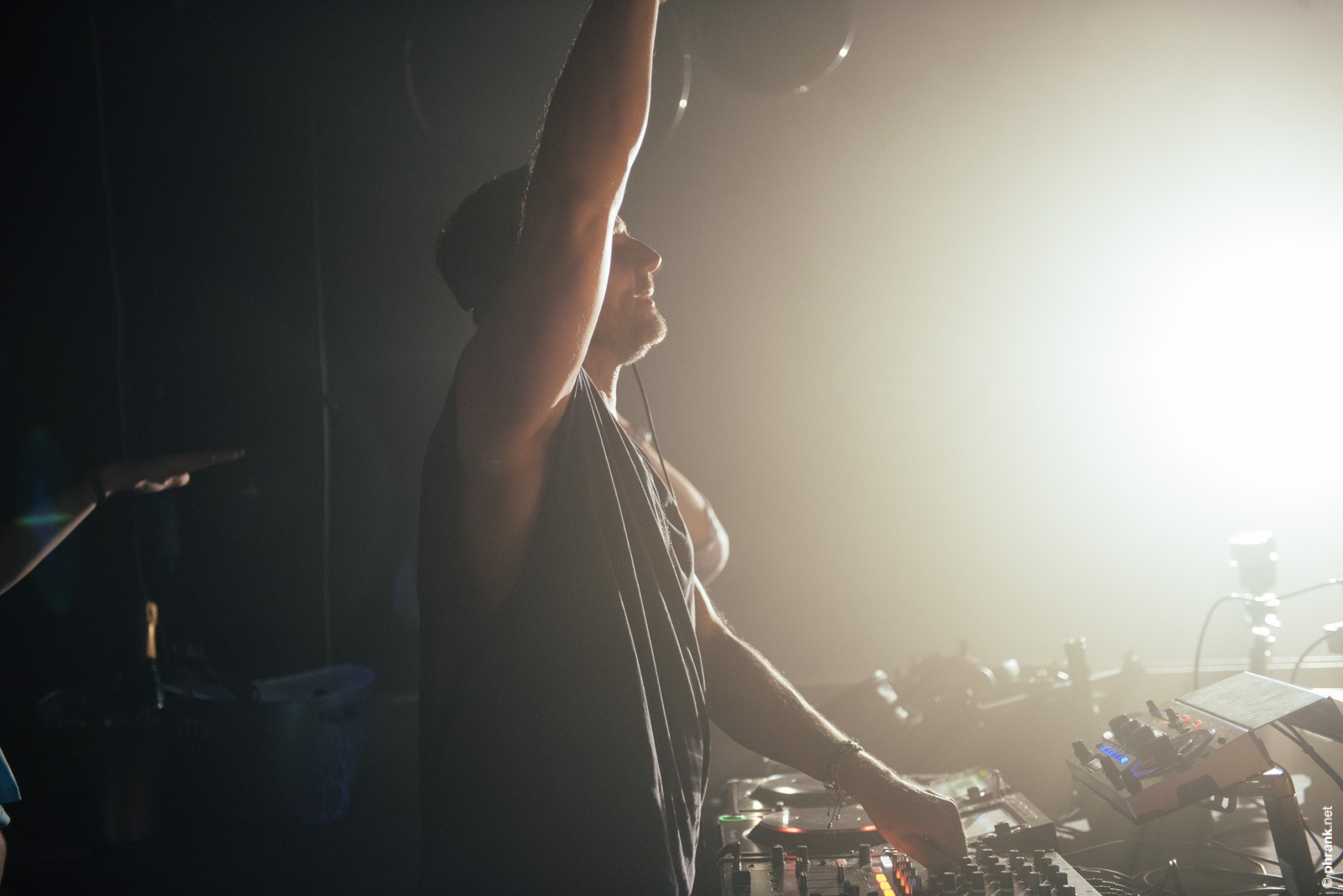 In the midst of his ongoing ‘Toolroom Stateside’ tour, Mark Knight continues to prosper with his many other successful projects. On top of being an extraordinary GRAMMY-nominated DJ and Producer, he is widely recognized for his virtuous Toolroom brand, consisting of a house music dominant record label and various curated event series and residencies presented throughout the globe.

A true visionary artist, Mark Knight has influenced the dance music world in the most unimaginable way. His music has made an impact to many, and his ongoing success will only be depicted on an even greater scale over time. While many house-heavy labels and event brands exist today, the Toolroom name is just simply unmatched. The Stateside portion of the tour recently took place at Analog in Brooklyn, New York and is making its final stop at Exchange LA later next month. Until then, Mark will be hopping around from coast to coast to perform at various cities around the world.

This was once just a lifelong dream quickly turned into a reality for Mark, and we got to talking with him ourselves regarding his most recent Toolroom ventures, latest projects, and more. Check out our exclusive Nocturnal Times interview with Mark Knight below to find out more!

The Nocturnal Times: You are known internationally as a phenomenal DJ, producer, record label owner with Toolroom, and businessman. How do you manage to succeed in your music career and constantly balance everything out?

Mark Knight: I’ve learned to survive on very little sleep! Haha. To be honest, I’ve never been the kind of person to just do one thing, I’ve always wanted to keep my career varied as it means I never get bored with anything. I’ve always been really motivated to make a success of both the label and my career as an artist. But most importantly, I love it – you’re not going to succeed in this game unless you do.

The Nocturnal Times: You just wrapped an incredible summer with Toolroom’s return to Ibiza with an Eden residency. Is there any exciting news regarding Toolroom Records or any upcoming releases or artist collaborations you’d like to share with readers? Any highlights from this summer’s Ibiza season?

Mark Knight: It’s been amazing to bring the Toolroom family back to Ibiza; to get the response we have had from fans has made all the hard work more than worthwhile. The Jack Back night was definitely a highlight, but to be honest the best thing was seeing the Toolroom regulars – Illyus & Barrientos, Friend Within, Wheats, Siege and others – and especially Maxinne who played every week – consistently smash it across the board.

The Nocturnal Times: Your latest track “Something About U” with Mr. Roy features somewhat of a 90’s house vibe and has been highly talked about. How did the track’s concept and unique melody come about?

Mark Knight: You know when you hear a record in a club, and it has that immediate effect on you? It just slaps you around the face, and you’re thinking “what is that?” That’s exactly what this record did to me the very first time I heard it back in 1995. This was a massive anthem back then, and always a highlight record for me when I went to Club UK, Bagleys or the Gardening Club. One of the things that made it so special was that it had this amazing vocal hook that you couldn’t quite make out the lyrics to. So you would have a club of 1500 very euphoric clubbers singing their own interpretation of the song, which meant everyone had their own individual connection to the record.

Fast forward six years, and I was starting to make headway with my own music. There was one label I really admired called Ultra Vinyl – they were putting out some quality Tech House, they were kind of like the UK version of Subliminal. I submitted a demo, and they released one of my early tunes, “Part of This.” Anyway, it turns out the two guys running the label, Alan and Graham, are in fact Mr. Roy! We soon became good friends and I would often hang out in their studios in Bromley.

19 years on, and I finally managed to get hold of the parts and offer my own interpretation. It’s loaded with great hooks and melodies, so it was a dream to remix. It’s nice to think it’s come full circle – from falling in love with the record on the dancefloor back in 95, to becoming good friends with the producers of the record, to remixing the track on my own label in 2019. It doesn’t get much better than that.

The Nocturnal Times: Last year, you celebrated 15 years of Toolroom. What inspired you to create Toolroom Records to begin with and what keeps you motivated? For our new-comers to the Toolroom family, can you tell us the story behind the label’s name?

Mark Knight: Toolroom was just started as I wanted somewhere to release my own music and music from people I knew that wasn’t getting the recognition it deserved. Simple as that. The name came because I started the label in my parents’ shed! The ethos behind the label hasn’t changed in 15+ years, although the scale has obviously increased significantly. What keeps me motivated? The music, the people I work with, and the fans – it’s a powerful combination.

Mark Knight: Toolroom shows are all about inclusivity on the dancefloor and championing the best in house, tech house and techno. That’s the same wherever we host events. In terms of what to expect, I get asked this all the time and I always say the same – come and see for yourself!

Check out Mark Knight’s exclusive Toolroom Records Radio EP497 below to see what the hype behind the Toolroom sound is all about: