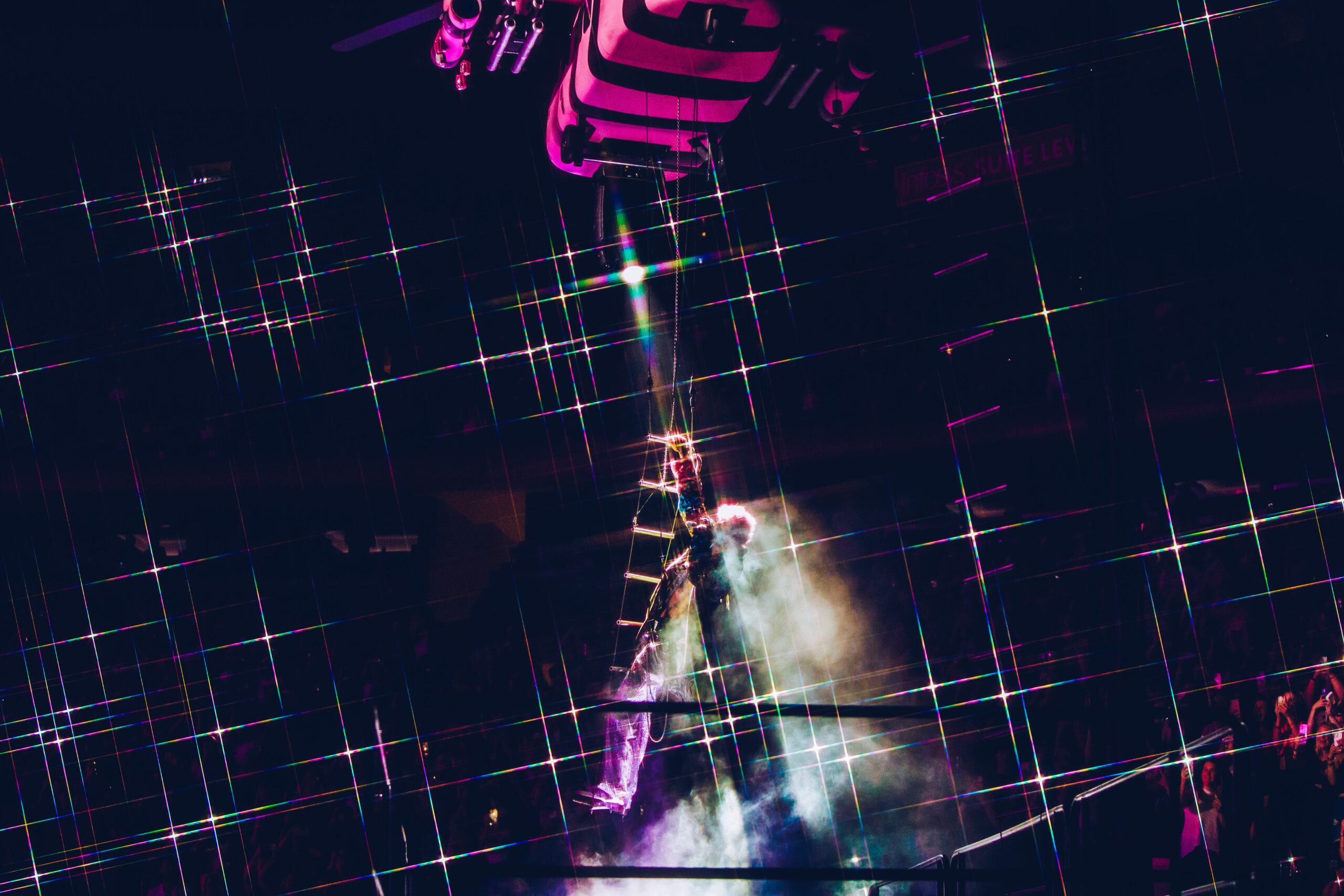 This Tuesday night (June 28), Machine Gun Kelly, took to a sold-out crowd at Madison Square Garden. Bringing his Mainstream Sellout tour to the World’s Most Famous Arena in New York City, MGK at MSG drew nearly 20,000 to the heart of Manhattan — and this was just after the musician lit the Empire State Building and released his very-own Hulu documentary.

The energy within The Garden was palpable throughout the course of the night, as tens of thousands of music lovers gathered for an evening of singalongs, some slight head-banging, other likeminded fans, and, of course, the other half to one of Hollywood’s most sought-after couples of the moment, Megan Fox. Roars, chants, and cheers could be heard and felt all night long — and Machine Gun Kelly certainly did not disappoint.

Starting things off was rising talent Iann Dior, followed by the incomparable Avril Lavigne, who performed some of her new material, along with some of her classic tunes from the early and mid-2000s. With the nostalgia riding high, it was time for MGK to take the Madison Square Garden stage. As the show began, one of Machine Gun Kelly’s best friends — former Saturday Night Live (SNL) primetime player who’s also now Kim Kardashian’s main squeeze — Pete Davidson, could be seen on the screens with a personalized introduction to the show. Davidson says, “I can’t hear you… Colson’s in my home town, rocking f*ckin’ Madison Square Garden, sold out…it’s crazy!”

The nearly 2-hour ensemble begins as “Born With Horns” and “God Save Me” were the chosen ones to initiate the set. MGK proceeds, as he continues to engage with the crowd, and his truly innate rockstar abilities took over as he seamlessly transitions into “Maybe,” “Mainstream Sellout,” “Drunk Face,” and “Ay! (ft. Lil Wayne).” It was then time for some guest appearances, including opener Iann Dior, who appears on MGK’s album track “Fake Love Don’t Last,” as well as Landon Barker, who can also be heard on the LPs “Die In California.” It was obvious that the festivities wouldn’t be complete without Avril joining MGK on stage, as the two performed “Boys Lie.”

Interacting with the crowd seems to come naturally for MGK, who even managed to hover and travel above the entire crowd while holding onto a helicopter. The production and set design were without question something worth remembering, telling a story, while also providing immersive props and art pieces to be used as performance pieces. “Papercuts,” the explosive-energy-providing “Title Track,” and “My Bloody Valentine” were up next, followed by a medley of songs including “Jawbreaker” and “Sid & Nancy.” Between the rising stage elements, fire and pyrotechnics, and all of the mesmerizing moving parts, the set’s middle included “More Than Life,” “I’m A Poser,” “WWIII,” “WW4,” and “Emo Girl (ft. WILLOW).”

As MGK’s memorable MSG showcase began to wind down, the crowd undeniably couldn’t get enough. Dedicating the next number, “Lonely,” to Coop who passed away three weeks ago and whose birthday is today, the mood was somber and concert-goers remained in their feels during “I Think I’m OKAY.” It then came down to the final four, where MGK had full control of the crowd — and then in unison they were singing along to his massive Halsey collab, “Forget Me Too.” The show ended on a high note as MGK’s “Make Up Sex” & “My Exes Best Friend,” both featuring blackbear, had everybody moving along, through the closing track, “Twin Flame.”

Earlier in the day, MGK celebrated an Empire State Building Lighting Ceremony in Honor of Life In Pink, obviously fittingly, the renowned building was lit in all pink to commemorate the release. While in town, the superstar entertainer also celebrated the premiere of ‘Machine Gun Kelly’s Life In Pink,’ the brand-new Hulu documentary, which was just released on the platform. Showcasing MGK’s journey from the very start of Tickets To My Downfall, the documentary is as authentic, pure, emotional, inspiring, entertaining, raw, heartfelt, motivational, and inspiring, as it comes.