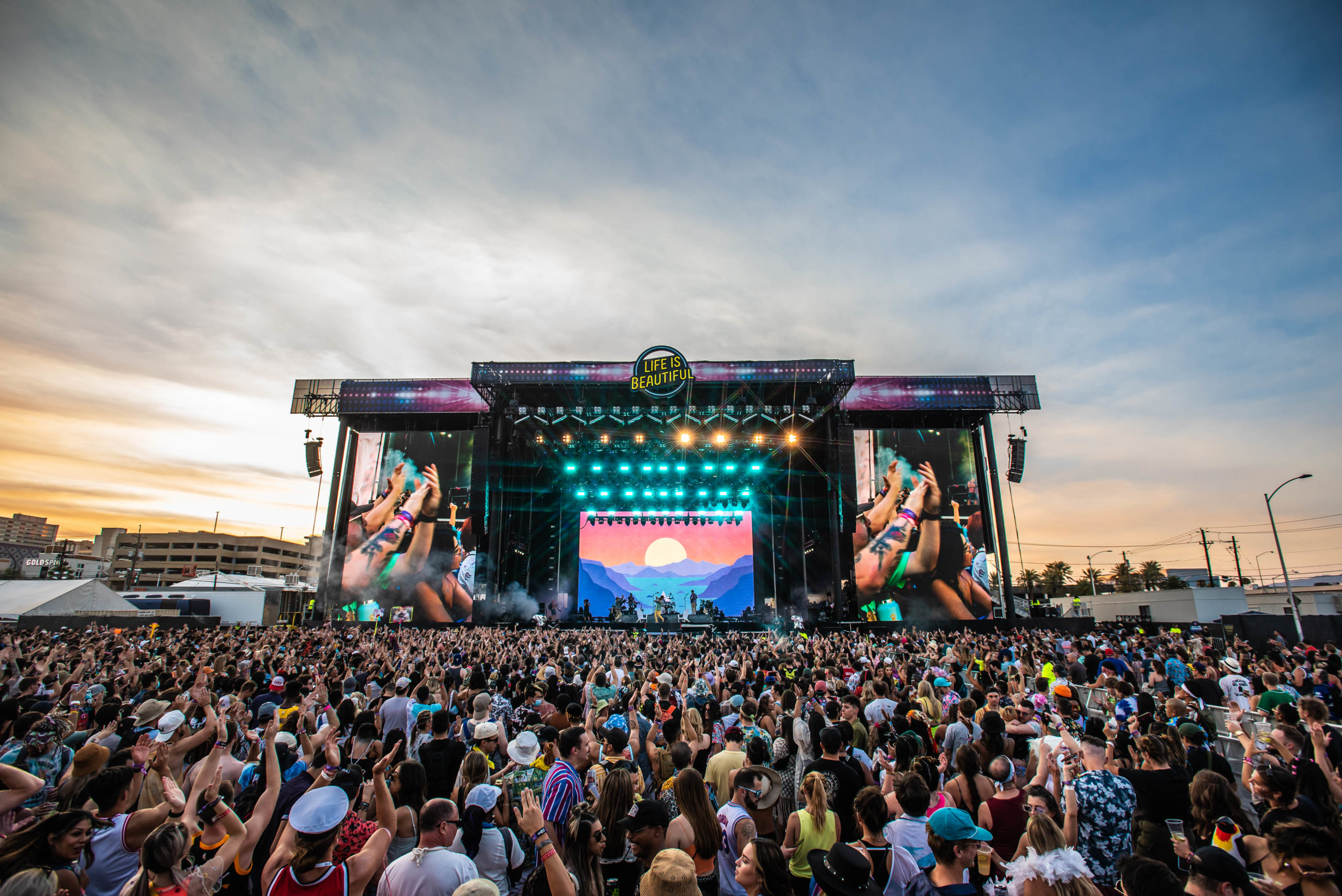 Life Is Beautiful 2021 was a massive success, catering an entire weekend of festivities, music, laughs, memories, and bliss for its attendees.

There were a plethora of artists on this year’s lineup, providing attendees of any music genre taste with multiple acts that they could enjoy. The majority of the festival and its top acts took over The Downtown, Fremont, and BACARDI Stage, attracting oceans of crowds and listeners.

Within the Fremont Stage, there was a multitude of electronic performers who threw down for its attendees. Acts like Surf Mesa, Ekali, San Holo, CloZee, Dillon Francis. Ford., and Gorgon City stood out from this weekend’s performers, captivating their crowds with lively and unique sets.

The BACARDI Stage also shared a plethora of top-tier performers, hosting the likes of Emotional Oranges, Slenderbodies, Remi Wolf, Willow Smith, Megan Thee Stallion, Earthgang, Ludacris, and Illenium. There was a wide range of assortments for festival-goers to enjoy within close proximity of the stage so that no one had to sacrifice missing any parts of these performances while grabbing food, drinkings, and other pit stops.

Housing some of the festival’s most favorite acts, The Downtown Stage, captivated its attendees with top acts like closing performer Billie Eilish, Surfaces, Bia, LANY, Glass Animals, and Young Thug. The Downtown stage was lively with its audio-visual setup, allowing everyone at any distance to be able to clearly hear and see the performers. Headlining acts such as Tame Impala, Green Day, and Billie Eilish closed the festival for each day, and each provided stunning performances that’ll last a lifetime. Tame Impala delivered a performance that took attendees on a momentary journey, Green Day had the entire festival singing while they performed with an unforgettable energy, while Billie had fans screaming from the front and back of her crowd.

Overall, Life Is Beautiful provided a multitude of amazing performances and memories for its attendees. This year’s impressive and massive artist lineup allowed for any attendee to see the musical act they wished, while the festival properly allotted each acts’ show time to not completely overlap one another. With so many artists taking over downtown Las Vegas, it was difficult to narrow down these top acts to this list, however, these were the performances that truly stood out over the weekend. The Nocturnal Times is eager to see how Life Is Beautiful will cater in 2022, as they celebrated the return of live music with a bang!

Related Topics:Life Is Beautiful 2021
Up Next