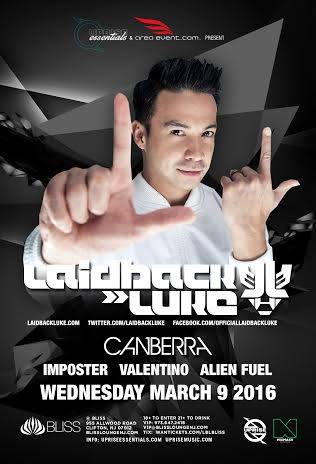 Enter to win a pair of complimentary tickets for Laidback Luke at Bliss on March 9 From The Nocturnal Times: