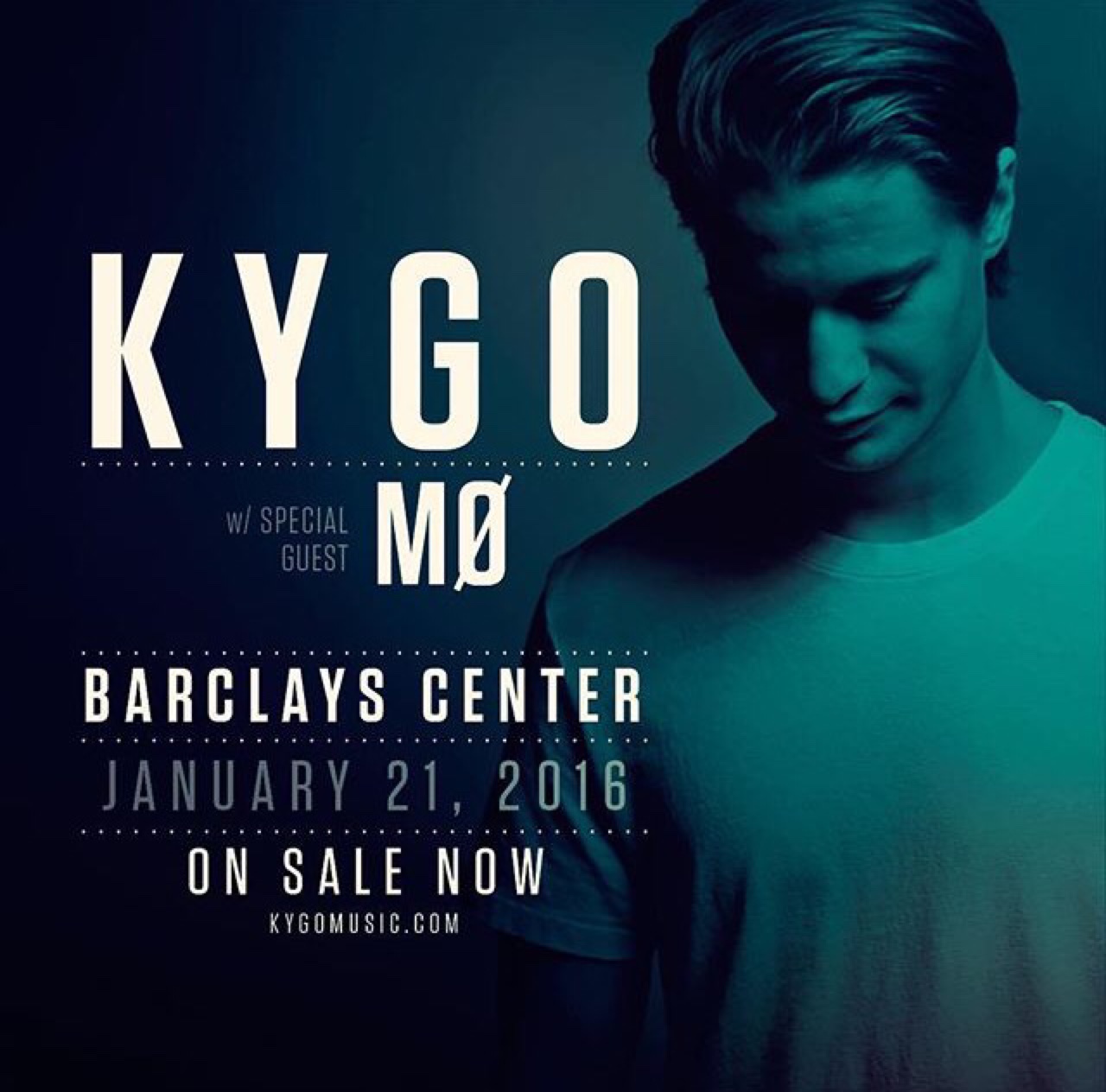 On January 21, 2016, Norwegian born Kyrre Gørvell-Dahll takes on one of the biggest solo shows of his rapidly rising career with a headlining show for thousands at the notorious Brooklyn arena.

At only 24-years-old, Kygo is a classically trained musical prodigy. For this grand-scale live performance, fans can expect keyboards and drums, because this set will encompass a style much more unique than what typical CDJ’s and a mixer can provide.

Kygo will be joined special guests MØ and the golden voice of the global hit “Firestone,” Conrad Sewell.

Just in case you haven’t already heard, Kygo has had a breakthrough couple of years. The success of his original tracks have only aided in boosting the popularly of the young talent’s rapport. Kygo has remixed tracks for the likes of Ed Sheeran, Coldplay, Sia and The Weeknd, among others, which have undoubtedly assisted in skyrocketing his career.

With his distinct sound, Kygo brings a consistent atmosphere to every show he plays. Whether you’ve caught him closing out the Live Stage at Ultra Music Festival, spinning poolside at a Las Vegas venue or on a sunny beach in Atlantic City, the dance music phenom always delivers unique and chill vibes unlike any other.

Tickets for Kygo at the Barclays Center HERE.