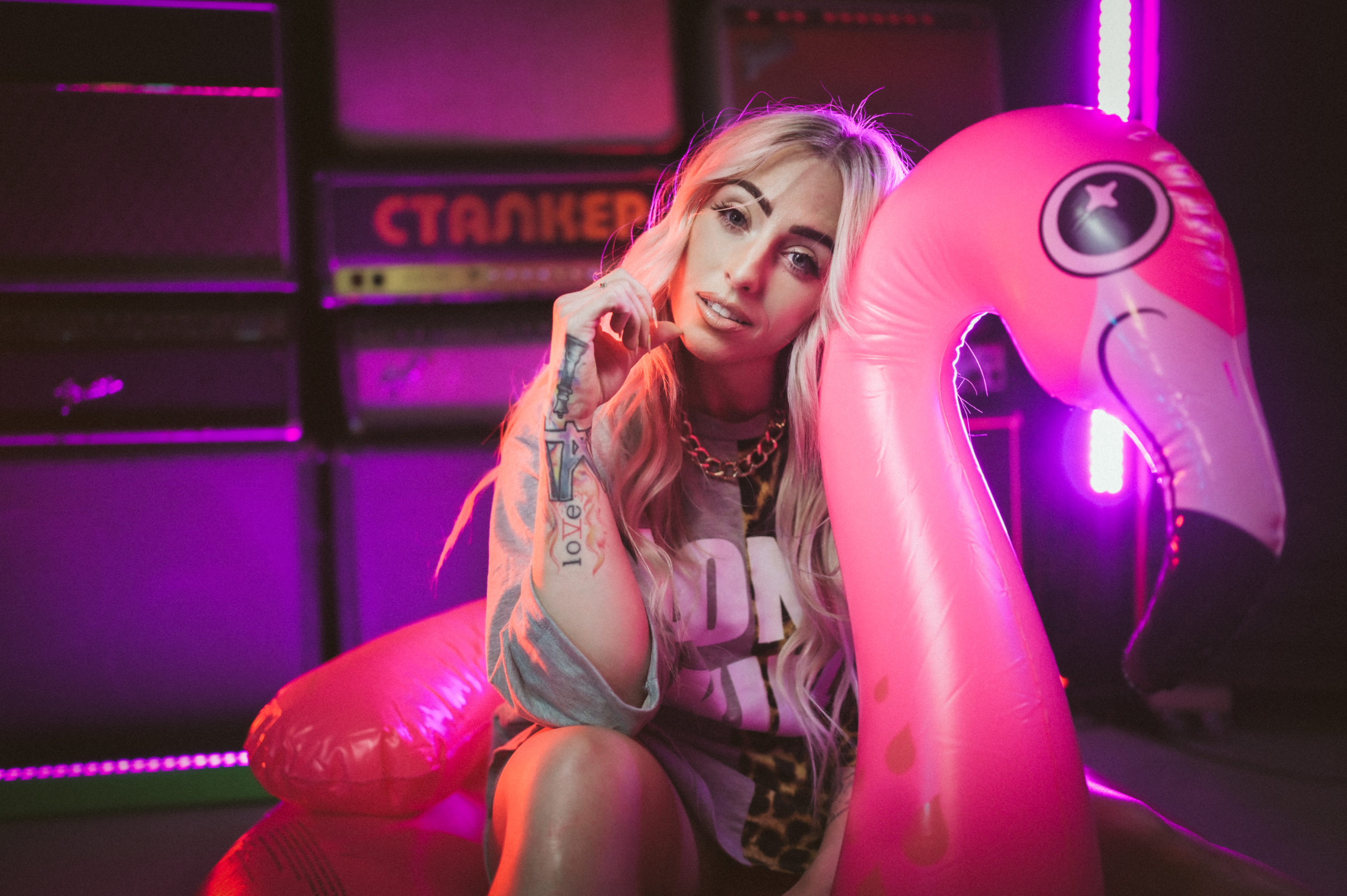 Nashville-based pop-rock singer-songwriter Kelsie Watts has finally unleashed her highly anticipated single, “Summertime Anthem” and The Nocturnal Times has an exclusive Kelsie to talk all about it!

The ultimate banger we all need for this upcoming (and long-awaited) summer is available on all streaming portals through Terrible Children Records. This energetic release follows up previous hit singles such as “Live Out Loud,” “Look What You Missed,” and 2020’s “Destructive”, “Starstruck”, and “I Dare You.”  Kelsie Watts’ new release, “Summertime Anthem” has all the elements to break through the noise and become a timeless summer-filled banger.

Cast for Season 19 of The Voice (2020), America watched along as Kelsie joined pop-icon Kelly Clarkson’s Team Kelly on the hit NBC show, after impressing Kelly with a beautiful rendition of her single “I Dare You”. Kelsie is now fully focused on her career as an independent pop/rock artist with frequent travel from Nashville to LA, recording new music with Multi Platinum and Grammy Nominated producer NicoTheOwl.

The singer/songwriter is taking her career to new heights again, in part thanks to the prolific collaboration with Mo Brown, who helped her bring her vision to life. Kelsie Watts combines the power of music and memorable lyrics to move listeners worldwide with endless good vibes as displayed on the electronic-pop anthem “Summertime Anthem.”

How would you describe yourself as an artist to those who may not be familiar with Kelsie Watts?

You have a powerhouse voice and original sound! Who are your biggest musical inspirations? How has your style as an artist changed over the years?

Thank you! I have so many musical inspirations! I grew up listening to music from Celine Dion and Whitney Houston to Def Leppard and KISS. I’ve been influenced by many, but I really started developing my own sound after getting hooked on artists like P!nk, Demi Lovato, and Lady Gaga. I realized I was allowed to be myself and that meant my sound and style were my own.

During 2020’s Season 19 of NBC’s The Voice, you were a contestant on Team Kelly with Kelly Clarkson. Tell us about your experience and the biggest lesson you’ve learned through appearing on the show.

I had a blast being on Team Kelly! Performing a Kelly Clarkson song for Kelly Clarkson was epic to say the least. The biggest lesson I learned from being on the show is to simply be yourself unapologetically. There are many different styles of artists out there, and there’s room for all of us at the top.

Your new release, Summertime Anthem, is out today! Congratulations! How did the single come together with your co writers? How do you want fans to feel when listening to the song?

I can’t believe Summertime Anthem is out now! The other writers and I were sitting in the studio simply talking about how stoked we were that we get to experience summertime together this year. The world is finally opening again and we are able to be together with loved ones. We wanted to bring everyone a song that encompasses that feeling of excitement. So when fans listen to Summertime Anthem I hope that they feel like having a party!

You recently signed with Terrible Children Records, created by Mo Brown who is also a co-writer on Summertime Anthem. How did your collaboration together start and what can we expect from Kelsie Watts throughout 2021?

I was introduced to Mo Brown through a writing session in Nashville earlier this year. He’s become a great friend and I can’t wait to show everyone what we’ve been working on! There’s so much more music coming your way…and soon!

Where do you see yourself as an artist within the next 3-5 years?

In 3 to 5 years, I see myself touring internationally, selling out arena’s, on the Billboard charts, collaborating with other artists and so much more. My dreams are really big, but I work really hard. I’m so blessed to be where I am today and I can’t wait for the future!

The energy-packed official music video for “Summertime Anthem” will be releasing Friday, June 25th. Stay tuned to this space to be transported into Kelsie Watts’ summer paradise.