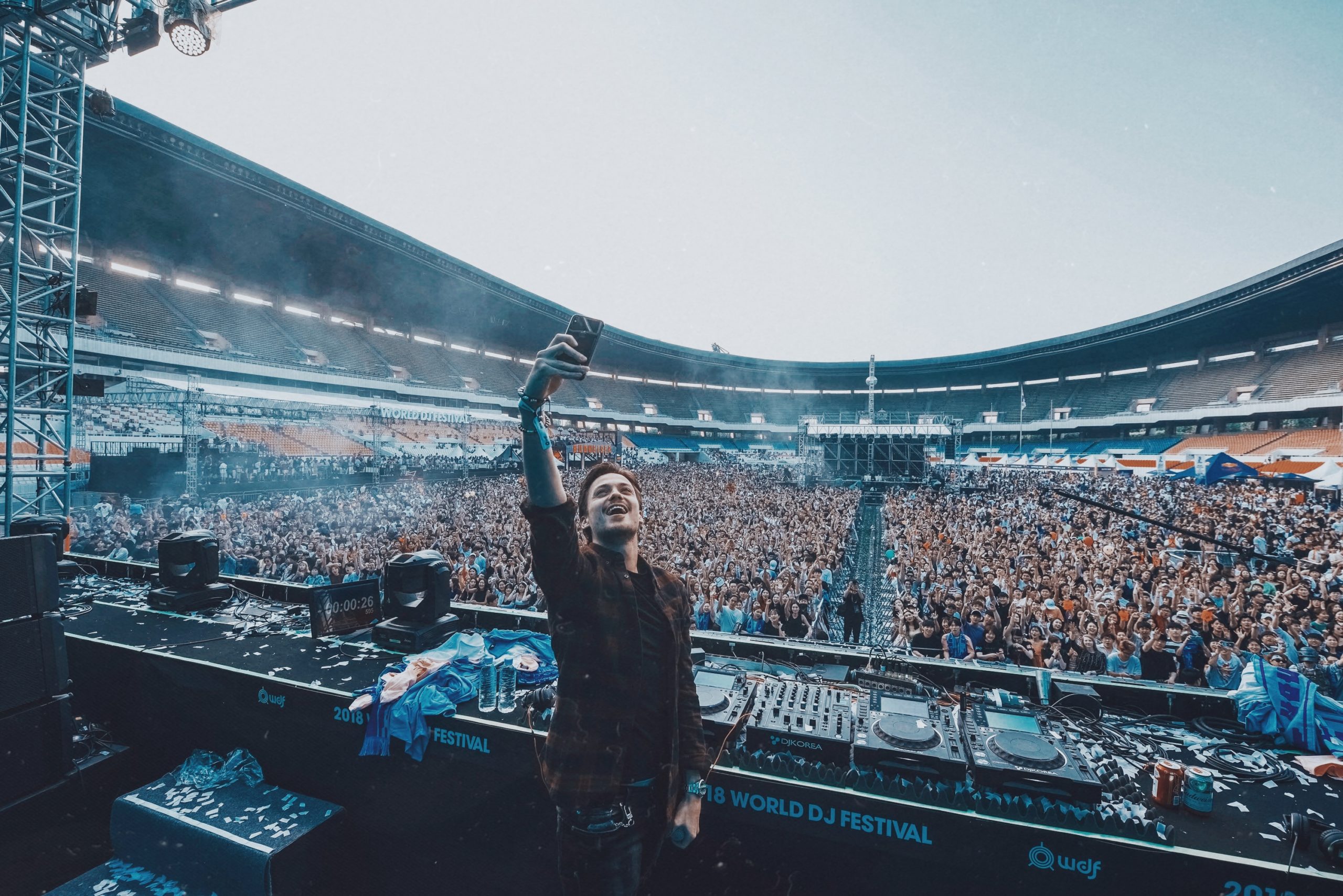 Julian Jordan, one of the many phenomenal artists on Martin Garrix’s STMPD RCRDS label, is back in action with the release of his latest track “Nobody Knows” featuring Feldz. With summer now in full force, “Nobody Knows” is the perfect dance tune to make the most lively season of the year just that much more memorable.

Festivals and shows might be pretty much cancelled for the remainder of the year, but Julian Jordan and his empowering music definitely aren’t. Earlier this year, Julian experienced tremendous success with the release of “Without You” featuring Brooks, a track still receiving an exquisite amount of appraisal as we speak. We can always count on the Dutch producer to get our hearts racing with his consistently uplifting radio-friendly tunes, and the recent release of “Nobody Knows” on STMPD RCRDS naturally proves that.

The summer feel-good record integrates enticing melodies similar to those of the early 2010’s progressive house tunes alongside a deep, hypnotic bassline, and intricate percussion notes throughout. Feldz’s ravishing vocals take over the chorus and add a luminous touch to the overall sound of the track, while the bleeding piano chords that follow create the perfect soundscape for listeners to unwind to and allow all worries to fade away. “Nobody Knows” might not make its way into nightclubs anytime soon, but its surely a track meant to be blasted on repeat while out on the town or at the beach on a bright summer day.

That’s not all for Julian Jordan this year, as there are a few more surprises and track releases on the horizon for fans to get excited about. 2020 has been a whirlwind of a year for DJs and music producers across the globe, but that hasn’t stopped Julian Jordan from continuing to broaden his musical aspirations by any means. Willing to share some insight on “Nobody Knows” and how he’s managed to make the most out of this unusual time, we got to chatting with Julian Jordan ourselves in our exclusive Nocturnal Times interview below.

Nocturnal Times: Thanks for taking the time to chat with us Julian! Let’s dive right in. Tell us more about your fresh track “Nobody Knows” featuring Feldz, which is out now on STMPD RCRDS. What inspired you to create this track perfect for the summer months?

Julian Jordan: I was driving home in my car when STMPD sent me the vocal for this track. I was completely hooked, and immediately felt inspired for the production part. I directly started to record small parts for the production on my phone and when I got home I immediately started producing! It was a lot of fun but also very challenging to work at home and not at my studios in Amsterdam because they were closed due to COVID-19.

Nocturnal Times: How did the collaboration with Feldz on the track come about?

Julian Jordan: STMPD sent me the vocal and immediately fell in love with it. Feldz has an amazing voice, and it’s strange but I never actually met her haha. Because of  COVID-19, we couldn’t meet for any sessions so we only had contact via e-mail.

Nocturnal Times: Did your vision for “Nobody Knows” change after all these show and festival cancellations took place due to the pandemic or were your intentions always for the tune to be a summer radio-friendly favorite?

Julian Jordan: I have a big stack of tracks ready to be released so I had plenty of choice but it was never my intention, I just like to keep evolving in a creative way. I do love producing my signature club music but sometimes I like to think out of the box as well, even though I always try to keep my signature Julian Jordan sound in all of my productions.

Nocturnal Times: How have you managed to stay busy during these strange times not being able to tour and perform at your favorite venues year round like in the previous years?

Julian Jordan: It’s strange and pretty rough to be honest. I get my energy, motivation, adrenaline, and inspiration from touring. With that gone, I had to find other ways to get inspired. What I do now is I wake up early, do a work out (kickboxing, HIIT, or just in the gym) and start working in the studio at around 10:00 am. When I don’t have a lot inspiration I go out to get some fresh air and get back to work around 12:00. When I’m not inspired at all I try to let go of production for a day and think about other exciting projects I can work on. I have a lot of sick concepts I’m working on that you will see in my YouTube series very soon!

Nocturnal Times: What do you miss the most about touring and having the ability to play your music live for fans all over the world?

Julian Jordan: The energy and adrenaline it gives me, it’s the best feeling in the world. I am addicted to the energy I get from crowds and performing my music in front of thousands of people.

Nocturnal Times: With all this extra studio time at hand, should we expect another release of yours on the label in the months to come?

Julian Jordan: Yes! I have stacks of productions ready to be released so there’s a lot of exciting things coming up! Expect to hear a Julian Jordan 2.0!

Nocturnal Times: If you could choose any other artist on the STMPD RCRDS roster to collaborate with on your next project who would it be and why?

Julian Jordan: Matisse & Sadko, we still have to work together! We had a project laying around but I will text them now thanks to this question haha 😉

Nocturnal Times: Can you share insight on one piece of advice you think is key towards aspiring artists who are hoping to make it in the dance music industry?