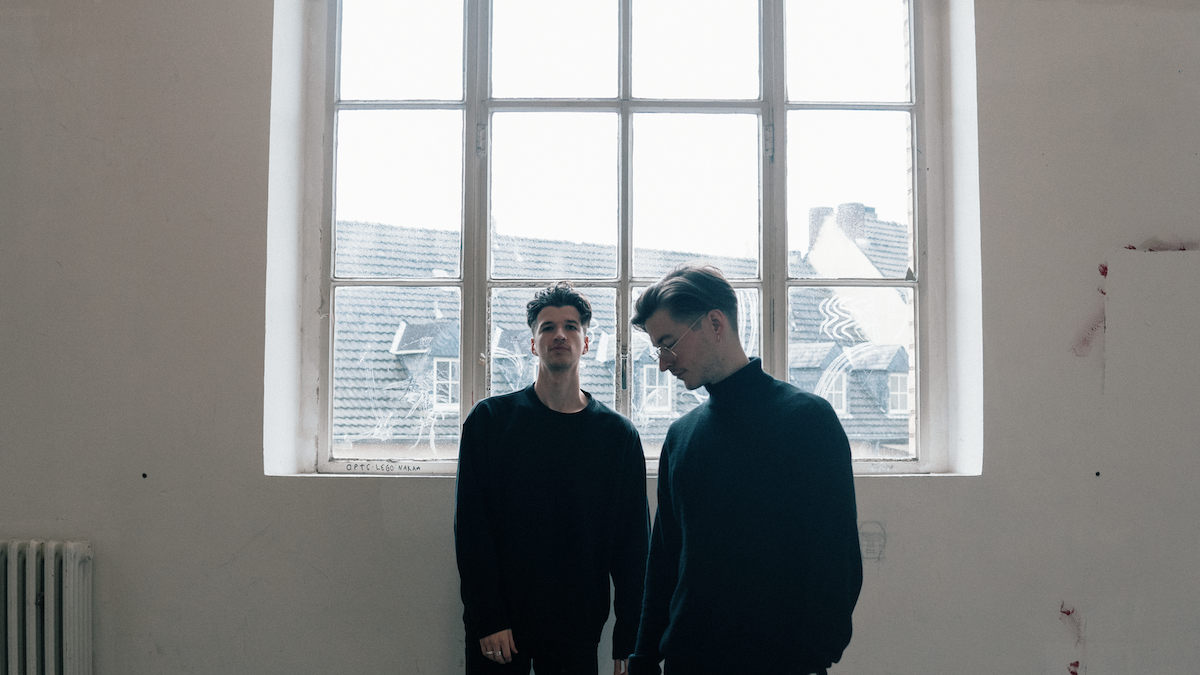 It has already been a big year for sibling duo, TWO LANES since their debut on bitbird with a handful of hit singles that kick-started their musical adventure. Now, their highly anticipated EP Lights has finally dropped and it contains 6 transcendent tracks that were heavily inspired by their time living in Berlin.

With a goal of breaking their typical production routine, the talented duo accomplished more with Lights than they could have dreamed. We had the chance to talk with TWO LANES about how this EP came to be and the ways they experimented musically to express their unique experiences.

Real our full Q&A with TWO LANES below:

Nocturnal Times: Your musical journey has been steadily building since your initial debut on bitbird this year with three singles, “Wide Awake,” “Closer,” and “Never Enough.” How do you feel this journey is expressed in your new 6-track EP Lights?

TWO LANES: Our Lights EP contains a set of 6 tracks–some of them were made very recently, others reach back a little further. I am sure if people listen to the EP from start to finish, they will feel a sense of progression. “Lost” offers some darker vibes, whereas tracks such as “Lights” or “Never Enough” are more on the chill and refined side and offer an insight on the kind of music that we are working on recently.

Nocturnal Times: The EP centers around your impactful memories from a variety of times and places, with Berlin being a strong one in particular. Can you elaborate on how it affected your music and how you hope it will resonate with listeners?

TWO LANES: All 6 tracks were created in our studio here in Berlin. They are strongly influenced by the impressions and memories we are experiencing here. We feel that the surrounding has an immediate impact on our sound, the way we make music, and how we perceive it and vice versa. It is hard to explain how the city you live in impacts your creative process. However, if we listen back to older tracks we can immediately say where it was made because the music brings back all these images and memories.

Nocturnal Times: What other memories or surroundings prominently influenced your tracks, and how did you choose the right instrumentation to showcase them?

TWO LANES: Since we try to write new music almost every day, most ideas come kind of unpredictably and you got to go with the flow. Sometimes you enter the studio with a certain idea in mind, what kind of track you would like to make, and sometimes you just mess around on an instrument until you find something that sparks something. We have a few go-to sounds that we use in most of our songs. For bass sounds we use our Moog Little Phatty for instance, for pads/keys we tend to record our Prophet Rev2 since they fill out the higher frequency spectrum quite nicely. When it comes to drums, we like to do a mix of electronic sounds and self-recorded elements.

Other than that, instrumentation can differ quite a lot from track to track depending on what you want to express. In “The Rest is Noise” the guitar plays a prominent role, giving the track some strong melancholic indie-vibes, whereas in “Lights” the piano makes the track feel very pure and adds simplicity to it by highlighting the harmonic progression.

If we are going for an idea that is based on harmonies, then the piano or some key sounds from the Rev2 will most likely be our choice. If we are looking for something more lively, then we try out an arpeggio or add a delay effect to add movement and texture to the track, like we did in “Closer” for instance.

Nocturnal Times: While you are close brothers, you both have unique and defining upbringings with music. How did one’s classical influence interact with the other’s focus on electronic music when writing this EP?

TWO LANES: Since Leo studied classical music and Rafa has always been into electronic music, we are trying to combine these two worlds by mixing acoustic elements with electronic sounds.

Nocturnal Times: What does your process of experimentation look like with electronic, live, or analog elements?

TWO LANES: We tend to write most of our music on the piano. Sometimes we translate the ideas into electronic sounds if we think that it makes the idea more impactful. We recently got a piano for our studio and have been experimenting a lot with different mic placements and how to process the sound. Sometimes the result sounds so special that we feel it can’t be reproduced by anything else, so we end up using a lot of these piano recordings in our most recent productions. Since we are 2 people working on music, we like to have analogue gear at hand (as supposed to the plugin versions), so we can simultaneously try out different sounds and don’t end up just sitting in front of a computer screen in the creative phase of making a record. Turning knobs on a real synth is just more fun and exciting than doing everything in the box.

Nocturnal Times: Looking back, do you feel that your sound has transformed greatly since you began?

TWO LANES: Yes, definitely! It takes time to figure out what you are really after. It is easy for beginners to get heavily influenced by other artists’ music, so it is important to trust your own taste from the beginning on and make music that resonates with you.

Nocturnal Times: Overall, what do you hope your listeners will take away from your EP?

TWO LANES: For us, this EP represents an outlet of an always evolving stream of ideas and our love for music. We hope that the listeners will feel that while listening to the EP!

Nocturnal Times: Although 2020 has been full of unprecedented events, what can your fans expect to see next from you for the remainder of the year?

TWO LANES: We are working on lots of new music, so we hope to share some new tracks later this year! Further, we are working on our live set and can’t wait to play our first shows once the situation will allow that!

TWO LANES has no plans to slow down their efforts of bringing honest and meaningful music to their fans. Stay tuned for more news from this inspiring sibling pair, they are definitely ones to keep on your radar!