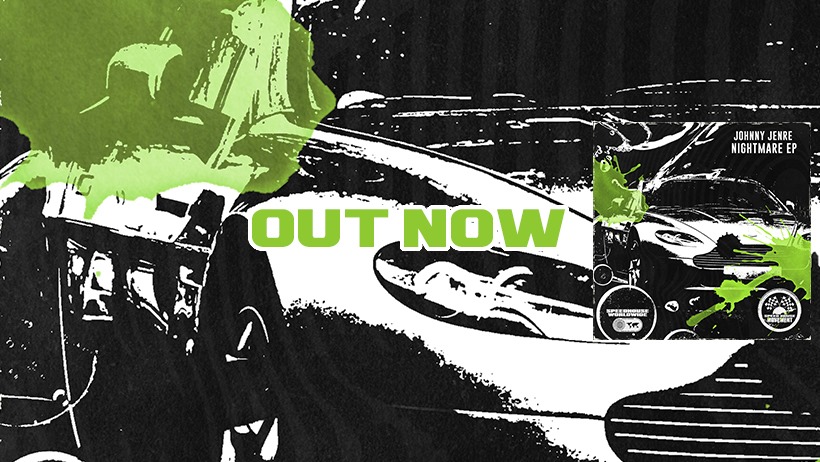 Officially out now via Haus of Panda, Johnny Jenre is dishing up his brand-new Nightmare EP. The recently-formed label is a partner imprint to Brooklyn Fire, an established and successful label owned by Tommie Sunshine.

Nightmare offers up two debut singles for Johnny, and the amount of intensity pouring from the walls of these tracks are already proving championship level. The EP kicks off with “Jagged,” which lives true to its name. Wasting no time in developing its fundamental haunting tones, “Jagged” shakes with energy and rumbles with bass, leading to one cohesive piece of adrenaline. Dropping into absolute chaos, this is a new smash for anyone looking for some straight bass heat.

“I had a blast making these tracks, the sound design flow was on point and everything just flowed perfectly.” – Johnny Jenre

“Night Terror” doesn’t slow anything down, rather builds on the already insane pace. Clocking in at just over two minutes, “Night Terror” is a crisp and tantalizing track at its core. The song’s drop steals the show at a wild 150BPM, unleashing monstrous bass that shouts loud through the speakers as the track reaches its peak.

John Gonzalez is the creative mind behind Johnny Jenre. Producing since 2009/2010 and being extremely detailed in the releases he commits himself to, he revels in the overflow of creativity that comes to him in the studio, thus translating the energy into high quality work for the world to hear.

Related Topics:johnny jenre
Up Next