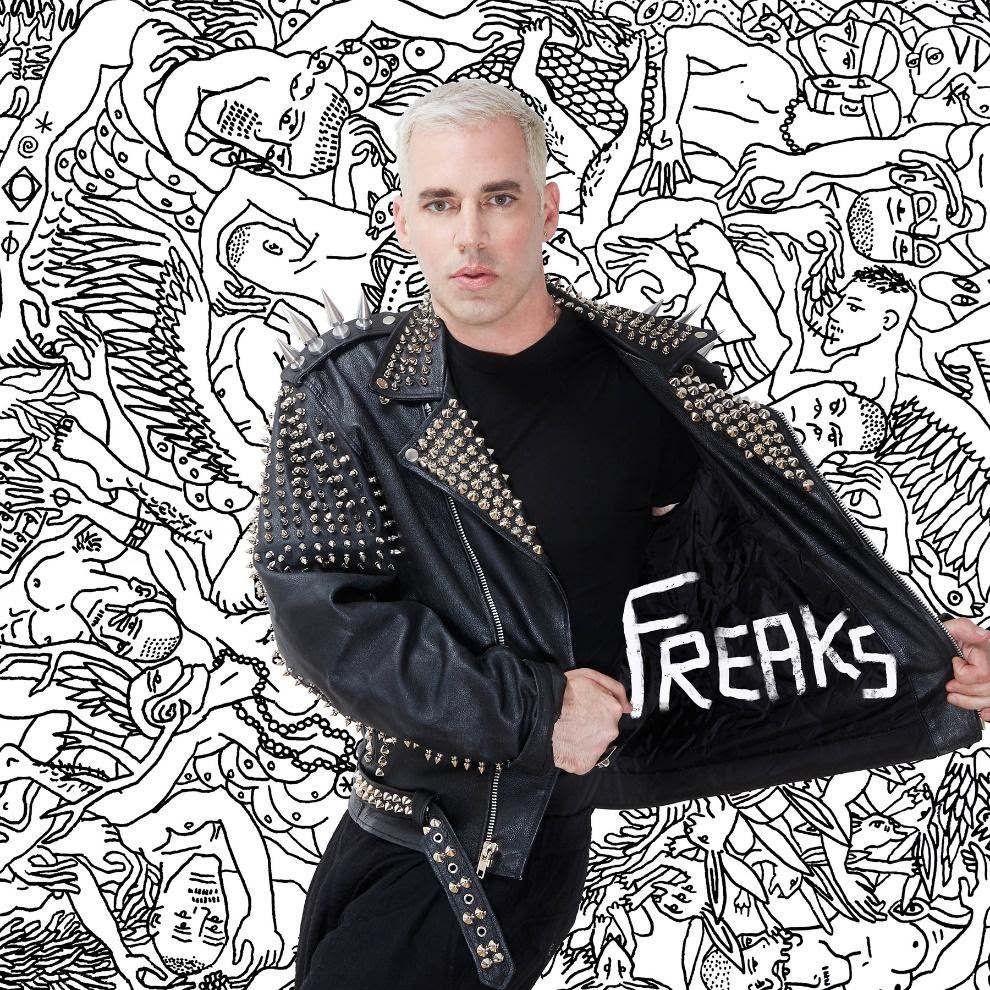 Multi-talented dance-pop artist, John Roberts, dropped his brand new single “Freaks“ produced by Junior Sanchez today via X-Bop. A music video accompanies the single and director/choreographer, Nina McNeely who has worked with the likes of Rihanna, Björk, Banks, and more, accompanied the creative process of the video.

Produced by legendary studio artist and longtime club friend Junior Sanchez, “Freaks” has vintage disco energy, yet very modern production. The track starts with a catchy arpeggiated melody, driving drums, and a fun bassline. John’s vocals then come in to uplift the energy of the track and build tension before the hook. Sanchez’s production is strong as he fuses eighties new wave, pop, and house music through the lens of the 21st century.

This track is built around vintage electro, indie panache, and pop bombast while its corresponding video complements the song with a Bauhaus-inspired theme. Unique moves from a synchronized line of dancers set among popped blocks of color gives “Freaks” a fresh retro look with a modern twist.

“Freaks” is the follow-up to John Roberts’ 2019 self-titled EP. Produced by Big Black Delta, it featured his UK club hit “Looking.” Look for remixes for “Freaks” to be released by Harry Romero, Tommie Sunshine, and ANT LaROCK in the coming weeks, followed by more new music moving into 2021.

Hailing from Edison, NJ, John Roberts’ deep-rooted love for music can be traced back to his youth. At the onset of the 90s, he fell in love with the New York City rave scene and frequented the storied warehouse parties mythologized in movies like Go. He visited Other Music in the city’s fashion forward village neighborhood on a weekly basis to buy new releases from Orbital, Moby, and more. Going from a music lover to being in a band was a no-brainer, and Roberts found himself as the front-man for Opti-Grab, who toured constantly.

John is not just limited to music. On the acting front, he has gone from viral YouTube clips like “The Christmas Tree,” “My Son is Gay,” and “Jackie & Debra” (generating more than 40 million views), to appearances on “The Tonight Show,” “Archer,” and more. He has also embarked on multiple tours alongside Margaret Cho. He went on to join the cast of the EMMY Award-winning “Bob’s Burgers” as lovable and loud matriarch, Linda Belcher, which landed him his first EMMY nod in the category of “Outstanding Character Voice-Over Performance” in 2015. The show is now in its 11th season with a feature film to be released spring 2021.

tyDi Reveals “Fool For You” Through Tell You Something Label