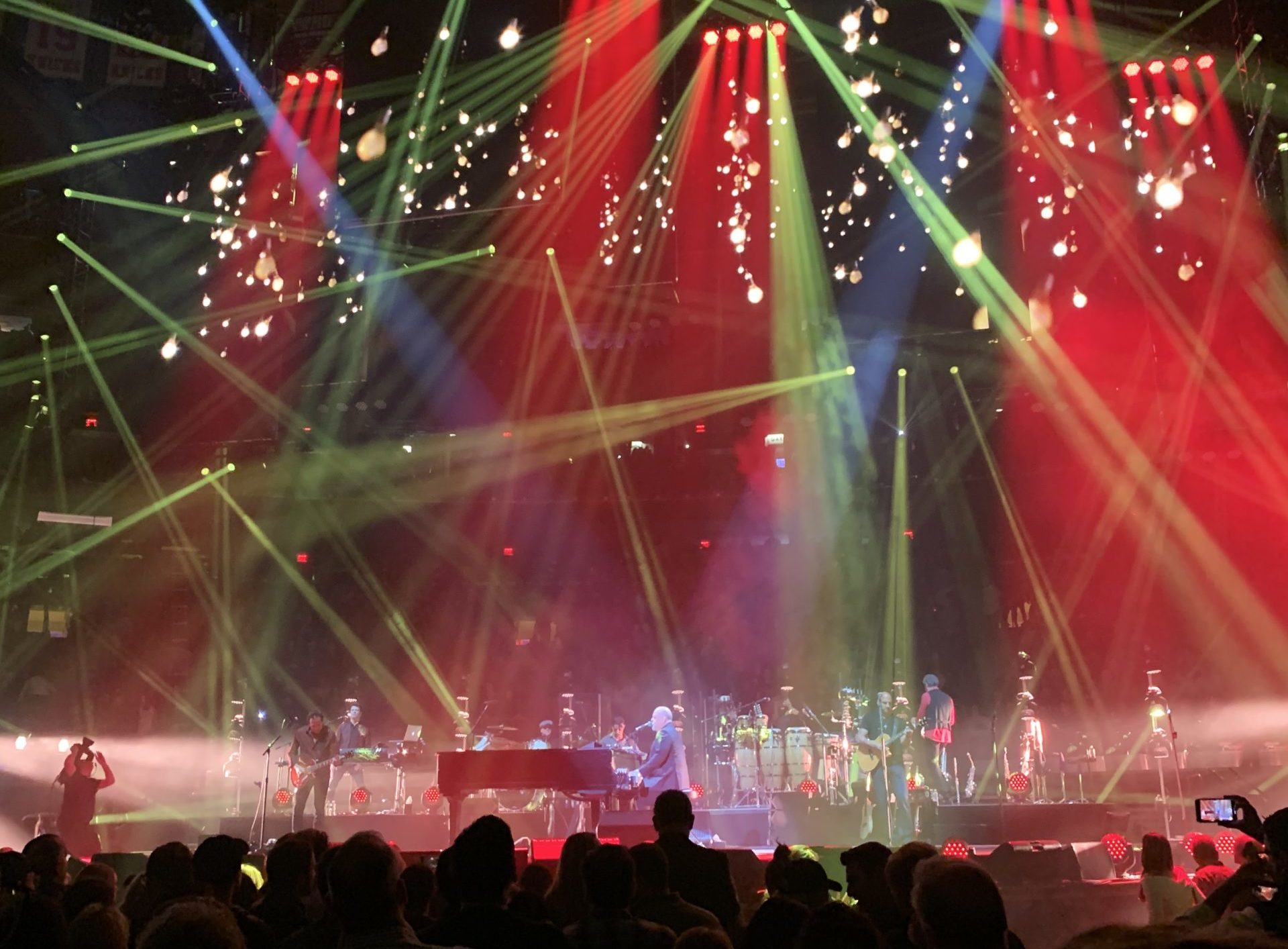 Billy Joel delivered the 71st show in his monumental Madison Square Garden residency series on Wednesday, December 11 — and it was an unparalleled Christmas spectacular.

Beginning at approximately 8:30pm, Billy Joel started his 26-track ensemble with “I Go to Extremes” from his 1989 album, Storm Front. The energy within the World’s Most Famous Arena was kick-started by track two as Joel performed his wickedly-popular “Movin’ Out” to the sold-out crowd at The Garden.

Giving the audience a chance to decide the fate of track no. 3, Joel surveyed by round of applause between “Summer Highland Falls” or “Vienna.” By a unanimous uproar “Vienna” won the vote and Joel proceed with his 1977 hit, followed by “The Entertainer,” “She’s Right On Time,” and “For The Longest Time.”

For the second year in a row, Joel brought out his oldest daughter, Alexa Joel, for holiday duets, including “Have Yourself A Merry Little Christmas” and “White Christmas.”

Set mainstays and crowd favorites “New York State Of Mind,” “Only The Good Die Young,” “Piano Man,” “River Of Dreams,” “My Life,” and “Scenes From An Italian Restaurant” kept the audience moving and harmoniously singing along in unison.

Joel jokingly chatted with attendees about how he would be focusing on a lot of his “non-hit” singles, which were in actuality, still hit songs, depending on who you ask, of course. Billy’s “Don’t Ask Me Why,” “Zanzibar,” “Allentown,” “Always A Woman,” “Say Goodbye To Hollywood,” and “All About Soul” were also included in the Dec. 11 set listing.

When it came time for the show’s closing, Billy breaks out some of his dance moves and microphone tricks, jamming along with his band. The December 2019 encore encompassed some of Billy’s most famous tunes, including “We Didn’t Start The Fire,” “Uptown Girl” “It’s Still Rock and Roll to Me,” “Big Shot,” and “You May Be Right,” which incorporated pieces of Led Zeppelin’s “Rock N Roll.”

Related Topics:Billy Joelchristmasthe garden
Up Next