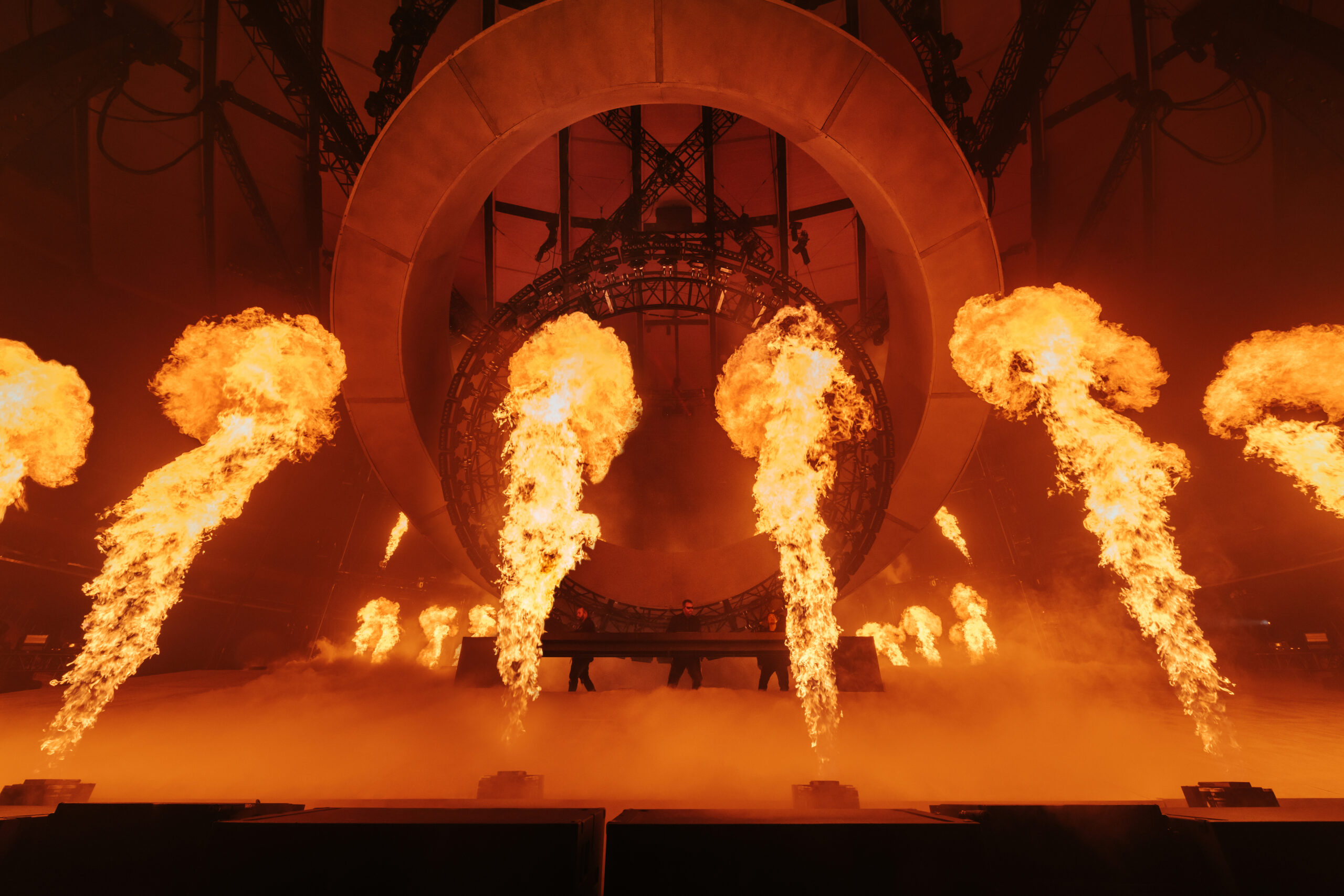 It’s been over a decade since Swedish House Mafia performed at Madison Square Garden — and the world-famous electronic trio made their grand return to the World’s Most Famous Arena on Weds., August 3, 2022 for an unforgettable evening full of classic songs and new music.

Following the release of their latest album, Paradise Again, Swedish House Mafia returned to NYC amid their Paradise Again World Tour, which is currently sweeping the globe. To kick off their tour, just following the release of their debut LP, Axwell, Sebastian Ingrosso, and Steve Angello debuted their new state-of-the-art stage design at the Coachella 2022 mains stage, where they headlined alongside The Weeknd. SHM also tapped The Weeknd for their return single “Moth To A Flame,” which has been sweeping the airwaves and DJ sets since its release in late 2021.

The evening continued with SHM serving up proper mash-ups, keeping the sold-out MSG crowd on their feet. Steve Angello & Laidback Luke & Rowetta “Be vs. Show Me Love vs. Knas” was next up, as the arena could be felt shaking and vibrating along with the bass and crowd sing-alongs. “Calling” vs. “Tell Me Why” by Sebastian Ingrosso, Alesso & Supermode into a mega-mashup of “Frankenstein vs. More Than You Know vs. Teasing Mr. Charlie,” was next up on the setlist, followed by their Knife Party collaboration, “Antidote.” Swedish House Mafia’s “Redlight” ft. Sting, Axwell /\ Ingrosso’s “Dream Bigger” ft. Pharrell Williams, and their smash “One (Your Name),” also featuring Pharrell, kept the energy high in the Big Apple.

ZHU kicked things off just ahead of Swedish House Mafia at The Garden — and in proper fashion. Hot off the heels of his brand-new Musical Chairs Mixtape (Vol. 1) via Astralwerks, which was announced immediately following his Lollapalooza set last weekend, ZHU took to the sold-out NYC crowd to perform some of the songs from the release. In addition to those showcased from Musical Chairs Mixtape (Vol. 1), ZHU included some of his most famous works, which had the crowd moving and singing along. From a poetic setlist to a sensational light show, ZHU’s set became an evening highlight — and as he took the stage, nearly every body in attendance took to their “seats” to not miss a minute of what ZHU had to offer.

Swedish House Mafia are currently continuing their Paradise Again World Tour, has just released a new song with Fred again.., headlined Coachella in April with The Weeknd, and will headline Ultra Music Festival 2023 in Miami. For more information and to stay up to date on all things SHM, visit swedishhousemafia.com.