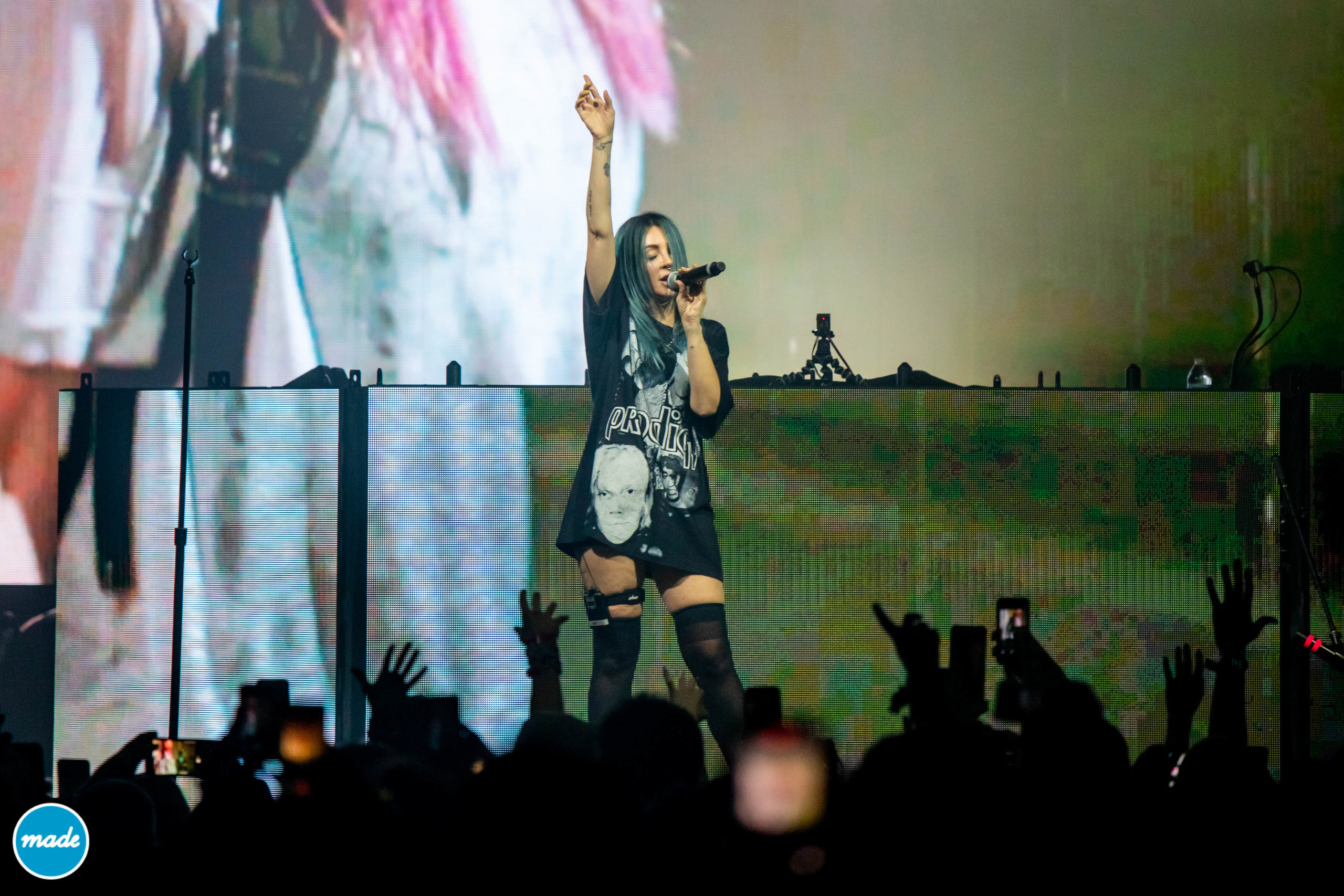 What happens when you bring together top dance music talent and one of New York’s best venues? A sold-out obsess-fest, and that is precisely what electronic queen Alison Wonderland brought to Brooklyn’s Avant Gardner this past weekend.

Rushing through Kings Hall at Avant Gardner, Alison brought nothing short of symphonious moments, glowing charisma, high-octane arrangements, and fierce presentations to Brooklyn. Opening the curtains for the night, the crowd witnessed what is arguably the audience’s favorite part about Alison’s sets; an intro played by her and her serendipitous cello. Recognized for pouring emotion and soul into her music and especially live performances, even just a short taste of her instrumental talent is as sweet as could be. Accompanied by two live drummers cloaked in all-white jumpsuits and an entire production setup built for this show, you could tell right from walking in that it was going to be a serious night of showstopping performance.

There’s nothing like going to see an artist who has an extensive catalogue of classic songs and experiencing them play a tremendous amount of them. Alison outdid herself in this aspect, weaving in all sorts of staple tunes like “I Want U,” “Easy,” “Church,” “Good Enough,” “Lost My Mind,” “Peace,” and her ever-pleasing remixes of Dua Lipa’s “New Rules” and Yellowcard’s “Ocean Avenue.” It was extra increible to hear older songs thrown back into her sets like “Already Gone” and “Run,” both of which are personal favorites and never cease to conjure up emotion in the crowd.

Throwing every ounce of might until afterhours of the night, Alison was intertwined with her fans for hours on end, vibing at the highest frequency the crowd could have asked for. Losing herself in the moment, Alison set the pace and lit the mood for another flourishing set that included trap-centric mixes, light and airy vocal touches, booming drops, and ambient dance-floor tracks that altogether built into a masterpiece orchestration.

Produced by powerhouse curator Made Event, this show and dozens of others each season have set fire to the city of New York alone. Their reach has expanded well beyond standing as the creators of the city’s famed Electric Zoo festival, and touched down on a global scale. Known by their high-caliber entertainment and expert production values, Made continues to set the bar high for quality electronic music events.

Avant Gardner couldn’t have been a more ideal location and atmosphere for Alison’s showcase. Respected for being an epicenter of NYC’s entertainment sphere, Avant Gardner and partner in crime Made Event have raked in A-list names and acts since the venue’s doors opened a number of years ago. Well-equipped to handle, sellout, and deliver astonishing live music experiences, the venue utilizes intricate audio-visual elements in every one of their four swoon-worthy stages. Whether Kings Hall, Great Hall, Lost Circus, or The Brooklyn Mirage, party-goers stream into Avant’s paradise year round for a vast array of calendar events they won’t soon forget.