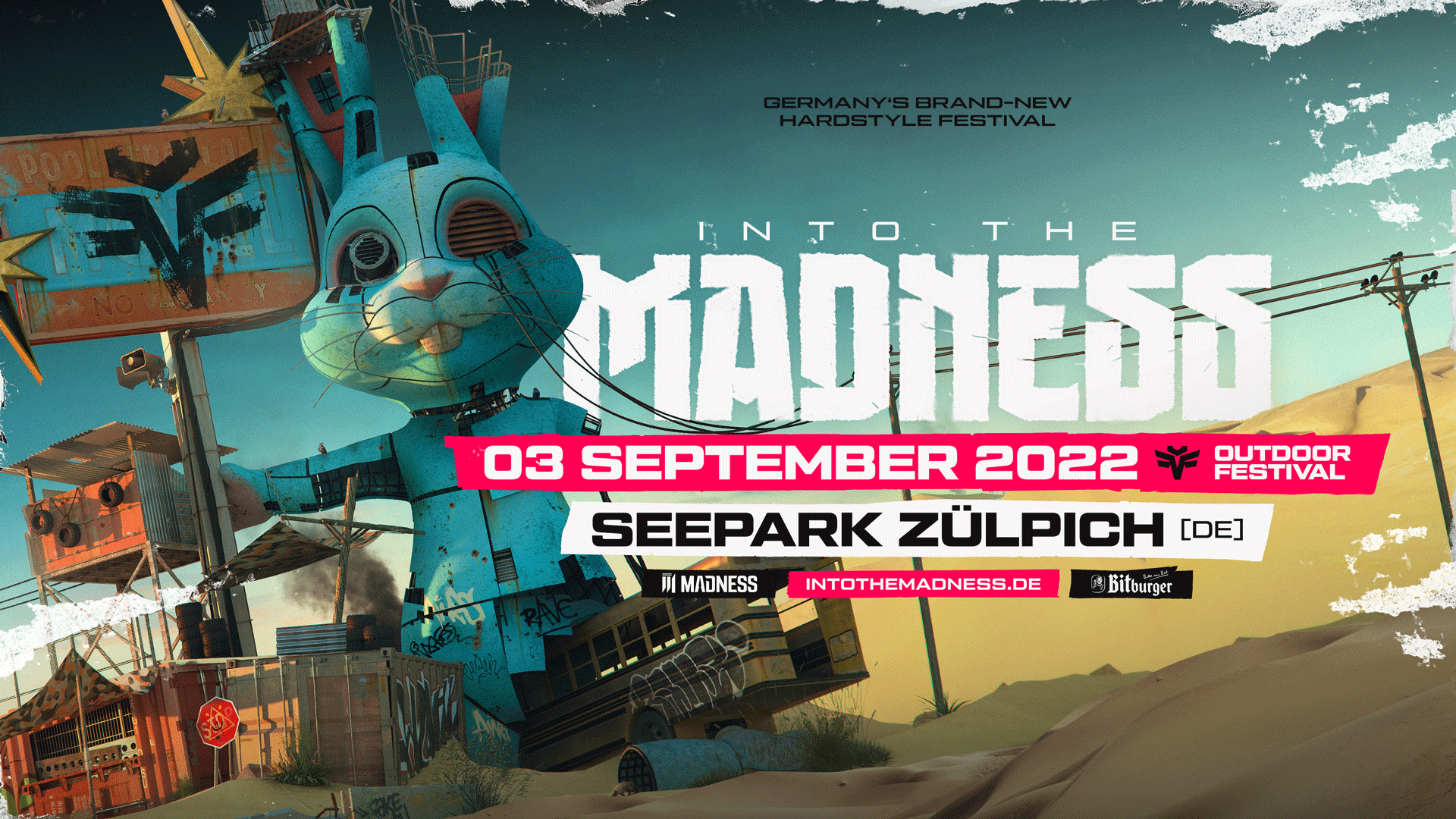 Germany Looking Forward to “Into The Madness”

Musical Madness is proud to present Germany’s brand-new outdoor Hardstyle festival “Into The Madness.” On Sept 3 2022, the gates to our land of lunacy will open to the insane few. Musical Madness will present you with 2 stages and more than 25 of the best artists Hardstyle has to offer.

At the fantastic location Seepark Zülpich harstyle fanatics will be able to escalated to the highest level, with a lineup that will make anyone that loves hardstyle wants to attend this festival. One can dance to the beats of big names like Headhunterz, D-Block & S-te-Fan, Rooler and many more.

Musical Madness has rightly established itself as one of the hardstyle organizers par excellence in recent years. In the course of numerous successful events in clubs like the Bootshaus, at festivals like New Horizons or during the pandemic at Arena Now, the team led by Benjamin Reichert and Daniel Grassi showed how great the passion for an electronic music genre can be.

But now it is time for the next step. After the indoor festival APEX planned for March had to be postponed due to the corona, Musical Madness is now heading for the outdoor area. The new event Into The Madness celebrates its premiere on September 3rd in the Seepark Zülpich (near Cologne) and offers the fans not only a 100% Madness guarantee but also an incredible line-up.

To properly celebrate the start of Into The Madness, the organizers are planning two stages and 27 artists. Among them there will be six exclusive B2Bs and live acts.

“The Sunset Ritual will be a 15-minute show-part on the mainstage to ring the bell for the last three performers of the day: D-Block & S-te-Fan, Rebelion and Warface – Forgotten Future. Musically, the ritual will be a mix of some Hardstyle classics and brand new music. Of course we’ve even planned some specials for this, so make sure you’re there!” – Benjamin Reichert

For everyone that wants to join this premiere. Tickets can be bought here. You can get the Early Explorer Pass for 69.90 euro and the Premium Madness Pass for 89.90 euro.

Related Topics:hardstylemusical madness
Up Next

San Hejmo Returns in 2023 with Two Days of Camping