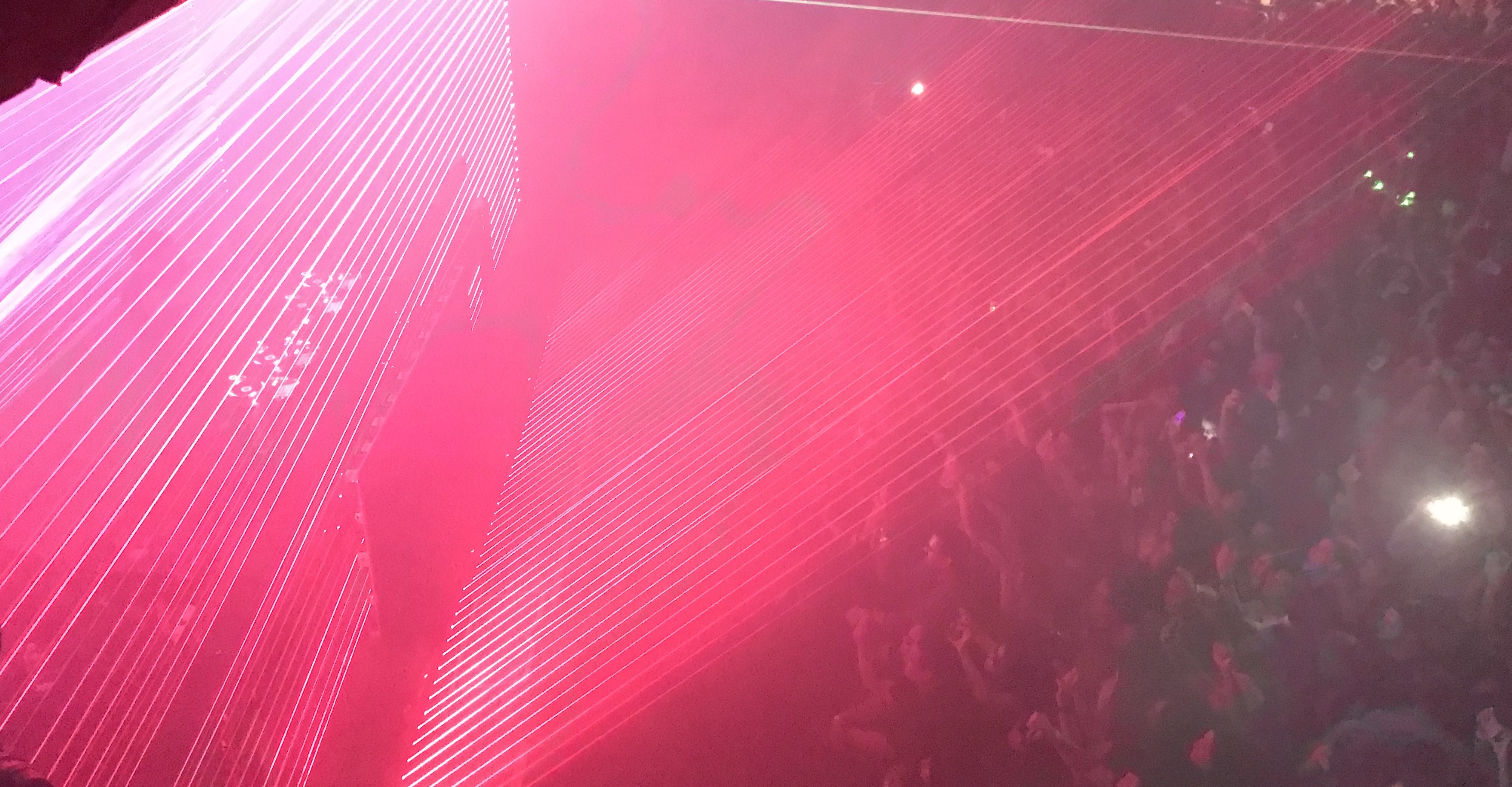 International DJ/producer Gareth Emery successfully and perfectly executed his innovative Laserface concept at New York City’s Terminal 5 this weekend. The sold out show was the first of its kind, an immersive production all about the lasers and nothing else.

Trance and lasers have always gone hand in hand, but Gareth Emery set out to take this Laserface show to the next level. Joined by opening act Union and support from Garuda artist Craig Connelly, the musical tone had been set early for the main attraction. A year of meticulous planning and hard work was about to culminate into one hundred minutes of magic and music.

Opening with his Northern Lights classic “Arrival,” Gareth and Anthony Garcia a.k.a Mr. Nice Lasers started the show with a bang. Anthony Garcia is the renowned laser operator who can be found tucked away in the production booth, seamlessly matching lights and lasers to Gareth Emery’s mixing. The team of Gareth & Anthony controlled all that you see and hear.

Trance fans were treated to both unreleased new productions and some older favorites that have turned into anthems. Early on and mid-set, unidentifiable vocal tracks had their time to shine on the NYC crowd. In addition to the handful of no-IDs at the start, attendees who’ve been listening to dance music and Gareth for years sang along to “Concrete Angel” (John O’Callaghan Remix), a mashup of Eric Prydz “On Off” vs. Gareth Emery’s “U” and a nostalgic Jochen Miller “Lost Connection” vs Gareth Emery & Krewella “Lights & Thunder” mashup.

Our most memorable laser shows occurred during Gareth & Standerwick’s 2017 Tune Of The Year candidate, “Saving Light” ft. HALIENE and then a mind-blowing Laserface showcase amidst the Ben Nicky & Luke Bond remix of trance classic “Ayla,” which every seasoned trance fan could recognize. Creating his own show dedicated to lasers & trance was a risk for Gareth, but it’s safe to say the sold out masses had seen something they will remember for a very long time.