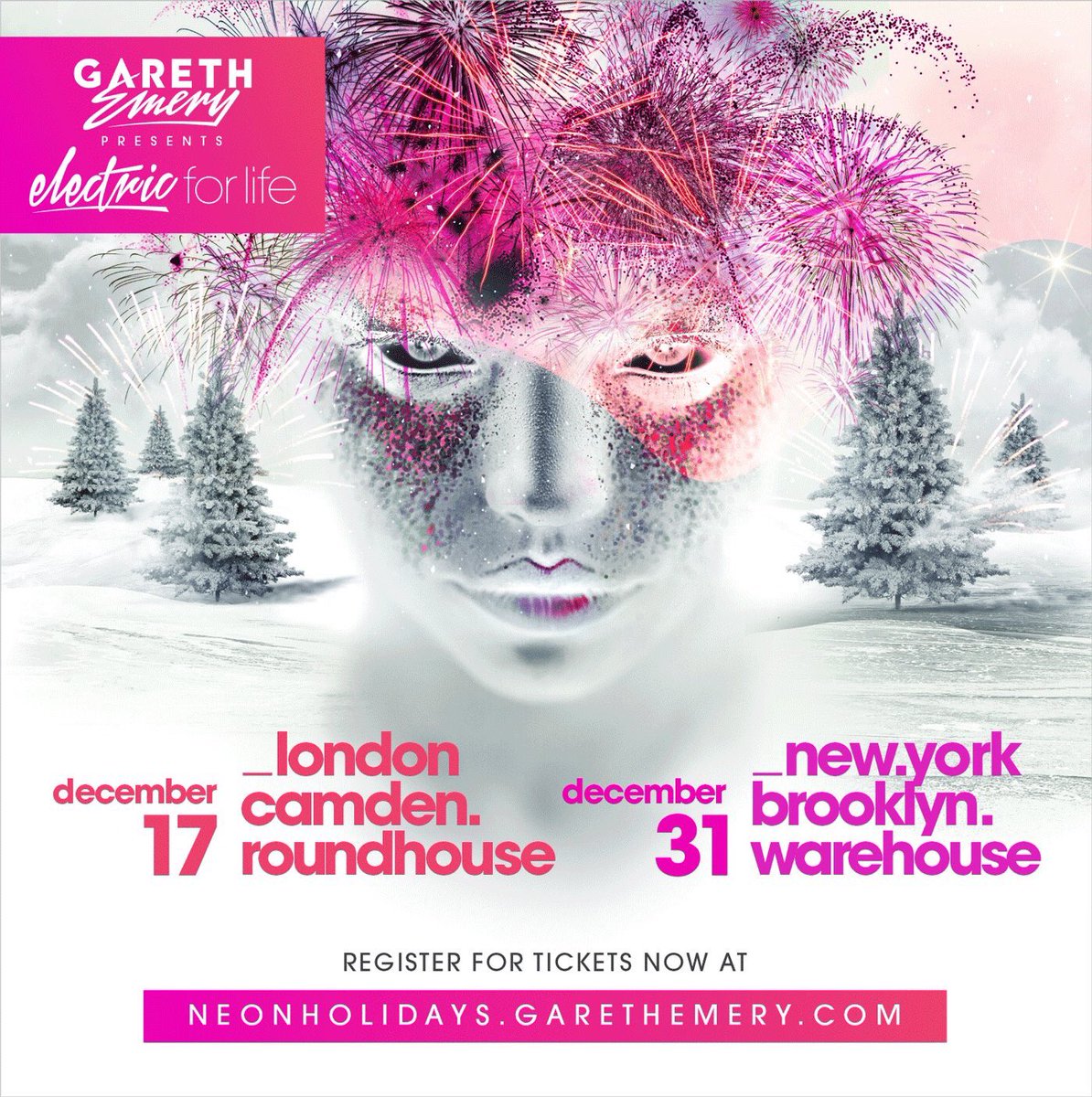 Bringing in the New Year is one of those classic reasons to celebrate big! How you decide to ring in 2017 will be something you remember for the rest of your life. This time around, Gareth Emery will be throwing his own New Year’s Eve party as he returns to soundtrack the secret Brooklyn warehouse.

New York City is the undoubted epicenter of the world and Time Square is in the heart of Manhattan where over a million party-goers swarm to catch a glimpse of the ball drop as well as all the festivities that go along with it. On Dec. 31st, Gareth Emery & RPM present Electric For Life: NYE 2016 along with thousands of NYC trance fans inside the Brooklyn Warehouse.

Since his last performance at Electric Zoo’s Riverside stage and his Marquee NY after-party, Gareth has since highlighted his Electric For Life tour with a plethora of live performances. The International DJ/producer has already announced on the lineup: Standerwick and Christina Novelli will play supporting sets on New Year’s Eve.

For more information on Gareth Emery or to get tickets for his EFL London show at the Camden Roundhouse on December 17th and EFL NYC at the Brooklyn Warehouse on December 31st visit NEONHOLIDAYS.GarethEmery.com.