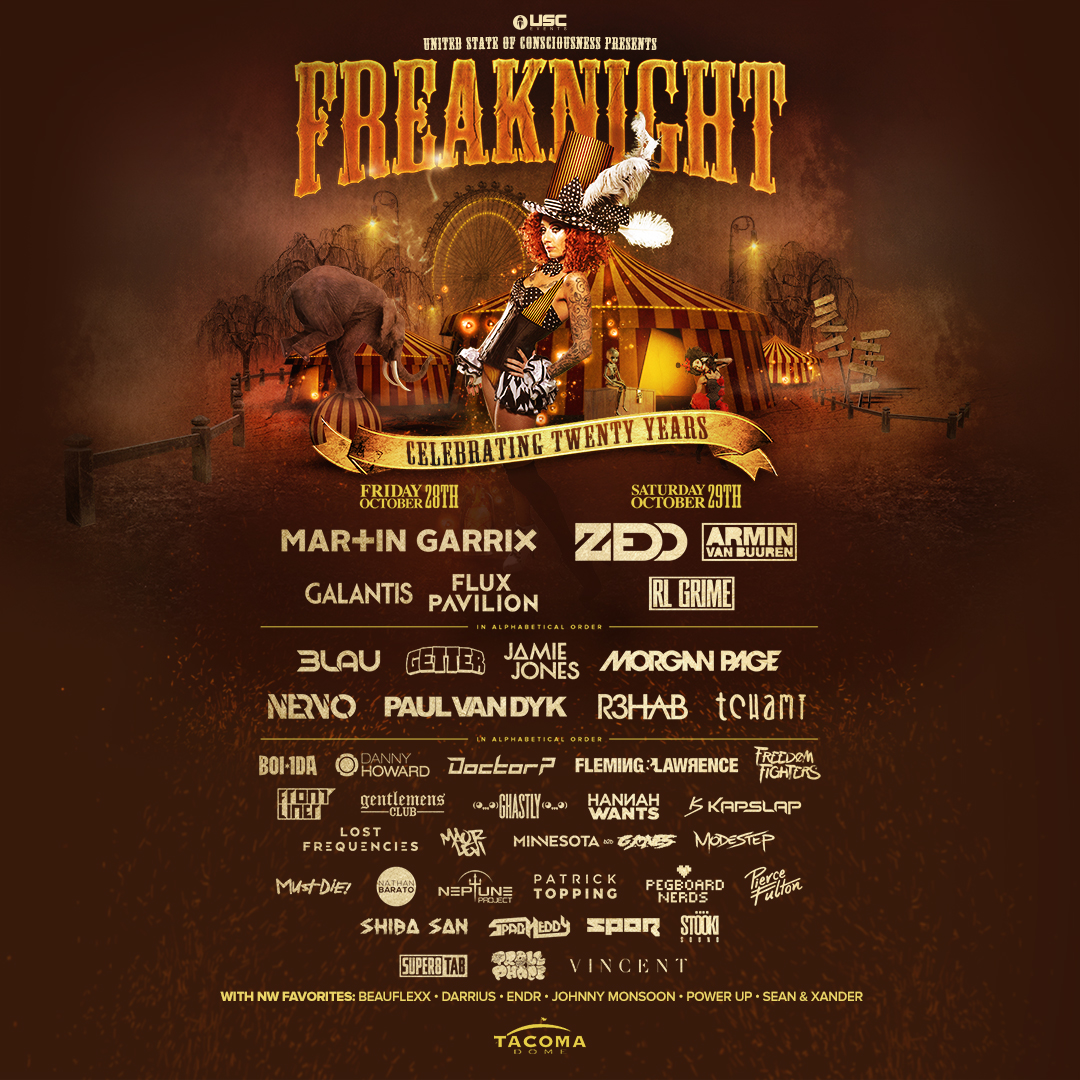 Returning to Tacoma, Washington to celebrate 20 years, FreakNight Festival, brought to you by USC Presents, has just announced its diverse electronic lineup for this year’s spectacle. On Fri., Oct. 28th & Sat., Oct. 29th, join thousands of other costumed EDM enthusiasts for a West Coast Halloween event unlike any other. The full festival lineup was unveiled today (Sept. 29).

United State of Consciousness Presents FreakNight Festival’s 20th anniversary under the Big Top at the Tacoma Dome. Two-day tickets and single day ticketing options are available as of Fri., Sept. 30.

For more information visit freaknightfestival.com. Keep up with the latest updates from the festival on Facebook.