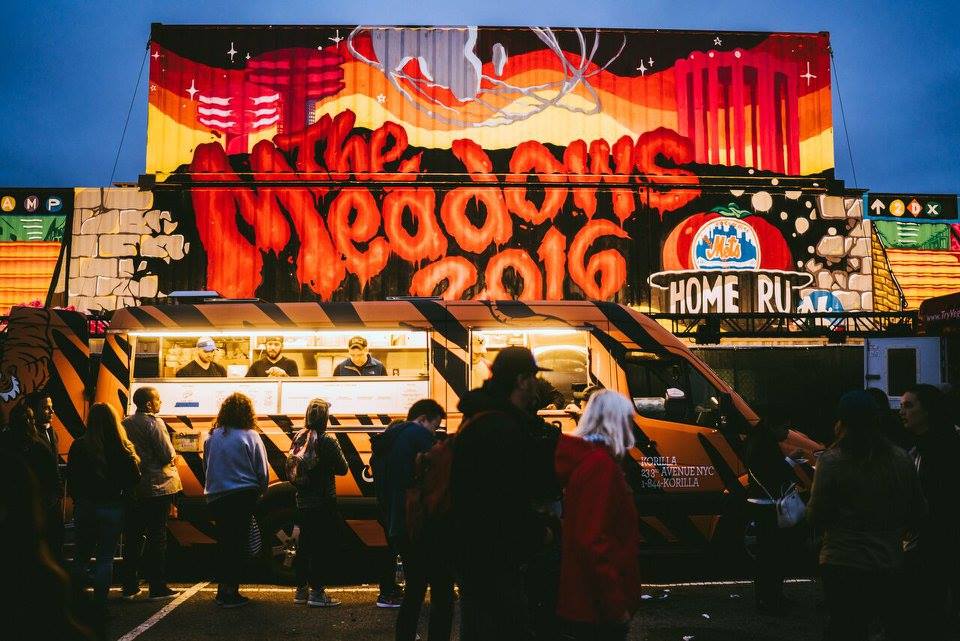 Over the course of the two-day NYC music festival, music lovers gathered in the open spaces of Citi Field parking lots—with the home of the New York Mets as the backdrop. General admission ticket holders, VIPs, Super VIPs, and Freeloaders flocked to four stages: The Meadows, Queens Blvd, Shea, and Linden Blvd.

New York-style art in the form of graffiti was scattered across the festival grounds where the stages saw little to no sound interference. The cloudy days didn’t put a damper on most festival-goers’ experiences as thousands gathered at Citi Field on Sat., Oct. 1st and Sun., Oct. 2nd to catch a glimpse of their favorite acts.

Chromeo’s Saturday afternoon ensemble had Meadows main-stagers grooving along to their disco-vibe tunes from “Jealous (I Ain’t With It),” “Old 45s,” “Sexy Socialite,” and “Over Your Shoulder,” where they asked for the crowd to raise those around them on their shoulders.

Zhu, the talent responsible for releasing his debut LP this year, Generationwhy, serenaded his enthusiastically-conjured crowd. Zhu fans sang along and grooved to his smooth tunes, “Hometown Girl,” “Faded,” “In The Morning,” “Palm Of My Hand,” and “Generationwhy,” among others.

Kanye closing
Meadows patrons we’re patiently waiting for the start of Kanye West’s performance at the festival main stage on Sunday. Scheduled to begin his Life of Pablo ensemble at 8:15 p.m., West didn’t take the stage until nearly 9 p.m. Included in his showcase was: “Famous” with Rihanna and Swizz Beatz, “Ni**as in Paris” with Jay-Z, and “Jesus Walks,” among others. While singing his popular “Heartless,” Kanye walked off stage due to a family emergency. Attendees would later find out that West’s wife, Kim Kardashian West, was robbed of jewelry that same night in Paris.

Kygo “stole the show” at Queens Blvd, while fans awaited for the start of Kanye’s set at The Meadows stage. Kygo’s set included his notorious anthems “Stole The Show,” “Carry Me,” “Firestone,” “Stay,” and other vocal creations from his chart-topping Cloud Nine album.