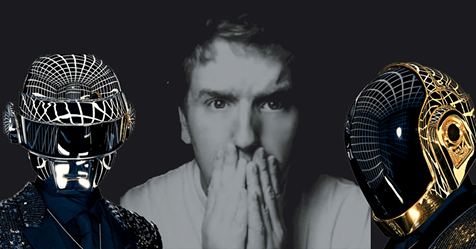 In May 2018, the dance music fandom spun into a frenzy when a 17-second ‘leak’ was anonymously uploaded to SoundCloud. But why did this short clip garner so much attention?

The secretive track has come back to life now with a new twist. Uploaded and simply titled ‘x’ by mysterious user ‘User19972001200420132019,’ the clip quickly went viral and sparked a slew of Daft Punk rumors across major online portals. Picked up by the official Daft Punk subreddit page, r/daftpunk, it was understandable why so much interest in the piece brewed forward.

Almost exactly one year later, we have the answers to the community’s unresolved questions. Up-and-coming French producer TKNIK has confirmed he is in fact the one behind the production. What was originally leaked on SoundCloud was a clip taken from TKNIK’s new single, “Baby You Want” featuring Gamble & Burke.

He’s recently put it back online, and spoke publicly about it for the first time sharing, “Everything happened so fast I actually feared for myself, especially as a Daft Punk enthusiast, not meaning to steal their thunder.”

After 12 months of passing time, TKNIK has decided to unveil the track to the world, releasing it via esteemed French label Sidekick Music. Take a listen & you’ll understand why it was pulled into the Daft Punk kingdom!