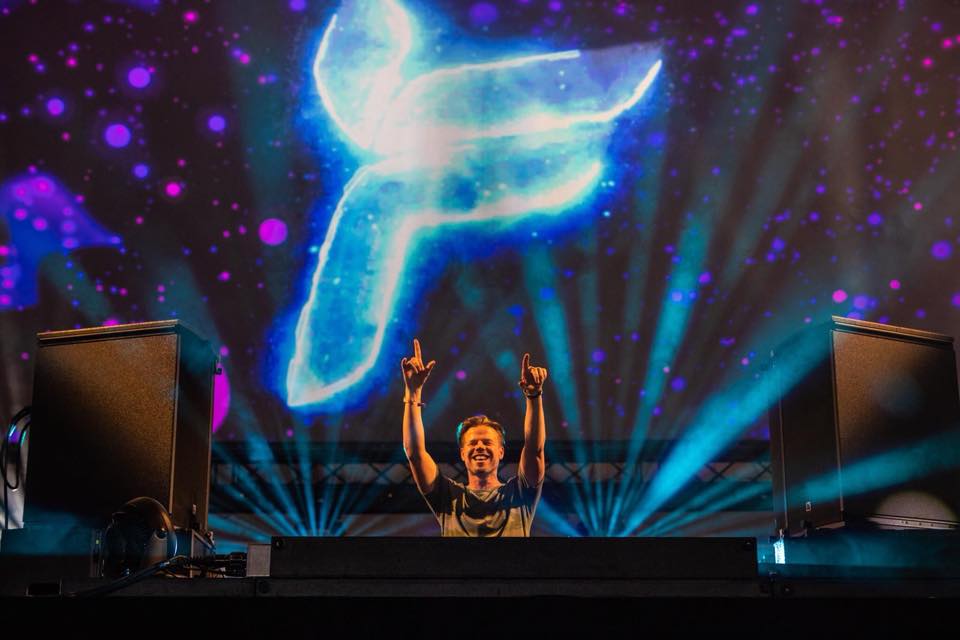 Many know him as one of the biggest Trance music gurus of our time, and others recognize him simply as one of the most long-standing leading artists in the electronic genre. Dutch DJ/Producer Ferry Corsten has stayed on the very top of his game since 1999. Jump to 2020 and you’ll see the just the kind of influential magnitude his musical works and live performances have had on the industry and global fan bases alike.

Ferry will be heading down to Miami next week for another year of music week festivities with one special UNITY event on Friday, March 20th at Wynwood Factory. Playing alongside fellow trance maestros Gabriel & Dresden, Luccio, Simon Patterson, and SOLARSTONE, the crowd is going to experience a proper dose of UNITY at its finest. Ferry’s UNITY project has become arguably the most cohesive and fulfilling project that dance music has seen over recent years. Honing in on expanding horizons to bring one another back together rather than divide into niche trance styles, UNITY has manifested in strings of live performances as well as studio collaborations.

2020 has already seen the release of “Flanging,” Ferry’s newest track with Purple Haze (the alias of Sander van Doorn). The track features every ounce of mystery one could hope for from this alluring collaboration, incorporating a plethora of dark tones woven amidst intense rhythms. The essential foundation to “Flanging” is built upon Ferry and Sander’s finest technical production skills and innermost creative melodic feats. Together, the fusion of such genius minds have come to light in one masterpiece of electronic paradise.

Before MMW arrives, we had a chat with Ferry himself on his upcoming music week, as well as UNITY, new music, memorable tour moments and more. Read on fellow Nocturnalists 🙂

Nocturnal Times: It’s a pretty special week to be together with hundreds of music professionals for Miami Music Week- what is it for you about Miami that you love the most? What are a few things you look forward to every time music week rolls around?

Ferry Corsten: MMW is a pretty crazy week. There’s obviously a lot of exciting things going on during the week.  I love being able to meet up with all my friends from the scene that I normally connect with through email or quickly at other festival or music shows. It’s always nice to be up close and personal with fans.

Nocturnal Times: Will you have down time to catch friends’ shows?

Ferry Corsten: I’m staying a day longer so I definitely have time to visit other shows and watch my peers play.

Nocturnal Times: On Friday night you have your UNITY event at the Wynwood Factory – have you played that venue before? Tell us what sort of performance is in the works this time around?

Ferry Corsten: I have never played at the Wynwood Factory so this will be a first time for me. I’ll be testing some new productions that I have been working on. Seeing as this is a Unity concept, I’m excited to play together with all the guys on the line up.

Nocturnal Times: Since this is our first time chatting with you, we’d love to talk to you more about UNITY. We know in a broad sense that it is your attempt to unify the trance world and all of its elements. Now that your collaborations are well underway, talk to us about its impact so far? Is it manifesting the way you envisioned?

Ferry Corsten: Trance has become such a niche genre that I hoped that banding together with other DJs within the trance scene would help make a bigger impact. It definitely has people always talking about the next Unity release.

Nocturnal Times: You’ve started the year with “Flanging” alongside Purple Haze who, if readers don’t know of yet is the alias of Sander van Doorn. We love the dark tones to this track, can you walk us through the production of this one?

Ferry Corsten: Sander and I have been talking about a collab for years. But with both of us being so busy with our own projects, it was difficult to make it a reality. A couple of months ago, fate brought us together at a show in Thailand where we had some fun adventures during the night itself. Of course, the topic of collabing was brought up again and Sander played me a sketch of something that he was working on. It was a great basis which I brought back to my studio and worked on it further. The next week we set up a production day in my studio and built further on the idea on what we had so far. It’s great to see a track organically come to life from people who are on almost opposite sides of the spectrum. That is what Unity is all about.

Nocturnal Times: Miami and Ultra are an exciting marking point of new music for this upcoming year and giving fans a taste of what’s to come. What can you share with us about the music you have in the pipeline?

Ferry Corsten: I have a surprise project that will be revealed in the next few weeks. Other than that, a few Unity collabs will be released later this year and a Gouryella is in the pipeline. Last but not least, as you may know, after MMW I will start my What the F tour worldwide. In connection to this, I am working on a number of productions and updates of my older tracks.

Nocturnal Times: Let’s talk touring! Which cities and countries are on the horizon and are there any in particular you’re most excited for?

Ferry Corsten: As I mentioned, after MMW I am launching my What the F tour worldwide with a first stop in London and continuing throughout the year in many cities and countries around the world. What the F will be my solo night where I will only be playing my music and my remixes from doors open till close. It will be an absolute blast.

Nocturnal Times: After decades of touring, which are a few of your favorite countries or cities to play in and why?

Ferry Corsten: I have a special spot for Japan. When I first broke through as a DJ I had so many unique and unforgettable experiences there. I remember one of the first few times I played in Argentina, I was blown away by the organic “sit down” where no mic was needed to get it done. I remember getting stuck in a snow storm outside a car on the way to a show in Canada because the driver left the keys in the car which locked us out. I had a robbery once at gunpoint in Sao Paolo Brazil, on the way back from a national radio interview. I’ve played on a flying UFO stage 40 meters off the ground for hundreds and thousands of people at the South East Asian games in Singapore. I’ve had the privilege of experiencing so many amazing moments while touring and I’m absolutely grateful and lucky to have been through this.