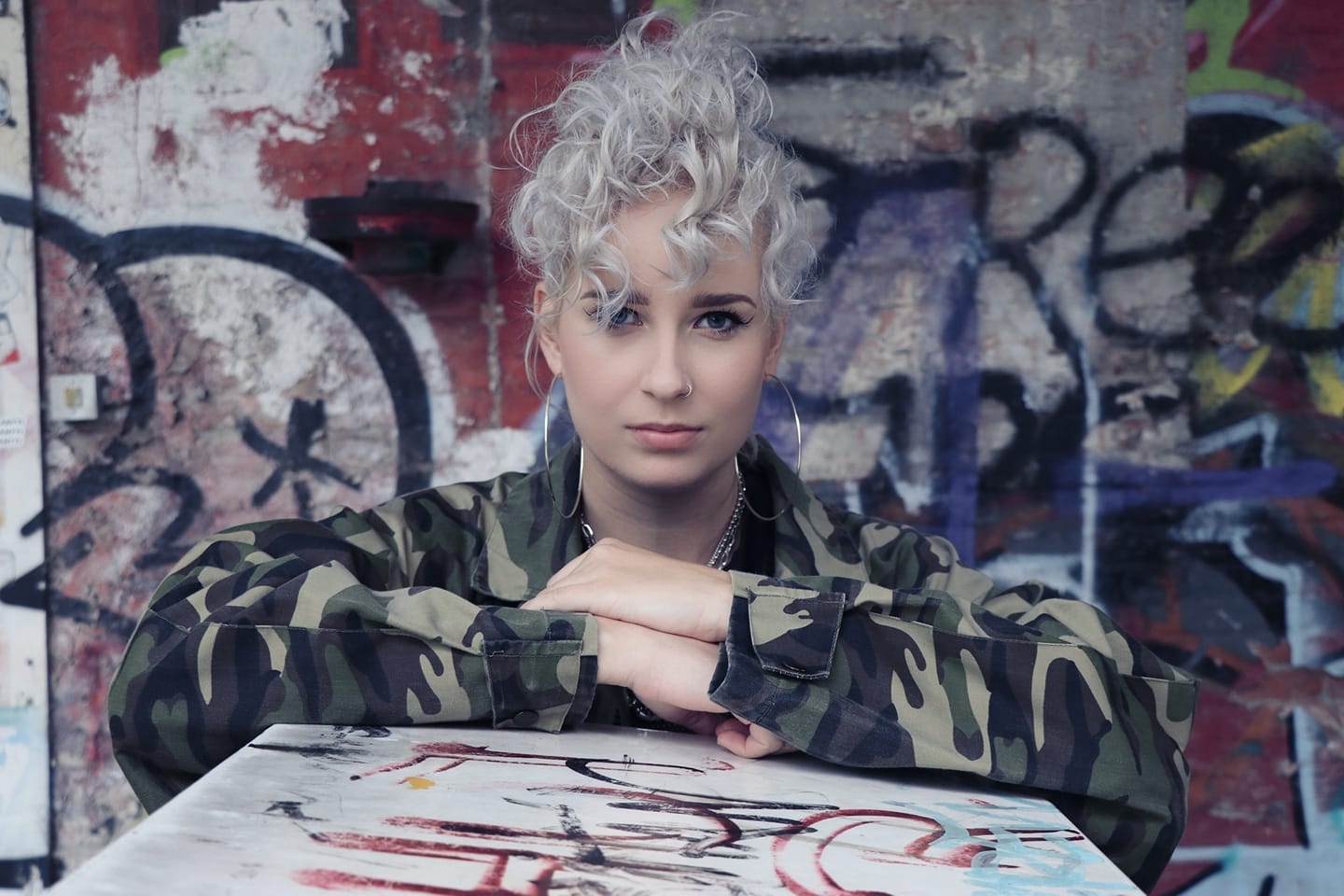 Very few clubs have such a dedicated fanbase as the legendary Bootshaus (Cologne, Germany). With this club open again the masses are flocking towards the opening parties. But in regular Bootshaus fashion, they decided not on a spectacular opening weekend but on an opening month. With acts like Carnage, Reinier Zonneveld, DJ Snake, Afrojack, Tchami, a massive Blacklist opening event, and Musical Madness presenting “Madness: The Return,” it doesn’t matter what taste in music you have, Bootshaus has it all for you. This club is beloved by fans and artists alike as most artists have this club on their bucket list to play at least once before the fabled Bootshaus crowd. But what would all these great acts be without the local resident DJs that support them?

Today we are lucky enough to sit down with one of these unsung heroes. The beautiful trap queen Elle Rich. She is a resident DJ for Bootshaus, and in particular, for the more trap/bass orientated events there.

Nocturnal Times: Hi Elle, thank you for taking your time for this interview. Please tell us how you became a resident DJ at Bootshaus? Is it sending in your application, did you get asked or how did it happen? Cause you are Dutch and Bootshaus is in Germany?

Elle Rich: No problem, Thank you for asking me! For years I was daydreaming about having a gig in Bootshaus. In my country (the Netherlands) we don’t have a bass scene at all. Only some dnb events so I felt so ‘stuck’ in my own country as a DJ who likes to play Trap, Dubstep, and all harder styles combined together. I see in a lot of countries this is appreciated, and my big goal was Bootshaus. Then, I saw the Bootshaus DJ Contest in 2019 and I was like: I’m READY! I still remember when I got the e-mail that I was selected for the top 10 and that I could participate in the finals. I was so nervous, I had to go first but I really gave my all. Thank god the judges saw that and noticed me because I WON the contest! I was crying with happiness. This is how it all started…

Elle Rich: Thank you! I was over the moon happy. My life changed completely. After I won the contest they asked me to play direct support for Krewella in the main in Bootshaus. What a night! I felt goosebumps all over my body and was so intensely happy that I finally found a place where I am embraced. Not long after that, they invited me to the office, and then I heard the sick news that they wanted me as the new Bootshaus Resident DJ. I couldn’t believe it, and I still can’t sometimes. After that amazing dreams came true over and over again. I was support for huge DJ’s as Carnage, Krewella, Yellow Claw, DJ Snake, I went on TOUR through ASIA. As I said, dreams came true! and this was all only in 1 year!

Nocturnal Times: That sounds pretty amazing. How did it happen that you were able to tour Asia? Tell us more about it. Was it your first gig abroad? What is a crazy story you want to share with us?

Elle Rich: My booker Tobi contacted me with dates. If I wanted to go on tour through Asia with only top 100 DJ Mag Clubs and I was like. This isn’t real! But it was. In November 2019 I went on tour through China and Japan. It was crazy! I can’t explain in words how crazy this was and how happy and grateful I am that I was able to do this. Bootshaus changed my life. It wasn’t my first gig abroad but it was the first tour I ever did. And to have had such a tour as this as my first tour was something I couldn’t ever imagine.

Nocturnal Times: The last year was a big year for most people in the music industry. How did you spend your time? And what is the most important lesson you took from that period?

Elle Rich: The biggest lesson I learned from it is: Don’t ever take anything for granted. It can be taken away any second. I have to say I already lived by that motto before but I could never imagine that this could be taken away from me. I focussed on making a LOT of new music and also started with the education Sound Engineer to broaden my horizons and get better and stronger out of it. And I did. I feel strong and ready for the next steps.

Nocturnal Times: How important is it for you to work on your own music? You made some waves with your track “Mea Culpa.” Congrats on that. When can we expect a new release?

Elle Rich: It’s very important. I learned that also from the covid times that I could work on my own music was a blessing. It made me realize I also have to make more time to make more music, also if things opened up again. Yeaaah! Mea Culpa hit over 250.000 plays! I’m so happy with the support on that one. My next release is planned for November.

Nocturnal Times: Looking forward to that new release. Let us circle back to Bootshaus. What does ‘Bootshaus’ mean for you? And what makes this club so special compared to other clubs?

Elle Rich: Bootshaus is literally my second home. As I told you before in this interview it really felt like a homecoming because I didn’t have one in my country. A place where I can be fully myself. A place where everybody can be themselves, laugh, party, sweat, and make moshpits together. This club is unlike every other club. The Bootshaus Family is really a thing, It’s really something we do together with all of us. The visitors, DJ’s, staff, everybody. It’s such a unique vibe. And the ENERGY.. every time over and over again, is the craziest thing I have ever experienced playing in clubs.

Nocturnal Times: You have opened for many big names in the past and now during opening month you shared the stage with Carnage and DJ Snake. How was it being back behind the turntables? And how excited were you when you found out they reopened the club?

Elle Rich: I can’t explain. When I heard the news when I got the call I cried so hard… Like really hard, haha. I was so afraid for this day not to come anymore. But here it was. I was the first DJ playing at Bootshaus again after 500 + days. We finally reunited, and we reunited HARD. The energy was unmatched and many people were emotional, me too.. it was beautiful. If you were there you know exactly what I mean by this. We were together again.. The family reunited. I fully exploded behind the decks and really told myself to enjoy every second as if it would be the last one behind the decks again.

Nocturnal Times: If you look back on all the nights you played there, which one is your most memorable or favorite and why? Any news on the next big act you will be supporting?

Elle Rich: I have to say now at this time after corona, the most memorable one was the first opening show again with Carnage, because of all the energy that was released. All the emotions, it was so intense. But before Coronavirus, my most memorable night at Bootshaus was the night when I was support for Carnage’s Hell. Together with Gravedgr, Lil Texas, and me. That night was sooooo sick. But I have to say, every night is memorable for me and written on my heart.

Nocturnal Times: Is there anything you want to share with us?

Elle Rich: I want to thank you for this interview. Also, I wanna thank Bootshaus for giving me all the chances I got, and keep giving me. I can’t thank them enough. Sounds like an Oscar speech hahaha, but I mean it. Without Bootshaus this all wasn’t possible. Dreams came true. Will see you soon family!

Nocturnal Times: Thank you for your time to sit with us and good luck on your next gig.