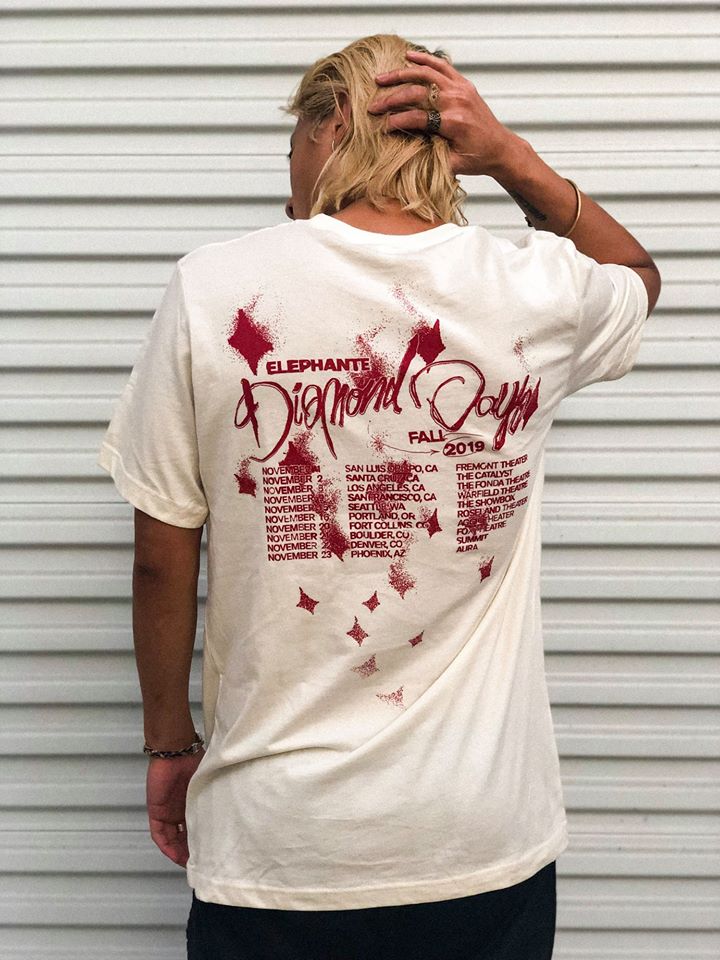 Continuing his electrifying streak of both sensational live performances and world-class quality records time after time, Michigan-born DJ/producer Elephante is sitting strong atop the radar of golden electronic artists. There’s no debate that the young and thriving artist turned The Fonda Theater in Los Angeles into a zoo for a night of high-energy antics, as a host of his crowd pleasing tracks filled the air and atmosphere with nothing but pure musical radiance.

Things have been kicked up an extra special notch as Elephante also just released the 2nd phase of the Diamond Days Tour which will sweep through February 2020. Beforehand, fans can warm up with Club Nights edition of the tour, kicking off on December 4th in Las Vegas. The Diamond Days Tour Phase 2 will hit New Orleans, New York, Washington DC, and more. Club Nights is sweeping through Salt Lake City, Honolulu, Dallas, Montreal, Atlanta, and more. For pre-sale tickets and a list of all cities, visit the website here.

The LA stop of his Diamond Days Tour not only lived up to expectations, but surpassed them in a multitude of ways. With the support of vivid and remarkable visuals, Elephante’s set possessed a plethora of top-notch audiovisual components that coincide flawlessly with his studio productions. The Fonda Theater received a proper dose of old and new from Elephante’s set which embodied the vitality of his current and previous releases. Featuring numbers from his album Glass Mansion, as well as original singles and an eclectic array of remixes, the pace changed from heavy-hitting fast moments, to deeper and more intense styles, to mesmerizing melodies that captured the audience in a heartbeat.

Accompanied by his recognizable live guitar sessions and riffs, Elephante blasted the venue with inspiring synths that reminded us all of why his global recognition stands in such high regard for influential creativity within dance music. Fusing together elements of live instrumentals with Djing is one of the most sought after talents in the industry right now, and Elephante is right amidst that limelight. As the night progressed, the crowd of enthusiasts from across Southern California were delighted to experience the highly anticipated Diamond Days Tour just as imagined. Los Angeles is yet another impressive mark on Elephante’s touring repertoire, alongside more than two dozen current festival appearances since 2017.

After graduating from Harvard with a degree in economics, Elephante embraced his dreams and ambitions and turned to pursuing the joy of making music as his ideal career path. After being inspired by performances from Porter’s Worlds Tour, Odesza, and more, Elephante is thrilled to be upon the Diamond Days Tour to share a self-created experience with fans and music fanatics globally.

Most recently, fans have been indulging in recent track releases including “Diamond Days,” Elephante’s most recent single. “Diamond Days” encompasses his atmospheric sound to a new degree by boasting even more finely tuned production skills and a freshly minted persona that fans around the world are becoming more and more addicted to. 2019 may be coming to a close, but 2020 is looking as promising as ever for a thrilling world conquer by Elephante.