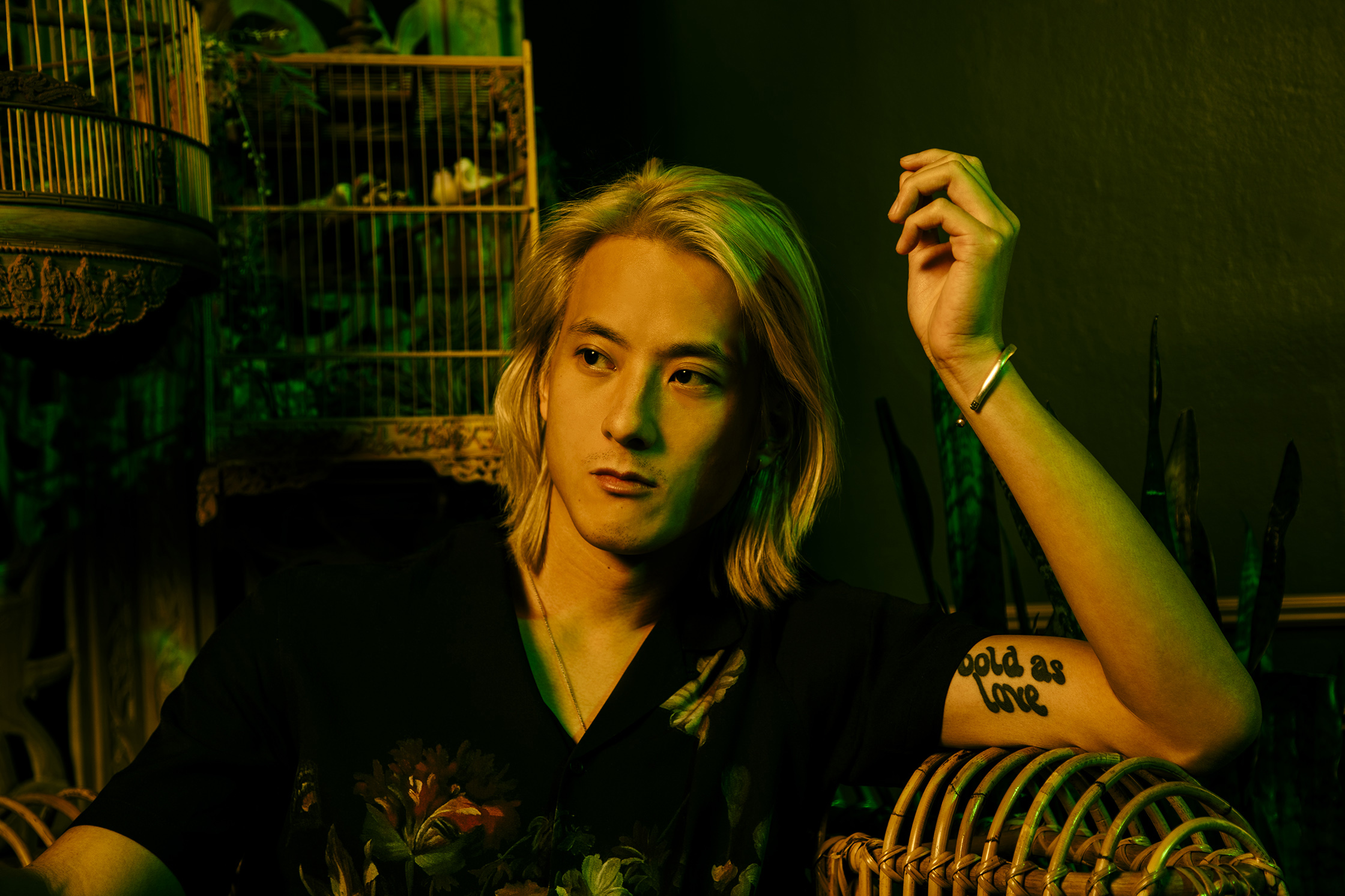 Following last month’s wondrous “High Water” release, Elephante is back on the release radar with yet another emotive single. Exploring the sentimental concepts of feeling nostalgic and lost in a sea of constant change simultaneously, the renowned DJ/producer unveils astonishing fresh single, “Holy Ghosts.” In a world where nothing felt even close to ordinary for quite some time, Elephante turned to the one thing that always keeps his peace of mind in tact: creating beautiful, moving melodies for listeners across the globe to indulge in.

Written during a time where the need for everyday human connection and interaction was at its peak, the track reminds listeners why it’s so beneficial to appreciate the small, simple things in life. Just like the rest of us, the LA-based musician felt trapped and secluded in a world of his own, despite being in the epicenter of the usually buzzing city. With all the uncertainty and eerie, destructive energy everywhere, Elephante had no choice but to express his feelings of discomfort and denial into the beautifully written tune that is “Holy Ghosts.” Touching on the themes of escapism and reminiscing life as we knew it wholeheartedly, “Holy Ghosts” is the type of genuine, heartfelt tune that anyone can attest to.

Now that things are slowly but surely going back to “normal,” Elephante is thrilled to disclose one of his most sentimental and personal songs to date with fans all over the world. With a plethora of shows and music festival appearances lined up in the forthcoming months along with the release of his debut album later this Fall, Elephante shows absolutely no signs of letting anything get in his way from doing what makes him the happiest. Its authentic and wholesome musicians like him who keep making the world go round with their inspirational melodies, and we’re honored to have had the chance to gain more insight on all things “Holy Ghosts” and more in our interview with him below!

Nocturnal Times: Thanks for chatting with us! What has been your main priority in regards to your music career during this first half of 2021?

I’ve just been grinding away on my album. During the pandemic, I was pretty depressed and felt pretty uninspired and hopeless. The only thing that got me out of it was singing and playing guitar, just like I did when I was a kid in my bedroom. And since then, it’s been trying to figure out how to translate that into my music. On top of that, I’ve been trying to figure out dope ways to express myself visually – big things like the “High Water” music video, but also just drawing and painting content to go with the album. I’m really focusing on creating both music and visuals that inspire me, which takes time, but it’s such a gratifying experience and process.

Nocturnal Times: Your first show post-lockdown was a few weeks ago at Temple in San Francisco, that’s so exciting! How does it feel to be back on the road performing for a crowd again?

It was honestly crazy, and reminded me how much I missed it.  During the pandemic, part of me was worried that I’d never get to do it again – now I’m just so grateful that I get to do what I do. I realized how much life playing shows gives me, and I’ve been feeling so inspired and hopeful ever since.

Nocturnal Times: In just a few months, you’ll be throwing the house down at the EDC Las Vegas mainstage! Looking back on the past year and a half, did you ever imagine or visualize the possibility of getting the news about your grand mainstage slot this year?

Elephante: So I actually was supposed to play main stage in 2020, so that was a big letdown in a year full of other let down’s. It’s one of those things where it’s like, ‘wait, is this actually going to happen?’ In a way, it’s for the better though – I feel like I’ve leveled up as an artist over the last couple of years, and am leaning into the live elements of my show like singing and playing guitar live, and I can’t wait to play all this music that I’ve been making on the biggest stage possible.

Nocturnal Times: What other shows or festivals are you looking forward to playing the most in the next forthcoming months?

Elephante: Of course EDC Vegas is the big boy. Then there’s EDC Orlando, and a bunch of other ones that haven’t announced yet, so just stay tuned as those come up 🙂

Nocturnal Times: In terms of your music, we’d love to hear more about your newest single, “Holy Ghosts”. Can you tell us more in depth how the entire creative process for the moving single came to be?

Elephante: “Holy Ghosts” was actually the first song I wrote during the pandemic, as I was coming out of the deep, dark hole I was in. I realized just how much I was living in the past and wanting things to go back to the way things were. Those memories were actually haunting me, and made it really difficult to try to accept the situation, move on, and make the best of things. I’d be daydreaming about how great things were even just months before – touring, seeing my friends, and even just being around people.

The phrase “Holy Ghosts” popped out and just felt like a perfect, if even a little blasphemous, way to describe how I was feeling. Then as far as production, it followed my usual creative process of starting at my piano and snowballed from there. I knew I wanted that guitar riff, and then a synth doing the same melody, and then them coming together at the end.

Nocturnal Times: “Holy Ghosts” touches on all the eerie memories of lockdown and the entire pandemic in general. Was there a particular message regarding this disconnect in everyday life as we know it that you were hoping to get across to listeners with the tune’s emotive melody and lyrics?

Elephante: Lockdown was so isolating and dark with an almost apocalyptic, biblical feel. I was craving for things to go back to “normal” and, there was a hopelessness that persisted that fueled more reminiscing, even on the mundane parts of life. During the peak of the pandemic, I’d drive to the grocery store, drive down the 101 and it would be a ghost town- completely empty. I live in LA and traffic is a part of life. I’d be flying down the streets and feel like, ‘man this is really weird, I actually hate it.’ That’s how fucked up the pandemic was – it made me actually miss LA traffic.

Nocturnal Times: Your Sophomore album is on the release radar later this year, you must be thrilled! Will “Holy Ghosts” be one of the tracks on the LP?

Elephante: I’m so stoked – it’s been a long time coming, but I promise it’s actually coming. “Holy Ghosts” will be on it, as well as the first single “High Water.” We’ve got a couple more singles coming, and the album will be out this fall.

Nocturnal Times: Now that you’ve released some pretty striking tunes to dance music lovers across the globe, are there any other projects or announcements yet to be unveiled you’d like to share with our viewers?

Elephante: I’ve just put everything I’ve had into this album, and I can’t wait for everyone to hear it. There will be some cool companion stuff coming out with the album as well, but you’ll have to wait and see what’s coming with that 🙂