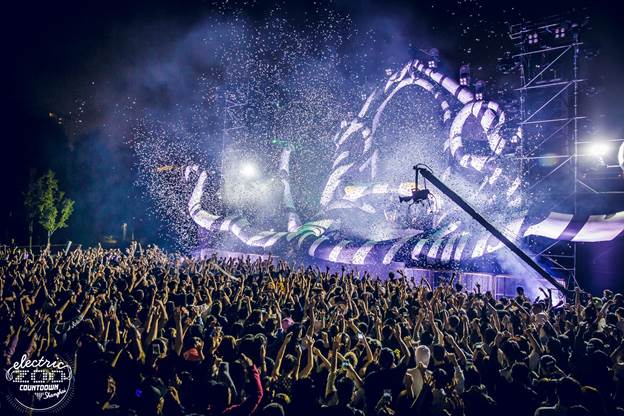 Flashback to Labor Day Weekend in New York and you can’t help but recall this year’s Electric Zoo: Wild Island, which took over Randall’s Island Park for its eighth edition. This past weekend, Electric Zoo made its first-ever expansion to China. Electric Zoo: Countdown Shanghai was held on Saturday, November 12th at Shanghai’s Expo Park. The sold out EZoo was a partnership between Made Event and Kanjian, one of Asia’s leading music service companies.

The notorious Octopus stage traveled across the globe for its debut in China, which brought electronic dance music heavy-hitters Dada Life, Sander van Doorn, and Oshi.

New York’s premier electronic music festival, Electric Zoo, has been making waves since its inception in 2009. In recent years, following its partnership with SFX Entertainment North America, the festival has introduced themes such as Electric Zoo: Transformed (2015) and Electric Zoo: Wild Island (2016). Check this space for details on what’s the come in 2017.