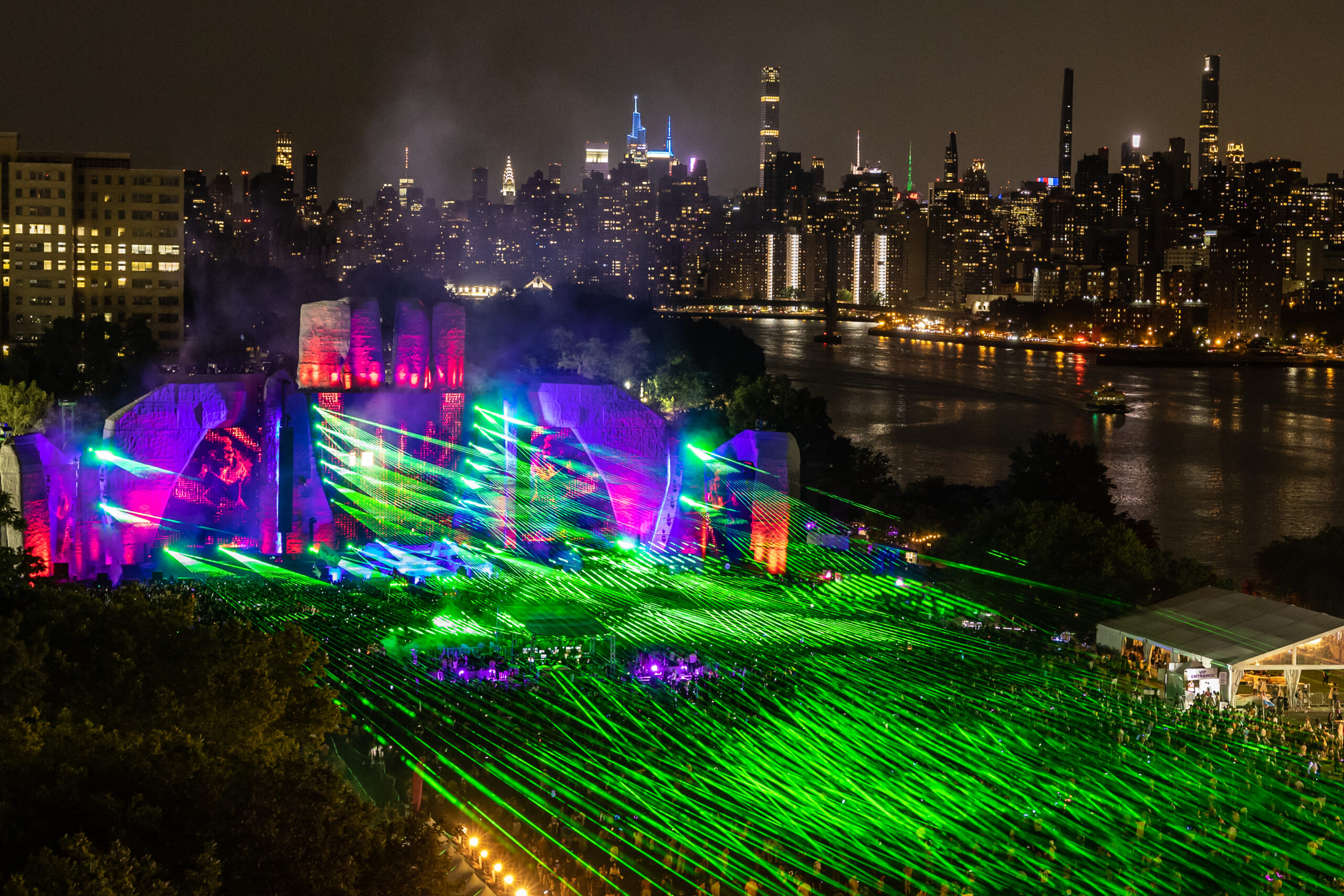 Electric Zoo has been recognized as New York City’s premiere electronic music festival since its inception back in 2009. This year was the elite festival’s 13th installment, and boy did the lucky number 13 play its game right this time around. There’s truly no better way to celebrate a long weekend than by living your best life and dancing all your worries away amidst the city that never sleeps’ dazzling, eye-catching skyline, and this year’s grandiose Labor Day celebration at EZOO was one for the books.

The city’s most renowned event venue, Avant Gardner, acquired Made Event (who initially founded Electric Zoo) earlier this year. Despite the grand acquisition taking place only a few months before the festival’s scheduled Labor Day weekend dates, this year’s Electric Zoo 3.0 production was everything we imagined and more. The premiere music festival drew more than 100,000 die-hard dance music lovers all weekend long, with Saturday and Sunday being completely sold out.

But what exactly made this year’s Electric Zoo stand out from the previous years’ installments? This year’s production focused primarily on crafting a distinct and immersive experience at each of the festival’s four newly redesigned stages. Along with a completely revamped festival grounds setup all-around, the re-imagined Antheon, The Landing, Morphosis, and Levitron stages left attendees absolutely mind-blown.

Throughout the years, Electric Zoo has been recognized for consistently curating star-studded lineups full of the most internationally acclaimed DJs and producers. This year, they truly outdid themselves with the overall lineup draw and diversification of electronic soundscapes and multitude of stage takeovers throughout the course of the weekend.

The Antheon stage, aka the main stage, hosted the festival’s marvelous headliners and like-minded supporting acts. Names like Afrojack, Diplo, Porter Robinson, DJ Snake, Subtronics, Martin Garrix, John Summit, Zack Martino, Ship Wrek, Surf Mesa, and many others took over this massive, rock-shaped stage all weekend long. No matter the time of day or who was performing, the crowd was going absolutely bananas to every single set.

The Morphosis stage kicked off the weekend with bass-heavy names like G Jones b2b Eprom, Memba, Off The Trees, Apashe, and more. Then, house music was the star of the show all throughout Saturday and Sunday with artists like Camplephat, Cristoph, Sidepiece, AC Slater, Bontan CID, Eden Prince, and many more keeping the crowd on their toes.

On the other side of the festival lied the Landing stage, which was our favorite stage of the weekend. With an otherworldly visual-audio experience full of extensive lasers and pristine design elements, every set here was surely one to remember.

Future-house pioneer Tchami kicked off the weekend at the Landing with his CONFESSION stage takeover with artists like Malaa, Wax Motif, Matroda, Bijou, and more. On Saturday, JAUZ presented his Bite This! ensemble alongside Moore Kismet, DJ Diesel (Shaq), and Whipped Cream among many others. Sunday consisted of the highly-anticipated, grandiose techno lineup with names like Loco Dice, Carl Cox, DJ Holographic, Ilario Alicante, Andrea Oliva, and Chelina Manuhutu.

The Levitron stage experience resembled some of the older EZOO stage concepts but with dramatized production elements. Day one was for the trance lovers, with artists like Jason Ross and Ilan Bluestone taking over the decks. Saturday and Sunday were more bass-induced, with CloZee’s Odyzey label takeover featuring names like Redrum, Tripp St, Wreckno, Mersiv, and more being the most memorable and the perfect way to close out the weekend at this mesmerizing stage.

“Having spent 13 years with EZoo since its inception, I have to say that this was one of the most special editions we’ve ever had. Working together with the new ownership we’ve brought about the start of an inspiring collaboration. We’re thrilled by support and such positive feedback from our fans, artists, and the industry – and can’t wait to show everyone what we have in store next year.”

We could go on and on about how captivating and memorable this past edition of Electric Zoo was, but words simply don’t do it justice. From its stunning, al fresco ambiance at Randall’s Island Park near upper Manhattan to its immaculate vibes and electrifying soundscapes all-around, Electric Zoo New York will never stop being one of our favorite music festivals to attend. Electric Zoo is home.

Related Topics:electric zoo
Up Next