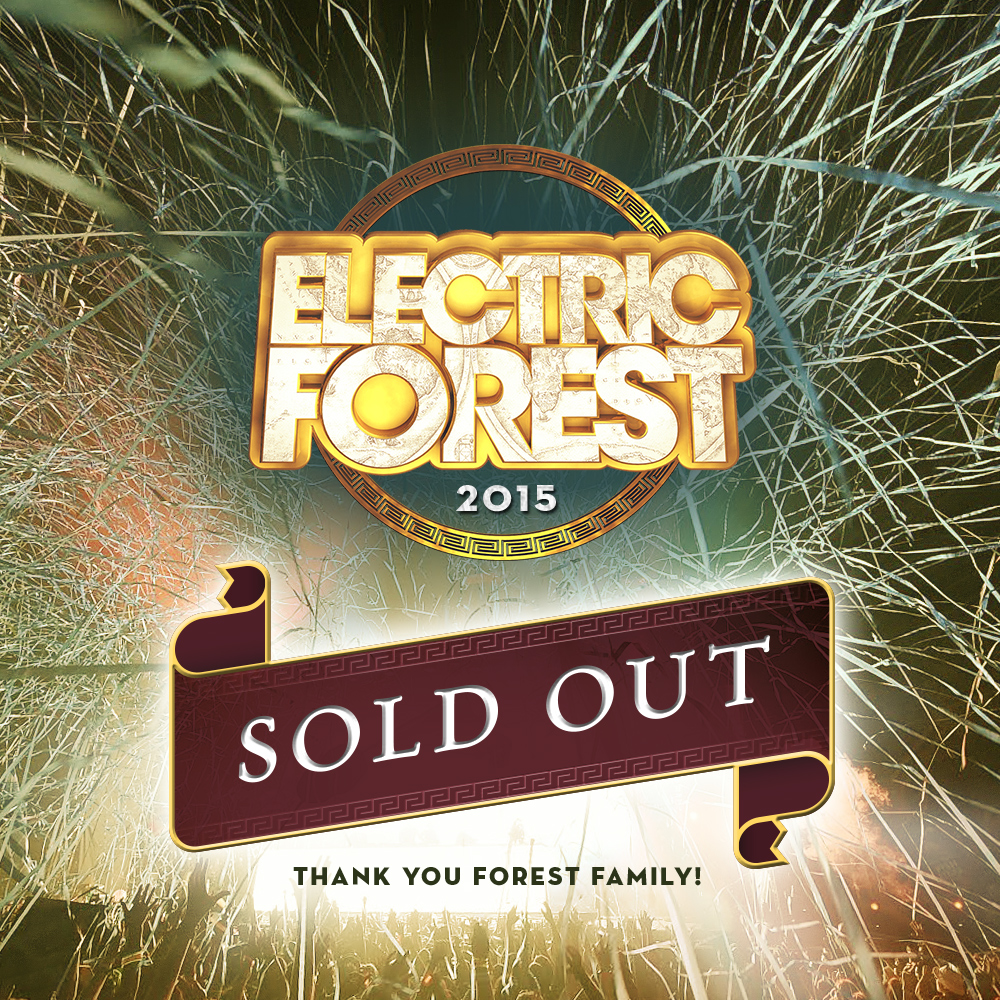 Tickets for Electric Forest Festival have sold out in record time for the 2015 edition of the annual event. Held in Rothbury, Michigan, Electric Forest (EF), which is a 4-day music and arts festival, sold out less than 24-hours following the announcement of its 2015 artist lineup.

Spanning from June 25 – 28, 2015, EF is set against the pristine backdrop of the majestic Sherwood Forest. Scattered across the forest grounds will be commissioned art pieces and an eclectic mix of displays, colorful characters, and variety of performs. EF sets out to create a magical experience for its attendees, and as in previous years, it’s sure to do just that with its 2015 installment.

Having sold out 3.5 months earlier than in its previous years, EF also offered a variety of GOOD LIFE VIP experiences, which sold out in just minutes after going on sale in December of last year.

Set to take the stage at Electric Forest 2015 are a wide variety of performers across an extremely diversified lineup. For five years running, EF is welcoming back a fan favorite, The String Cheese Incident (3 shows), and heavyweights Bassnectar, Skrillex, Kaskade, Flume and Big Gigantic.

The complete list of artists announced for EF 2015, which is brought to you by Madison House Presents and Insomniac Events, can be seen HERE. Additional artists and curated events still to be announced. For more information on EF 2015, visit http://www.electricforestfestival.com.