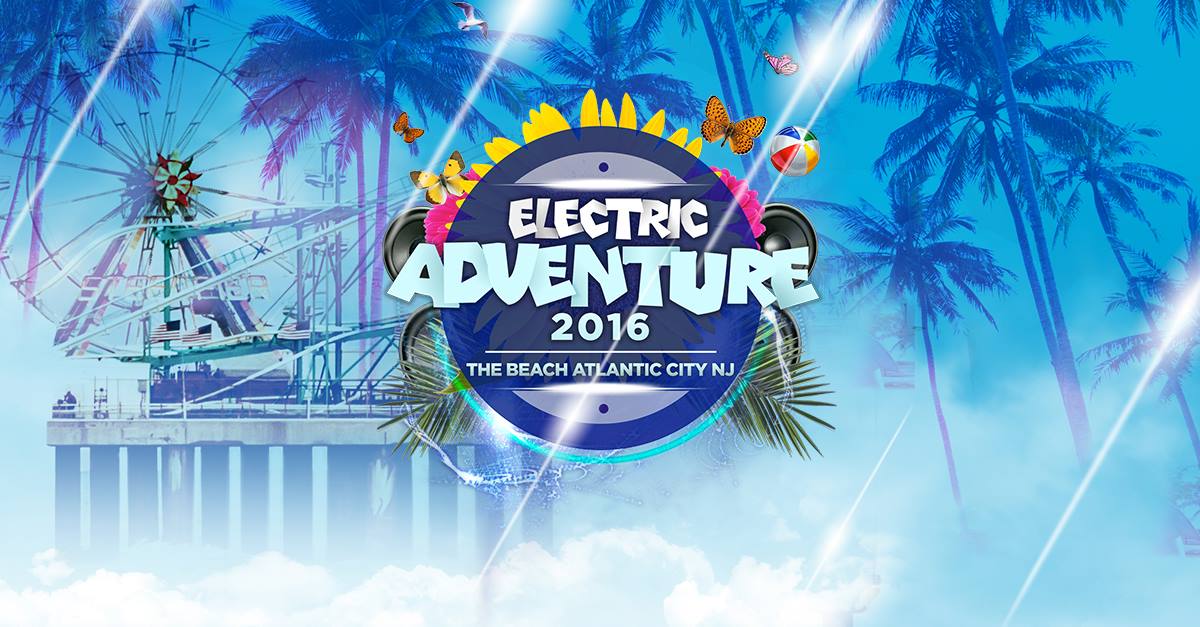 Electric Adventure 2016 is making its return to the beach in Atlantic City, New Jersey—but this year, they’re relocating to the world famous Steel Pier. So, in addition to a more diverse lineup than ever before, Electric Adventure will also offer festival-goers a slew of rides and attractions, which will be available to all attendees.

This year, Electric Adventure promises even bigger production than in previous years, with top-of-the-line production and stage design being handled by former Ultra Music Festival producer, Lee Heiman of Track Marketing. The newly improved site design is slated to include walkways through sand, strategically placed stages, additional water stations & rest/shade stations, an enhanced VIP experience (for VIPs ages 21 and over), and a major concessionaire for quicker/efficient drink lines.

The phase one lineup was announced on Aug. 2nd and includes acts such as DVBBS, Marshmello, Bad Royale, Brillz, Lady Faith, and more. On Aug. 9th, it was announced that Excision would be joining the lineup for EA 2016. Check this space for additional acts to be announced soon.

Tickets for Electric Adventure 2016 go on sale Friday, June 24 at 10am EST and are available at electricadventure.com.