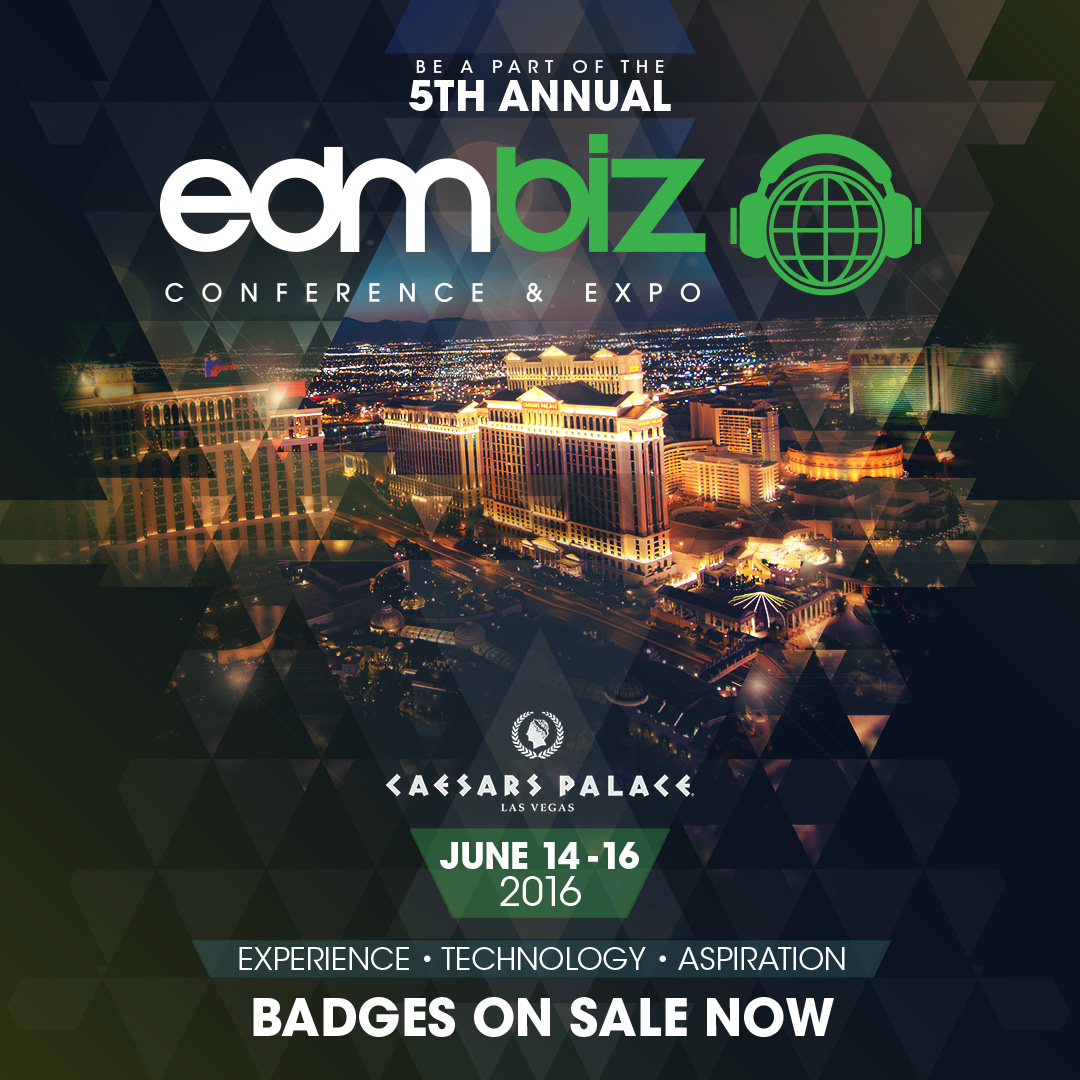 EDMbiz returns to Las Vegas in 2016 for its fifth annual installment. This year marks an expansion of the conference and expo, which moves to a new location at Caesars Palace.

In the days leading up to Electric Daisy Carnival (EDC) Las Vegas, EDMbiz returns to the Las Vegas Strip from June 14-16, 2016. Filled with leading innovators, “from artists, promoters, agents and journalists, to people who simply aspire to be part of this amazing culture, everyone has the chance to contribute to the discussion,” EDMbiz continues to be a trendsetter within the dance music community.

Las year, EDMbiz wrapped up its 4th installment at The Cosmopolitan of Las Vegas ahead of the massive festival, which is produced by Insomniac Events. Although the speakers and presenters of this year’s EDMbiz have yet to be announced, it’s safe to say that Insomniac will deliver another year of enlightening and buzz-worthy panels to EDMbiz.

“EDMbiz is a unique opportunity for our entire community to come together and shape the future of dance music,” said Pasquale Rotella, CEO and Founder of Insomniac. “From artists, promoters, agents and journalists, to people who simply aspire to be part of this amazing culture, everyone has the chance to contribute to the discussion.”

Always full of networking opportunities, EDMbiz hosts thousands of music enthusiasts who share the same passion for the industry and the future of the electronic scene. EDMbiz is also a great place to experience new technological advancements in terms of the latest DJ gear and digital gadgets.

It’s only fitting that EDMbiz celebrates its fifth year in a new location with renovations that include multiple rooms and platforms, ticketing tiers, and an expanded overall conference and expo space.

EDC is celebrating its 20-year anniversary under the electric sky at the Las Vegas Motor Speedway from June 17-19.