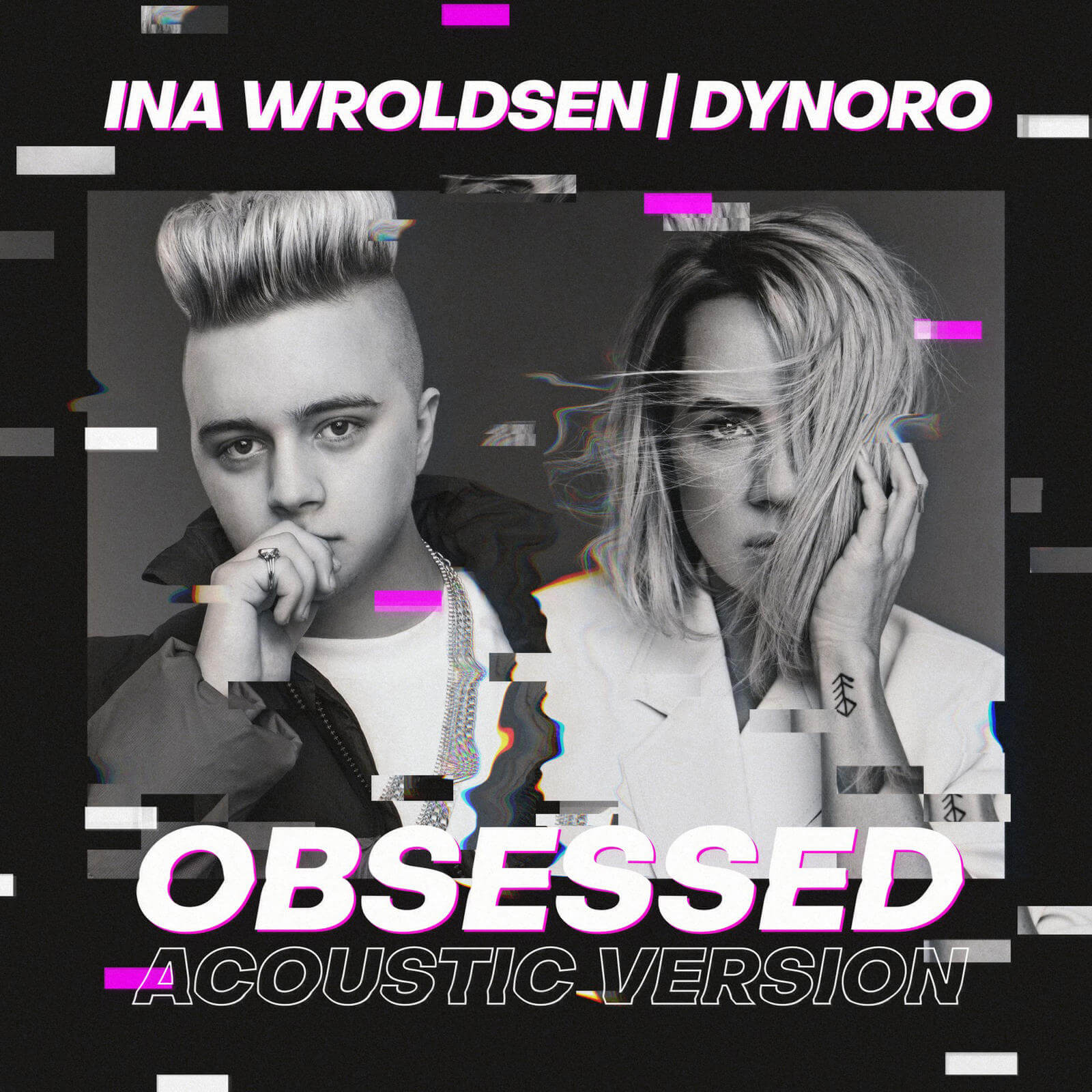 With over 40 million global streams, 4 million +  video views, and recently reaching #1 on Dance Radio in the US, it is safe to say fans are “Obsessed” with the Dynoro and Ina Wroldsen single. Both artists are pleased to release a new, hauntingly beautiful Acoustic Version available now.  Bringing the acoustic rendition of “Obsessed” to life visually, the single’s singer/songwriter Ina Wroldsen has also released a beautiful brand new video.

Aside from the chart-topping original, an official Tiësto Remix released Memorial Day Weekend to rave reviews across the dance music world from blogs to dance-floors alike. Now, Ina Wroldsen takes center stage in the latest version of “Obsessed”, showcasing the Norwegian songstress as not only a talented singer, but also a songwriter. Having written the lyrics to “Obsessed” herself, the acoustic version exudes a pure and stripped down melody with a painful lyrical core that is sure to captivate listeners on a completely new level.

What INA WROLDSEN and DYNORO put into the creation of “Obsessed” track is some kind of psycho-thriller and a cry for help – because being obsessed is inexplicable, unhealthy, and scary. It’s when you love so hard, you really want to get under the other person’s skin and risk losing yourself in it completely.

The Norwegian singer-songwriter famously worked alongside Calvin Harris on his smash-hit “How Deep Is Your Love” and was awarded one of the country’s most successful female musicians in 2018.

“This is a different kind of love song. It’s about the moment you realize, your love is turning from healthy and mutual to obsessive and excruciating. It was a fascinating song to write because it allowed me to get in touch with a darker side of myself, describing the search for a love that you know, deep down, isn’t there anymore.” says Wroldsen about the “Obsessed” single.

The original version of “Obsessed” was produced by 19-year-old Lithuanian hit-making prodigy producer and DJ, DYNORO, who reached global hit status with his single, “In My Mind” that has amassed over a billion streams to date. Stream the Acoustic Version of Dynoro & Ina Wroldsen‘s “Obsessed” today!