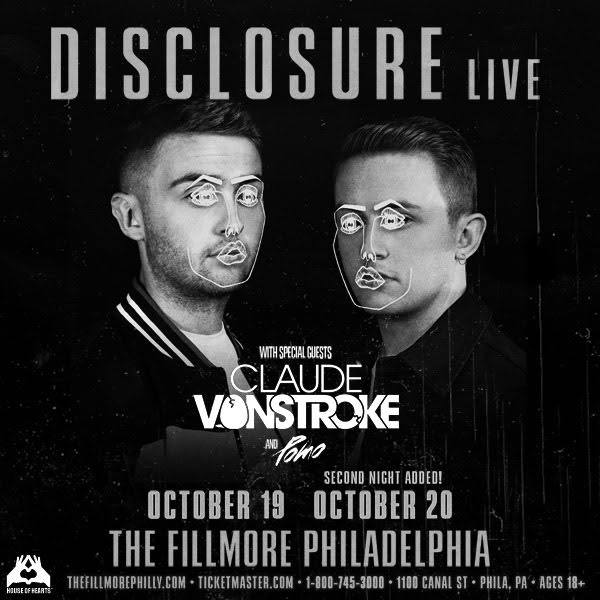 On Monday, Oct. 19 and Tuesday, Oct. 20, The Fillmore will be wowed by a wonderful performance from the Grammy Award-nominated brothers who brought you the major hit “Latch” featuring Sam Smith in 2013.

Taking their Caracal Tour to Philadelphia, Disclosure is making their return to the City of Brotherly Love in support of their newest artist album.

The duo has recently released their latest studio album, Caracal, which has been praised by dance music enthusiasts. The LP saw its official worldwide release on Island Records on September 25, 2015.

Tickets for Disclosure at The Fillmore on Oct. 19 & 20 are available HERE.

Win 2 VIP Tickets for ATB In Motion at Pacha NYC on Friday, Oct. 23